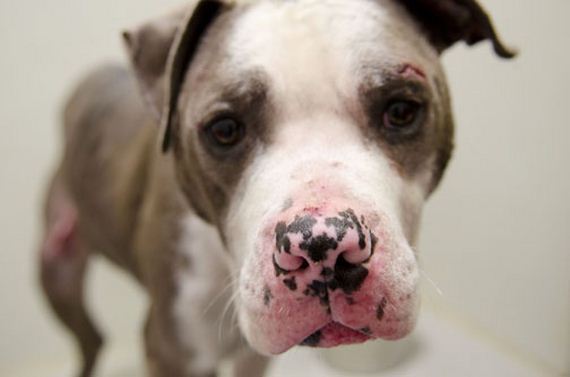 “There is a HUGE dog in the garage next door. No one lives there. The house is for sale. The dog stands up, then just lies back down. I think it might be injured.”   This is the call that came into Stray Rescue, but we had no idea what to expect when we got there.

The caller was correct in that there was a dog in the garage, and he was lying on a bag of trash to get comfortable. You could tell he was skinny before he stood up. He had multiple wounds and scars on his body, and he wouldn’t stop shaking with fear. 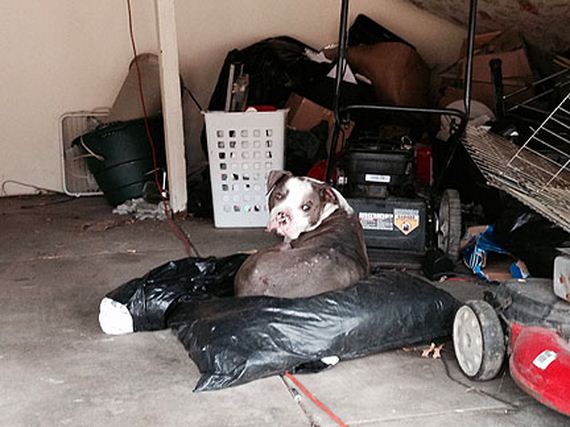 As we spent time with him trying to gain his trust, the more we realized that although his external wounds would heal, his emotional wounds would take much more time. We very rarely know the stories behind these dogs, but it was clear to us that this dog had some real skeletons in his closet. He trembled and let out low growls. He would take small bits of food, but he was very leery of the slip lead, so we had to approach him slowly and carefully. When I finally got the slip lead on him, the true extent of his fear was released. He started “gator rolling,” chewing the leash, and crying out. If you have never experienced that with a dog, it is absolutely heartbreaking to see them that scared, and you shudder to imagine what made them so terrified. Our soft words of comfort did little to help calm him down. 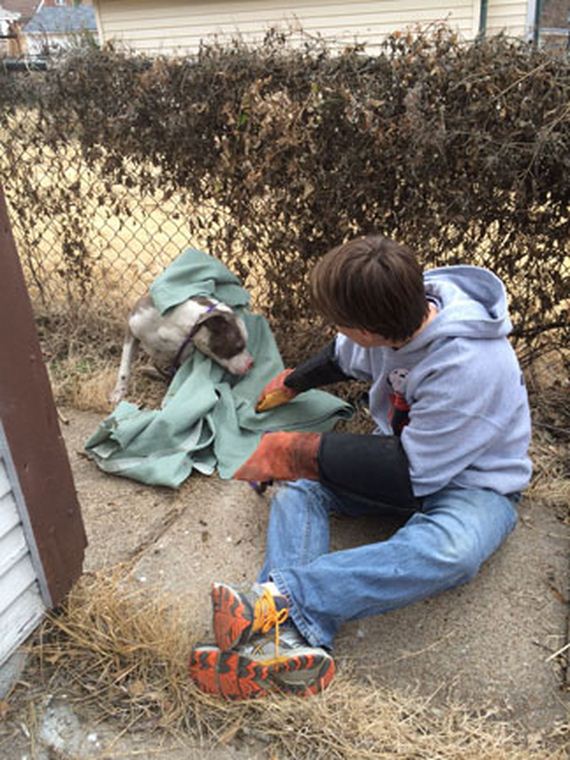 I tried to give him some time, but it was obvious the slip lead was not going to work to get him into the jeep. He seemed to calm down a bit with a blanket over him, so that was the plan. We got him on the blanket and picked him up in that. Once in the jeep, he seemed exhausted. He was falling asleep standing up, not even able to relax enough to lie down. It was a relief to get him to the shelter and comfortable in his apartment with cozy blankets, water and food. What he needs now is time to just decompress. We named him Maloney, and now it’s his turn to heal – both inside and out. 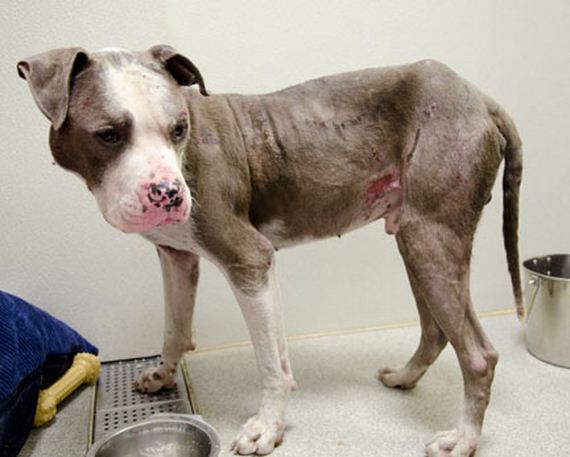 Maloney’s past must have been horrible for him, and it’s clear that humans have failed him. He cowers and yelps at the slightest movements, fearful that someone is going to hurt him again. Don’t worry, little buddy. No one will ever hurt you again. Lots of time and TLC will help him realize that. We will keep you updated on Maloney’s journey to recovery.