About a year ago, we told you the story of Bear, a sweet, old dog who had spent his whole life out in his owners backyard on the end of a chain on Long Island, NY.

The Guardians of Rescue, having heard his story, convinced his owner to surrender the dog so they could find him a loving, forever home — which is precisely what they did. 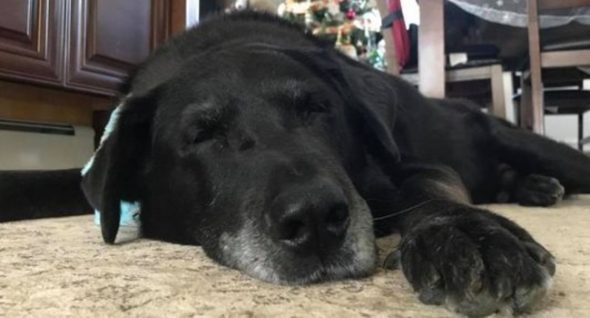 (See video below to watch Bear the moment he was cut free:)

One year later, he’s been liberated from both the elements and the loneliness and is living life in a home where he shuffles from room to room, happily following his new mom with love and appreciation.

On January 29, 2017, Kerrie Rosenfeld adopted Bear. His experience has been that of royalty ever since. He is living the good life. 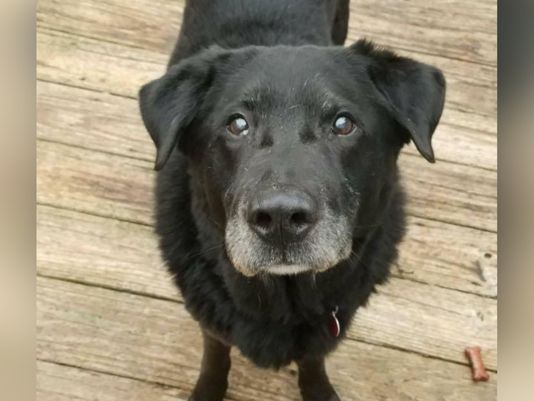 “He loves belly rubs, his twice daily walks, meal time and treat time, and walking from room to room in the house,” Bear’s mom told USA Today. “He has a bed in each room.”

Though he’s a senior and lived a tough life until now, Rosenfeld says he has quite a bit of energy.

“He doesn’t know he’s not a puppy!” says Rosenfeld. “He LOVES to run! Must be because he never ever got to do that before if he was chained up.”

Bear lives a life of puppiccinos, toys, time by the fireplace. Rosenfeld gives him whatever he wants. And Bear follows her everywhere. He is full of gratitude.