In Yeadon, Pennsylvania, five dogs were rescued on Thursday by the Brandywine Valley SPCA from a property where they had been terribly neglected. Two starving dogs were found with embedded chains around their necks and another dog’s ears had been cropped manually. Two puppies, no more than five-months-old were found living in the basement and severely emaciated. 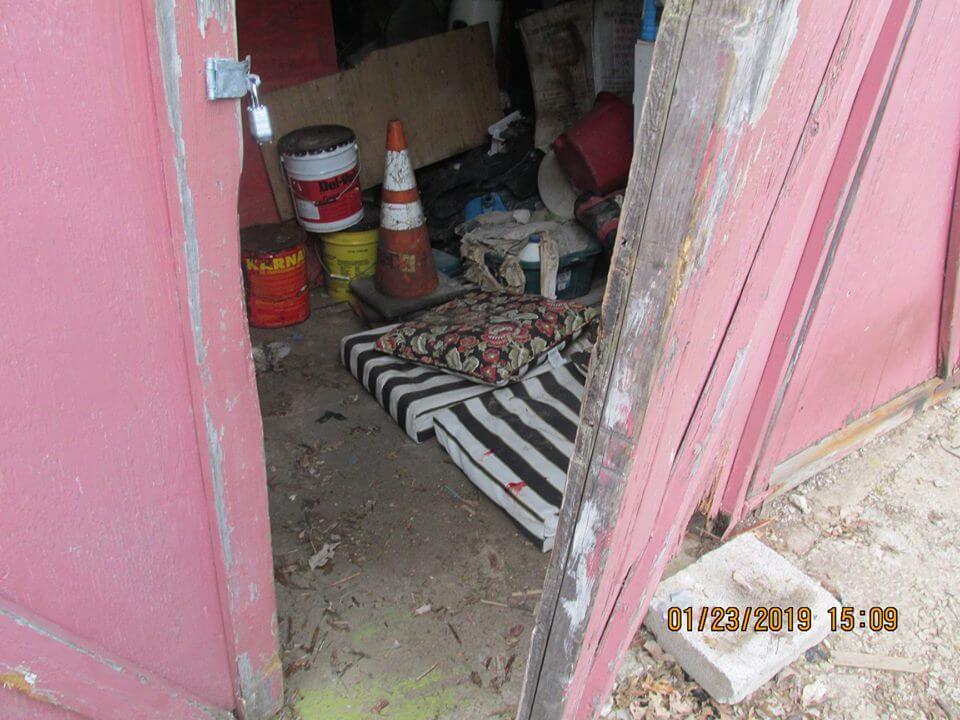 According to the rescue organization, the remains of a dead dog was also discovered. He appeared to have only been a puppy. 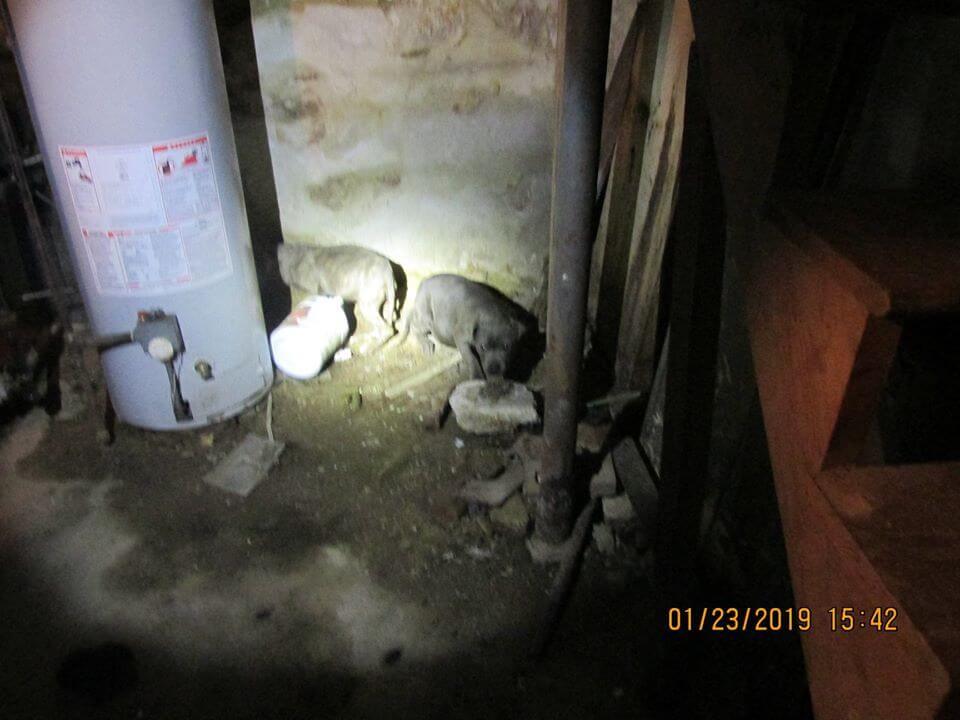 “We’re caring for the survivors at our West Chester Campus, and the deceased dog was taken for a necropsy.”

The owner is expected to face charges of improper tethering, lack of veterinary care, insufficient housing, felony animal cruelty concerning the dead puppy and a misdemeanor charge for cropped ears. The conditions where these dogs live has been described as “appalling and unacceptable.” 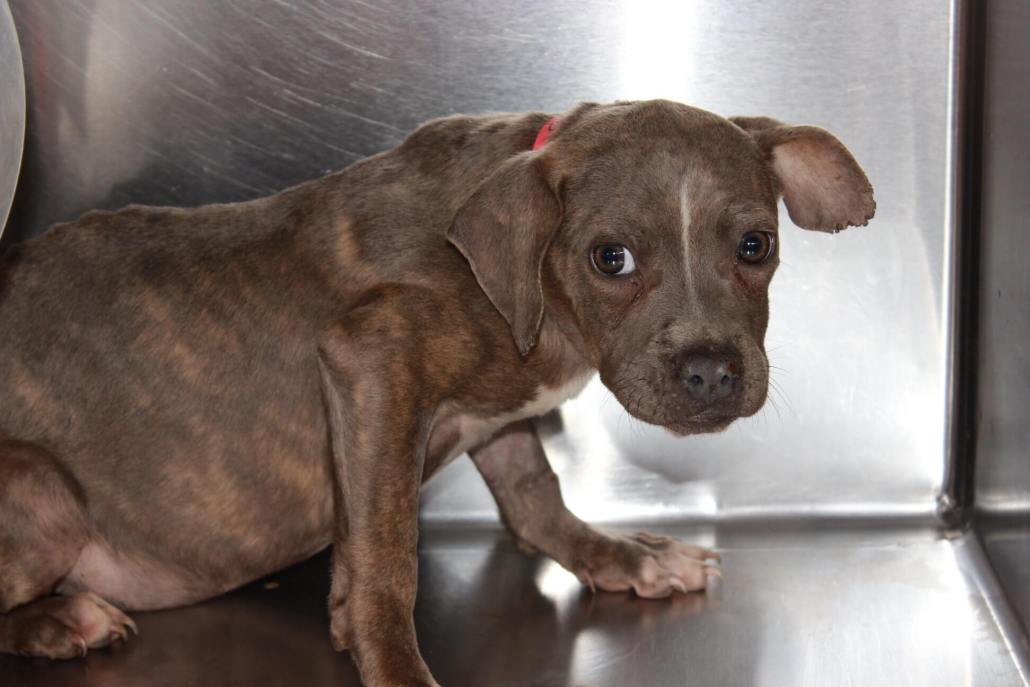