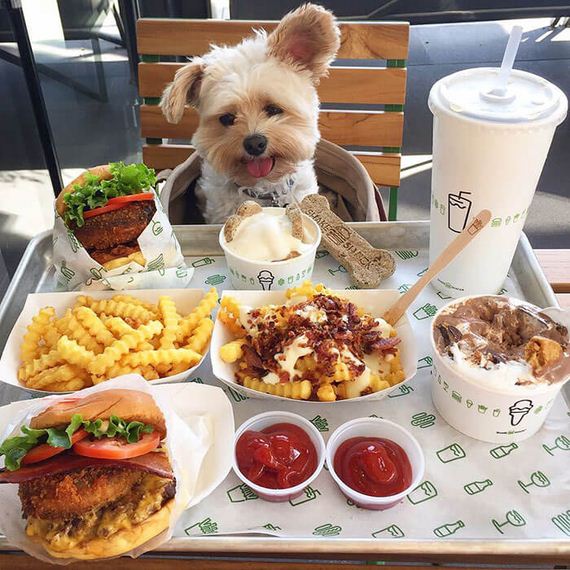 Popeye, the dog, is making the rounds at all the best restaurants in LA. Popeye was once a starving stray who only ate what he was able to find laying around. Now, the pooch eats some of the most amazing food you have ever seen with his new owner, Ivy Diep. Ivy said she found Popeye as a stray – he was very skinny, matted, and dirty. 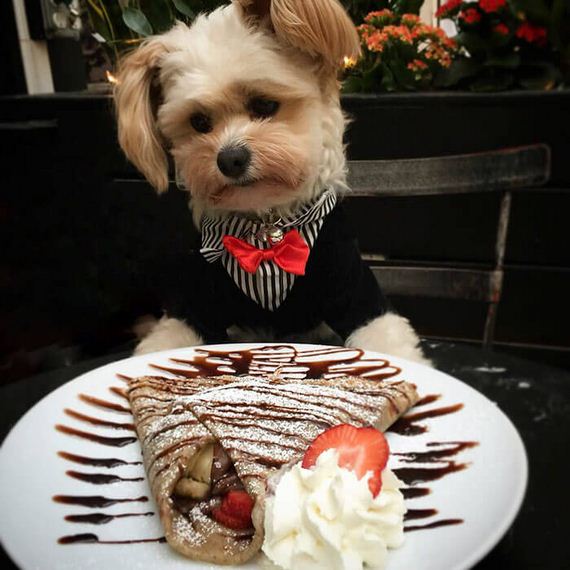 At the time, Ivy wasn’t looking for another dog, but no one wanted to take Popeye in, so Ivy kept him. It wasn’t long before Popeye had made a space for himself in their house and in their hearts. 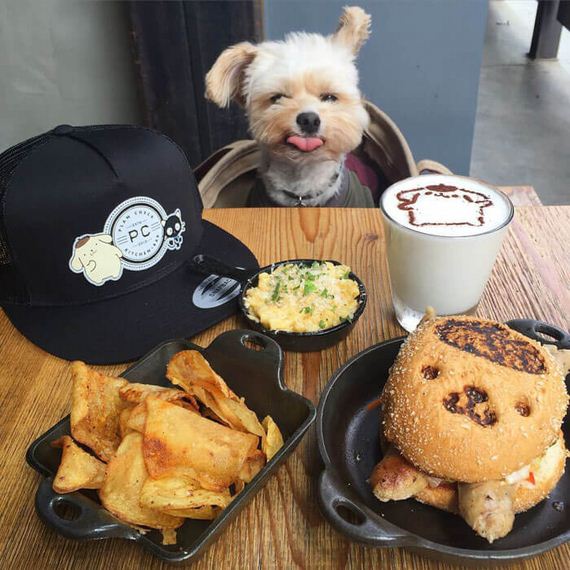 One of Ivy’s friends, Jen, suggested that Popeye have his own Instagram account because he is so cute. 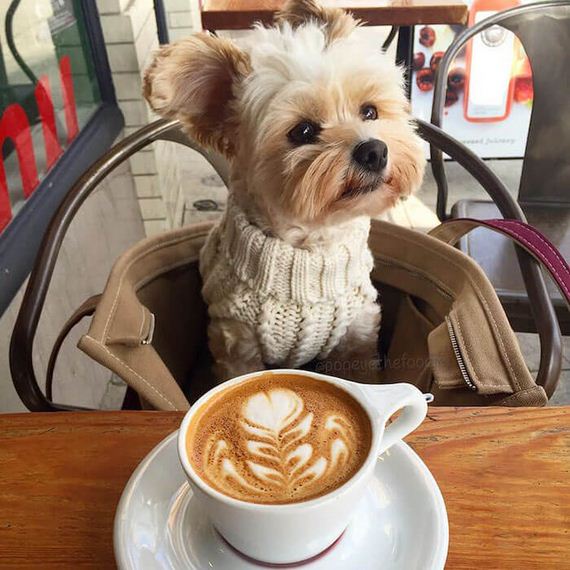 Jen and Ivy would go on ‘Instagram dates’ and take pictures of the amazing food they ate. 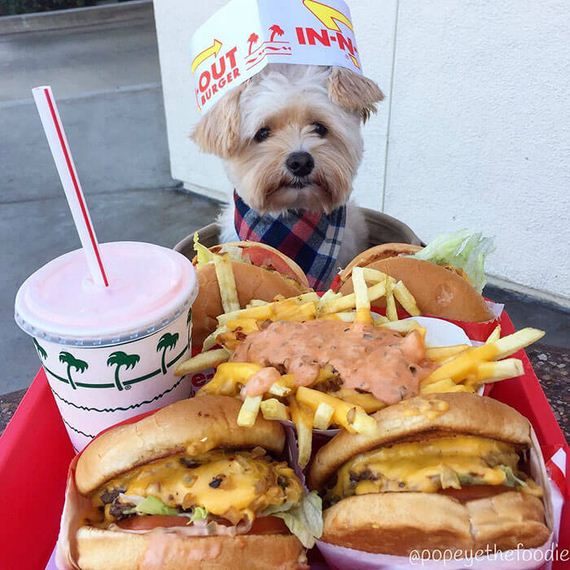 The idea was to bring Popeye along on the date and take pictures of the food and Popeye! 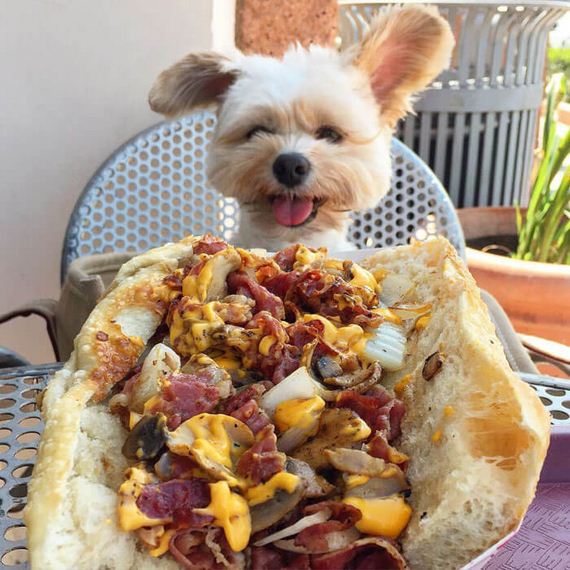 Despite his past, Popeye is very good around food and doesn’t lunge for it. 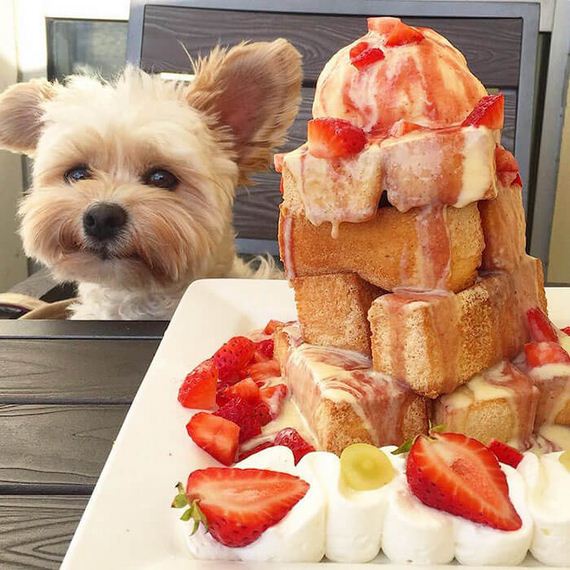 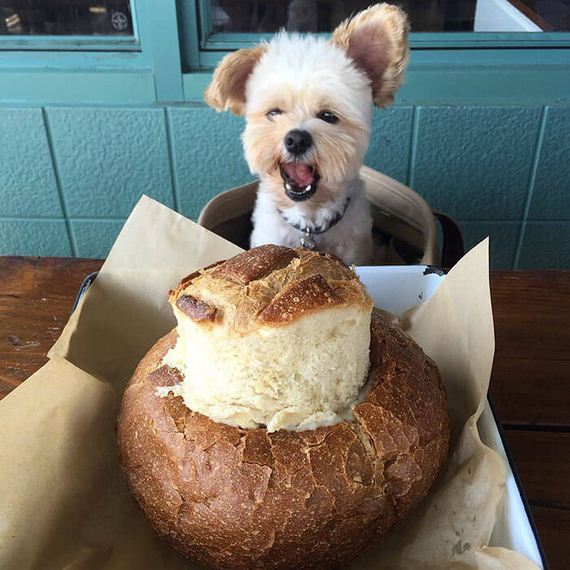 Ivy brings a bag of dog food and treats for Popeye to enjoy for times when the food isn’t fit for him to eat. 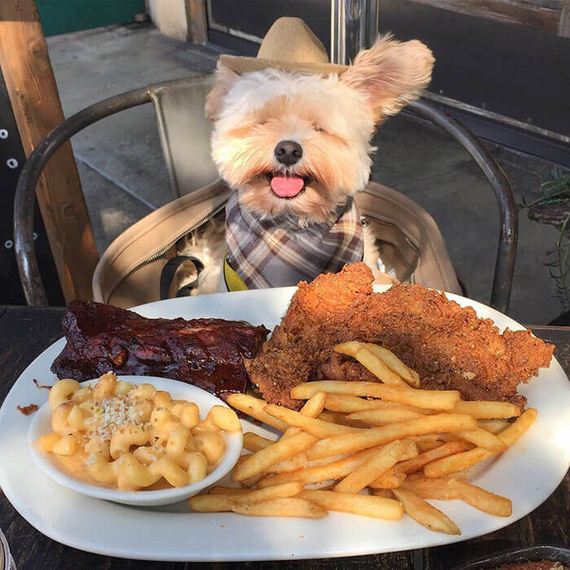 Popeye’s Instagram account (Popeye the foodie) has over 120,000 followers, and it features pictures of Popeye with and without a huge plate of food in front of him! 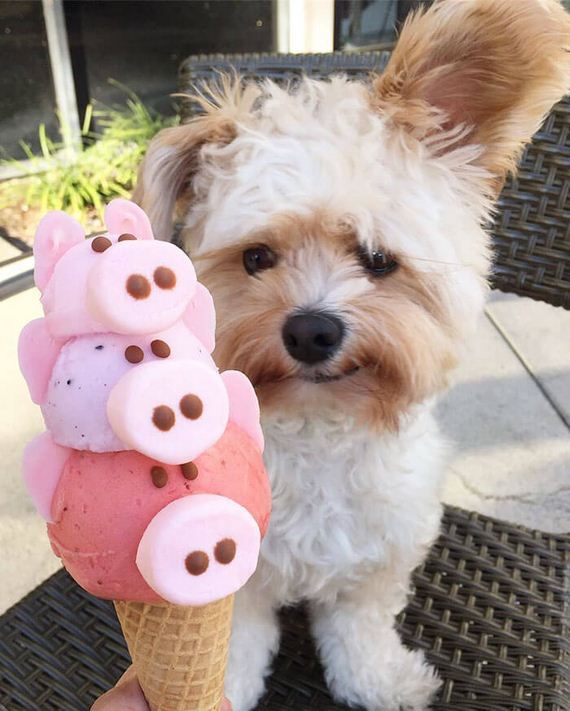 Scroll down to see all the delectable items that Popeye has been pictured with. Popeye is one lucky dog!