What was supposed to be a routine traffic stop for an Oregon state trooper turned into a rescue of 10 helpless puppies.

Senior Trooper and K9 Handler Travis Peterson with the Oregon State Police stopped a car on the highway near Medford, Oregon when he noticed the driver acting suspiciously. He decided to investigate and was surprised at what he saw when he popped the trunk.

“A consent search revealed 10 Husky/German Shepard puppies locked in the trunk with no water and no air-conditioning on a 90 degree day. The puppies were being transported from Fontana, Ca to Seattle, WA.”

Trooper Peterson took a selfie with the puppies before transporting them to Jackson County Animal Services in Phoenix, Oregon. 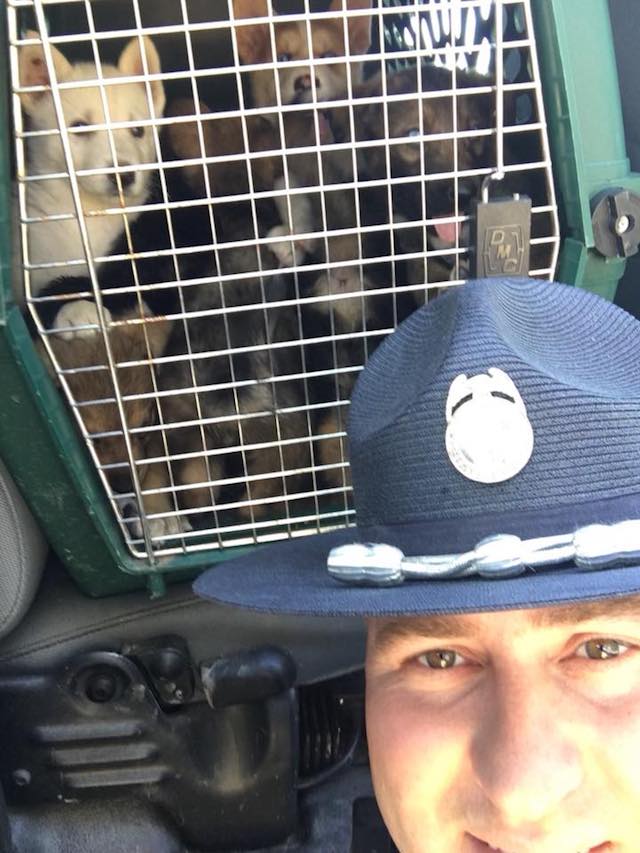 “The owner of the puppies was cited for Animal Neglect,” the OSP added before saying, “OSP’s K-9 unit is not always about just finding illegal drugs, some days they get to save the lives of puppies.”