About two years ago, a man named Jose from Columbus, Wisconsin, was facing hard times. He lost his wife, job, and eventually had to live out of a car. Jose adopted a puppy he named Chaos to be his companion. The dog helped him through many hard times, but he knew that such a large animal would need a better living situation temporarily. A friend of a friend took in the dog, but once Jose got back on his feet, they refused to give the dog back.

Amazingly, that dog was Chaos…and when the rescue called the number associated with the collar, Jose answered! He thought that his dog was gone for good, but fate had a different plan in mind.

Chaos was there, and he was ready to reunite with his family. 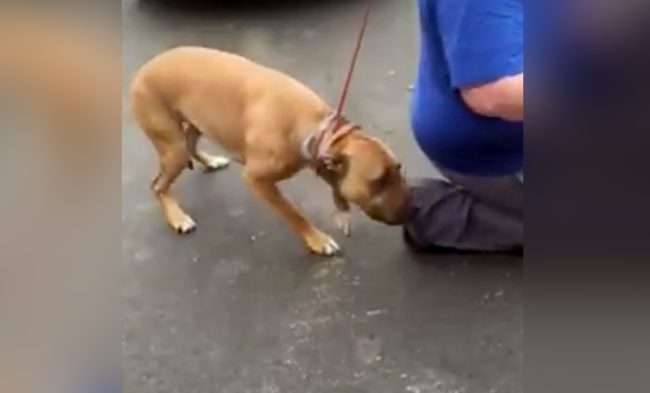 The next day, Jose picked up Chaos at the shelter. The dog’s reaction is amazing.