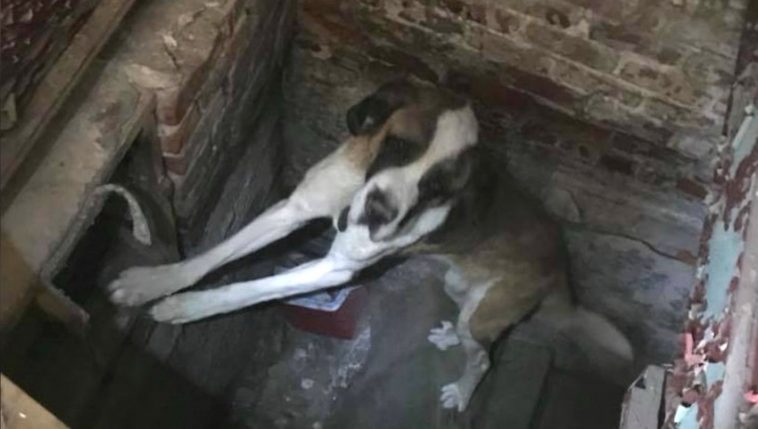 Trapped in a basement of an abandoned house, a St.Bernard had no way out and would have met a tragic end had his barks for help not been heard.

Bentley had been thrown in the basement that had no stairs, no way out and was pitch black. Whoever put him there left him with no food or water. They left him there to die.

Apparently, it’s not the first time neighbors have heard barking coming from the abandoned home. Dogs are dumped there and usually a Good Samaritan will hear them and come to help. But no one came for Bentley for days and by the time he was found, the large dog was seriously underweight. 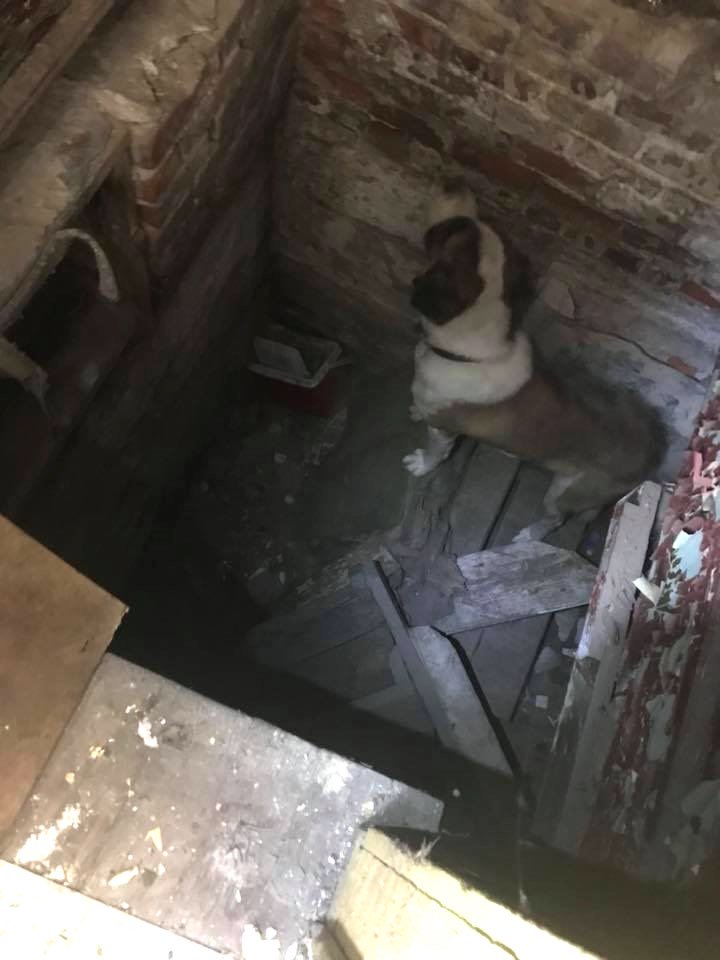 But thankfully, someone did finally hear Bentley’s plea for help and Detroit Dog Rescue and local animal control officers arrived to save him.

“It’s something you see in horror movies. This St. Bernard was locked in a basement of an abandoned house with no stairs and absolutely no way to get out. Alone and in the dark, he wasted away while he waited each day for rescuers.”

The rescuers worked together to pull him out. 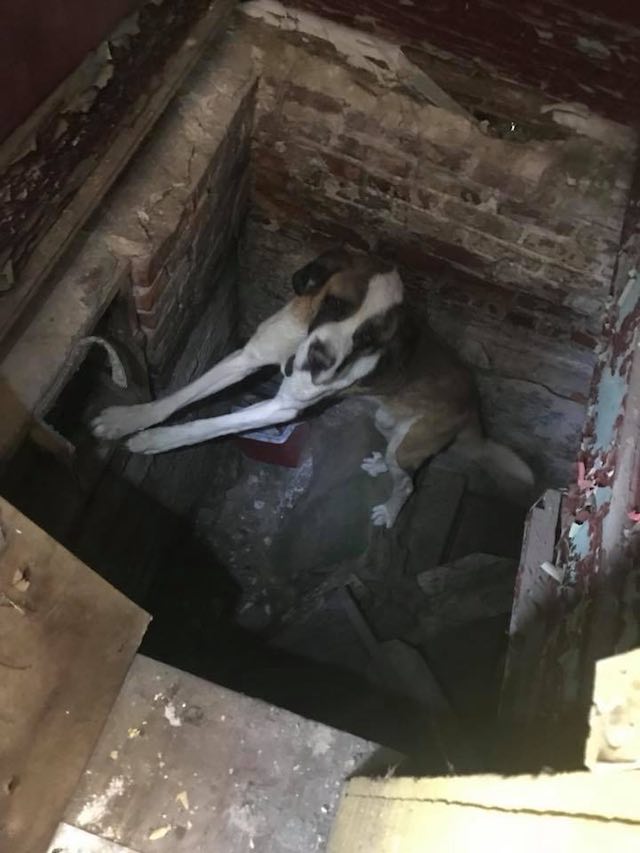 Once Detroit Dog Rescue got him to their shelter, he needed a second rescue – he needed urgent medical care before his body shut down due to starvation and dehydration.

“Bentley is over 40lbs underweight and straining to eliminate,” DDR wrote. “Of course, in these cases we are always fearful of organ failure, but Bentley seems to be doing okay.” 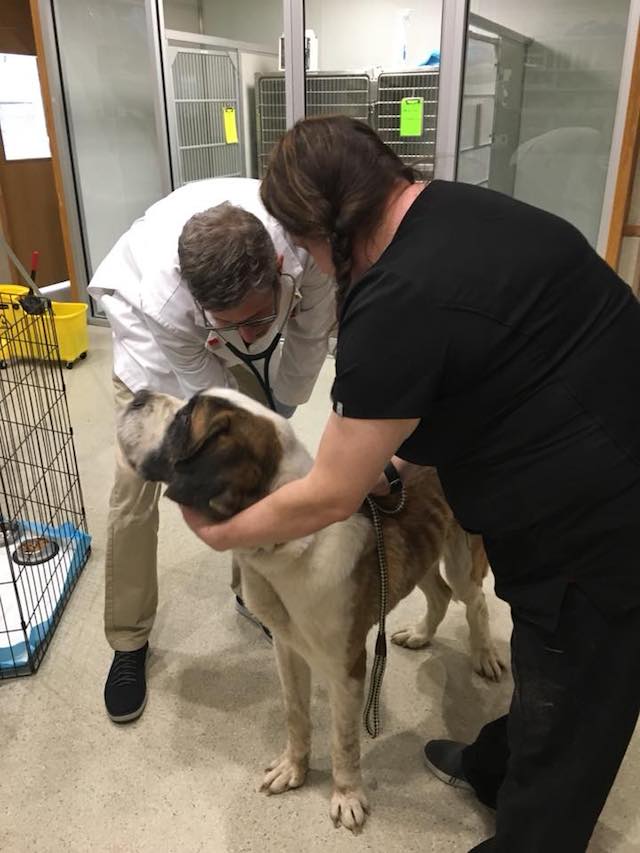 Bentley was wearing a collar and reacted so gently and sweetly to his rescuers’ care that they knew he must have been someone’s beloved pet.

After several days of administering fluids and a slow feeding schedule, Bentley began to recover. Not only that, but DDR learned that Bentley did, indeed, have a family. His family saw photos of him on DDR’s Facebook page and knew they had finally found him. 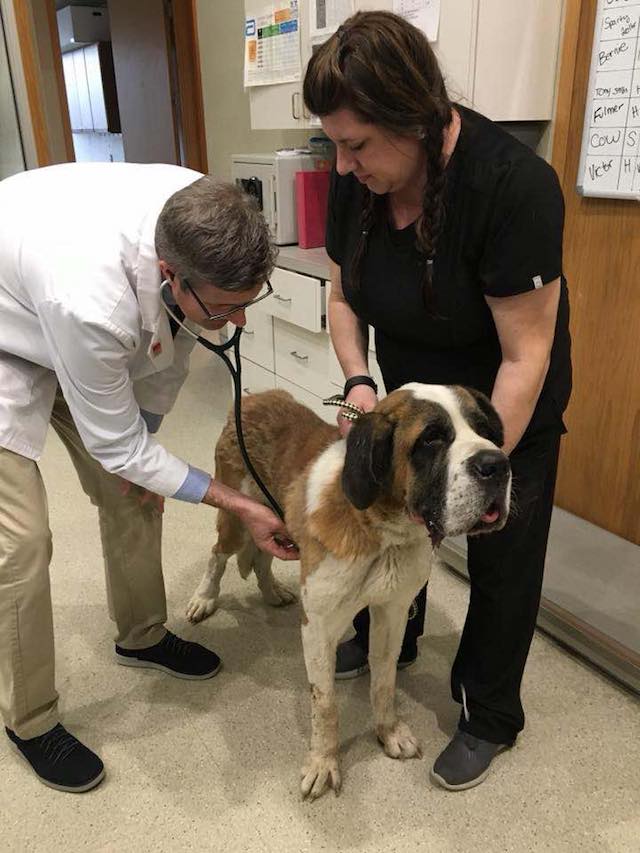 Bentley had been stolen out of their yard a month ago and they had been looking for him ever since.

Kristina Rinaldi, executive director of DDR, told The Dodo, “They thought they would never find him again, and he was so happy to see them. They couldn’t believe how skinny he had gotten.” 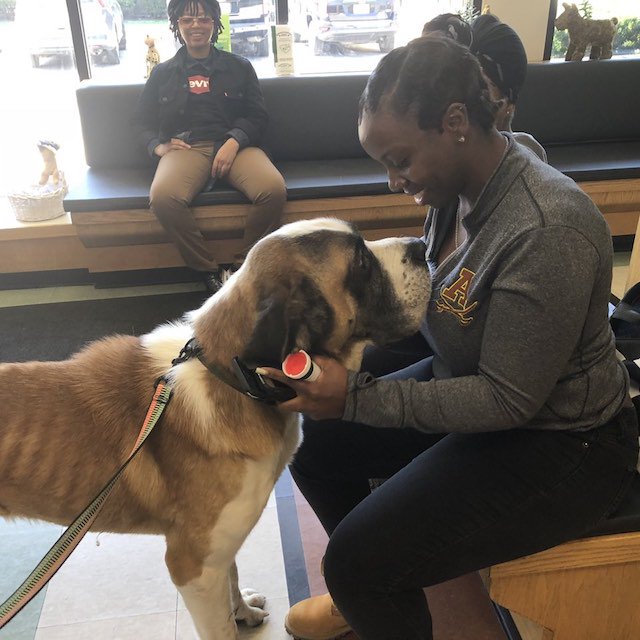 It was a happy reunion that could almost have never happened had Bentley not been found in that basement. And although Bentley has a way to go until he’s fully healthy, he is thankfully back with his family.

“Everybody was just so happy, and extremely heartbroken over it,” Rinaldi said. “He was really loved and missing for a long time, so they were overjoyed to have him back.”