Reunited and it feels so good… A dog that had been stolen some months ago has found his way back to his family.

In a video originally posted on Louisiana SPCA’s social media sites, rescuers say that they found a dog tied to a fence just outside their shelter.

Cow, the aptly named dog due to his color, was said to have been stolen from his family. His family had been actively looking for him when they heard that he had been found by the shelter.

A staff member found Cow tied outside the shelter when he was on his way to work. They said that they found the dog scared and cautious, growling softly when meeting new people.

When Cow was taken into the shelter, shelter staff told The Dodo that, “When he was given treats and people would ‘baby talk’ [to] him, he would stop. Since he was found tied to our fence, it makes his reaction common.” 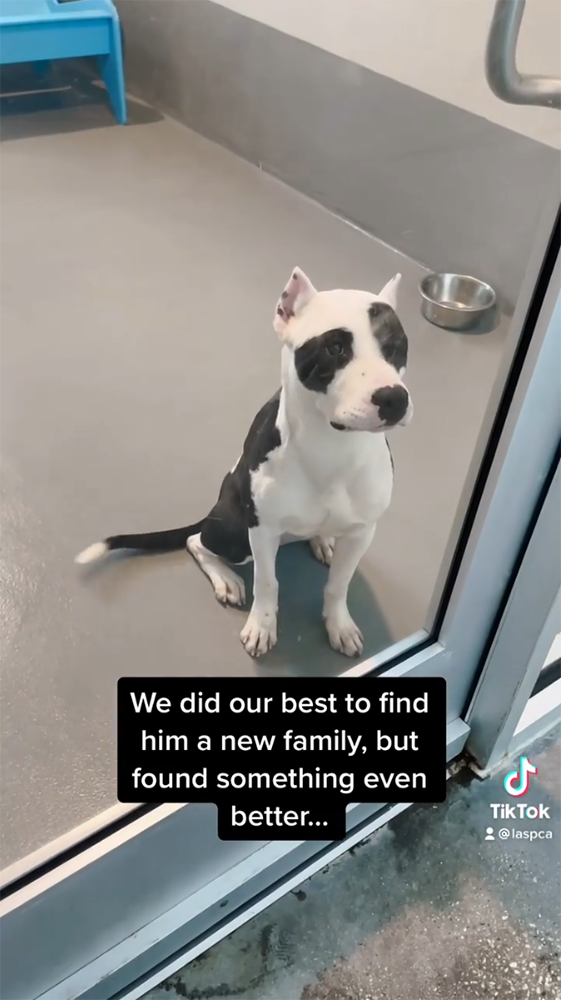 When Cow was beginning to feel at ease during his stay within the shelter, it had already been two months since he had been found. He didn’t have a microchip, so the shelter didn’t know how to find his owners. Miraculously, when the shelter was working on finding him a new forever home, they found his original family. When the shelter reached out to the family, they were beyond thrilled to hear that their lost dog was now found.

Although Cow had grown accustomed and friendly towards the people at the shelter, he was visibly excited when he got to see his mom, furiously wagging his tail and quick to jump around the room and to his mom’s arms. 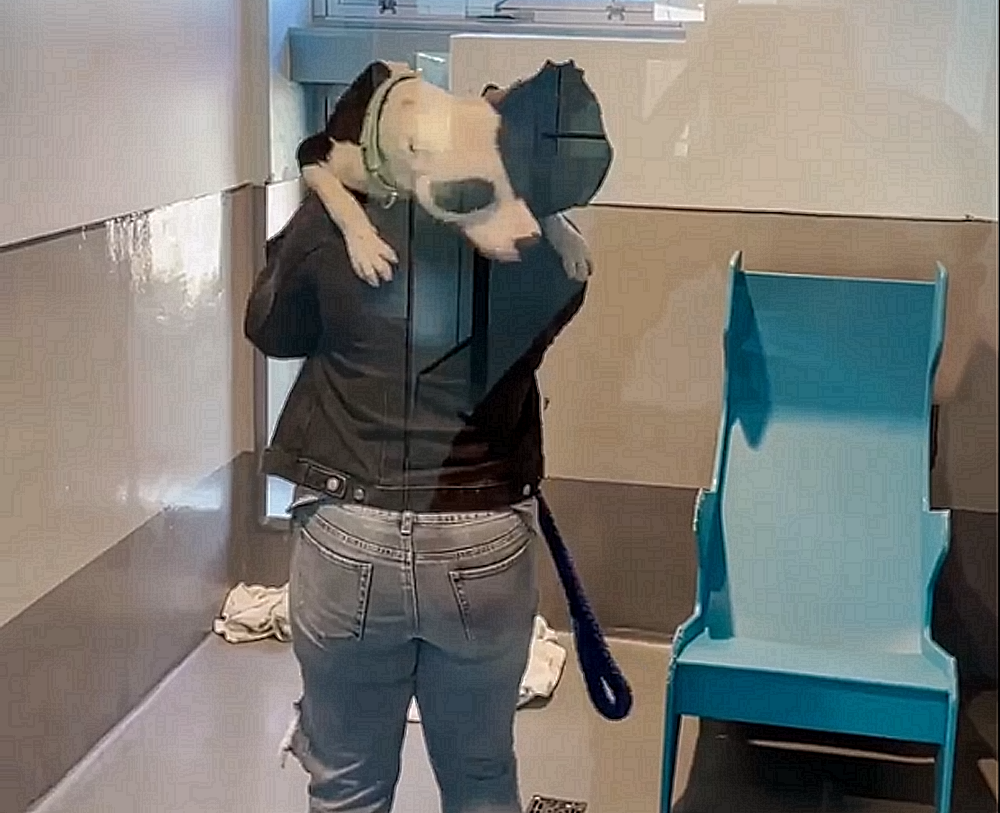 People across all of LASPCA’s platforms have commented that, through Cow’s story, they were urged to make the decision to microchip their pets to avoid experiencing the same things as Cow and his family did. In their Facebook comment section, The Louisiana SPCA replied positively to a commenter who said, “I hope he’s microchipped and registered to his family now. ❤️❤️❤️” On their Instagram, the LASPCA also replied that all animals brought into their shelter cannot leave without a microchip, so yes, Cow is definitely microchipped now.