Ten years ago, and two years before Tessa was stolen, a breeder brought a group of Yorkshire Terrier puppies to Friedlander’s home where she picked out two dogs: Ted and Tessa. Friedlander loved both puppies, but there was something unique about Tessa.

Louise Friedlander told the Naples Daily News that she felt there was something unique about Tessa from the moment she met her 10 years ago. 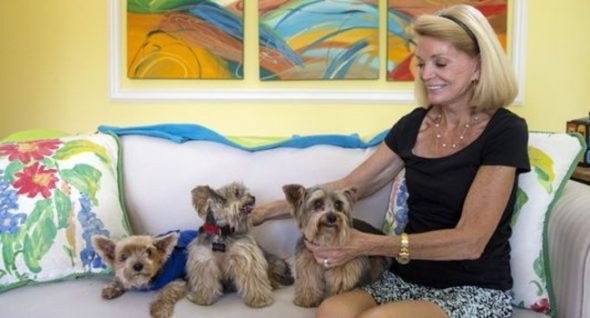 Louise Friedlander told the Naples Daily News that she felt there was something unique about Tessa from the moment she met her 10 years ago.

“She loved every dog. She has an aura where other dogs are friendly to her,” Friedlander said. “She has no fear of other dogs or people and they don’t seem to attack her.” 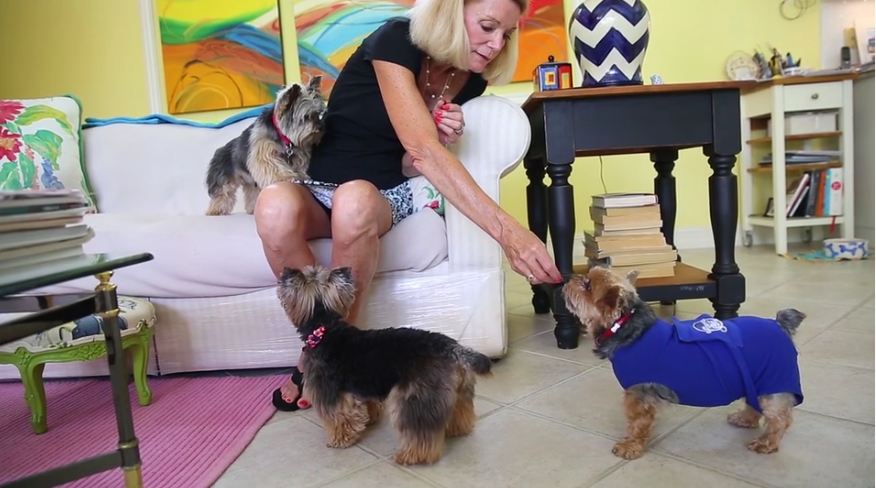 Just last month, she escorted Ted to the Rainbow Bridge; he was old and suffering from seizures.

“After Ted passed away I made up my mind that I wasn’t going to get anymore dogs,” Friedlander said. “That was it.” 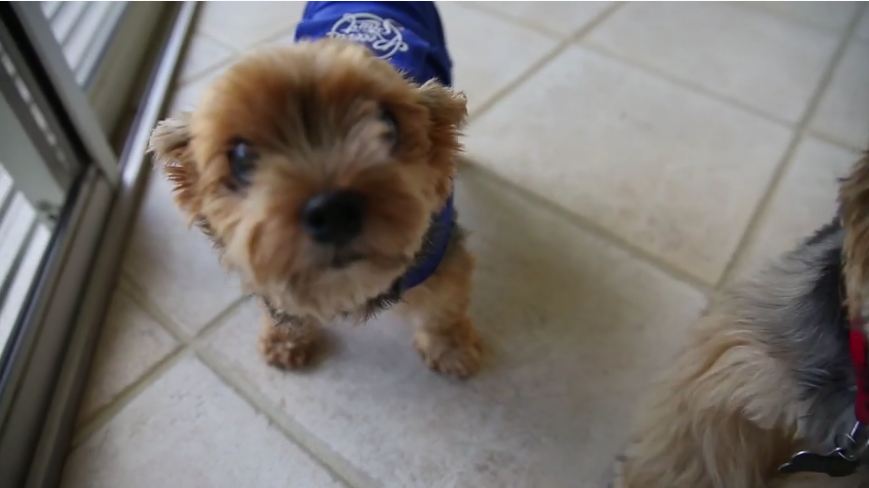 But one week later, she received the call she never expected. Tessa, remarkably, had been found.

Five hours after the call, Friedlander (who hadn’t slept a wink!) drove to Lee County Domestic Animal Services. Staff took her in front of Tessa’s cage and asked Friedlander if Tessa was her dog.

“I said, ‘Tessa, it’s Mama!’ She jumped up on the cage and she wagged her tail and licked my hand and she smiled, like a Pepsodent smile,” Friedlander said. 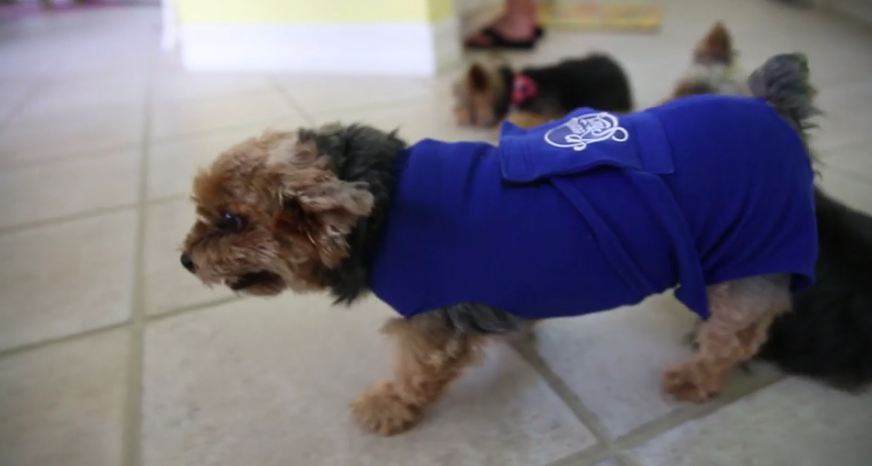 Before she could take her home, Friedlander had to make sure Tessa received shots and was spayed. Outside of a mouth and an ear infection, Tessa, now age 10, was a healthy dog.

No one knew what to expect, though. Tessa was going home to two dogs she’d never met.

“I thought I was going to have World War Three, but it’s been just fine,” she said.

Tessa fit into the family as though she’d never left.

“It was really bizarre because I put her out in the courtyard and it was like she recognized it. She checked everything out,” Friedlander said. “When she walked into my bedroom, I have this little plastic step stool for them to get onto my bed, at that point she just put her paws on it. She knew what it was for.”

In the time since Tessa’s come home, she’s lost some weight, had warts removed and had teeth pulled due to infections. Right now, she wears a little blue coat to keep her from bothering her stitches. But even with the medical issues, Friedlander says it’s a joy to have her back. 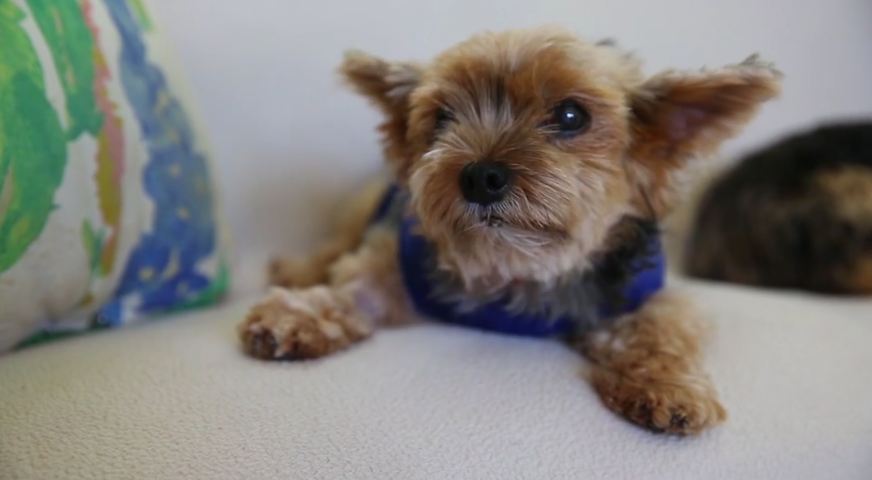 “I don’t have children, so these are my kids,” she said. “Tessa is back and, oh my gosh, she has a very domineering personality. She’s really a character, but they all get along.”

Friedlander hopes others will learn from her story that chipping their pets is essential. Without it, she’d never have gotten Tessa back.

When Friedlander sees Tessa around her home, she can’t help but think about Tessa’s brother, Ted, who she had to put down one week before Tessa was found.

“I truly believe that it was a miracle and that Ted brought her back,” Friedlander said 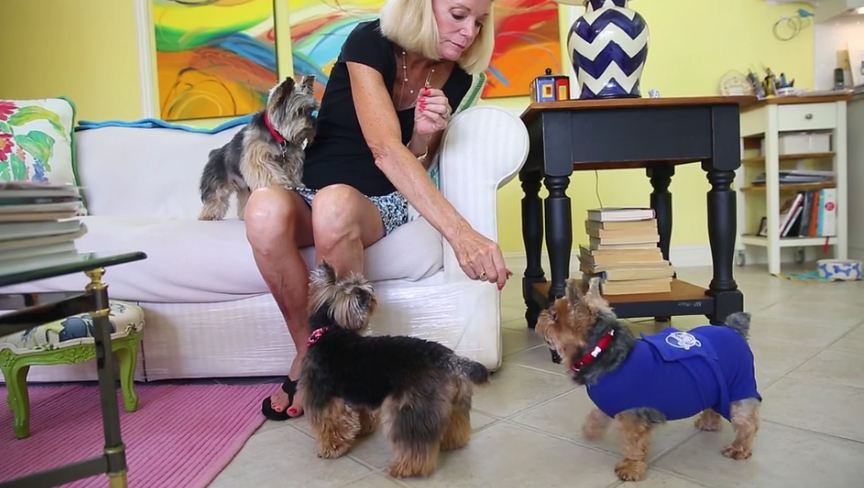