Stowaways come in all shapes and sizes. Sometimes, they even have four legs.

Video footage of a train conductor escorting a hitchhiking cat off a Chinese train has gone viral on Douyin.com, China’s version of TikTok. The woman who posted the video joked (in Mandarin) that the cat was “forced to leave the train after refusing to buy a ticket,” according to the Daily Mail. 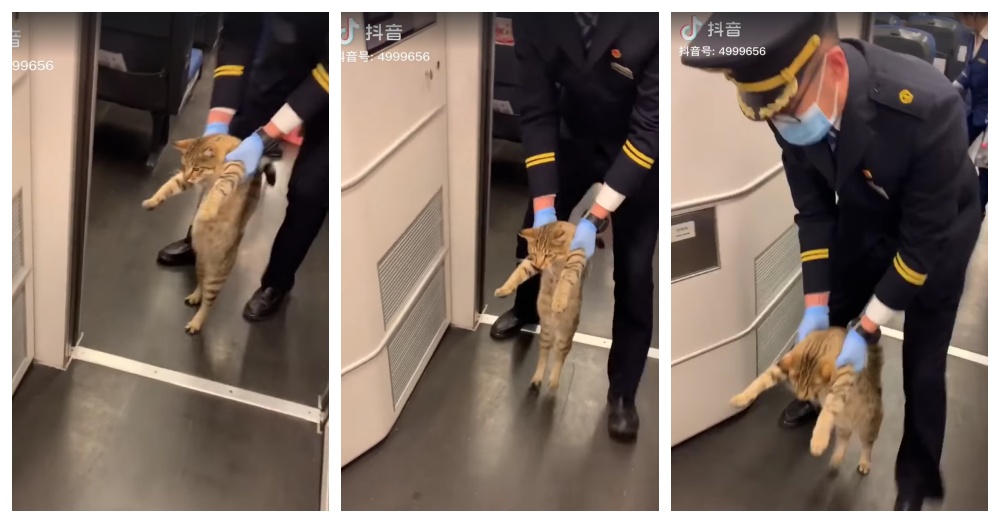 Millions of netizens were equally tickled by the stowaway cat’s antics, which many described as “hilarious” and “adorable,” according to the Daily Mail. “Hahaha this is too adorable. Look at the way it was walking with choppy steps,” one user noted. “The cat must [have] thought it could pay for a ticket with its overloading cuteness,” another person agreed.

But others worried about animal’s well-being, especially if the cat was lost or abandoned by its owner. “A stray cat would not even let you touch it, let alone being held,” one person countered, noting that the cat also looked too well-groomed to be a stray. “I think it was either lost or dumped by its owner. Did they just leave it there at the train station? The video might have made people laugh online, but in reality, the cat is probably still living on the streets.”

“This is not funny at all,” another user agreed. “What happened to the cat afterwards? Can’t they do a bit more and find it a safe place to stay?”

What do you think? Is this trending video cute or cruel? Let us know in the comments!