Though it is impossible to know how many homeless animals are on the streets, the ASPCA estimates around 3.3 million dogs enter shelters in the U.S. every year. This means that about 670,000 are euthanized.

Texas is especially known for high rates of homeless pets as well as high statistics of animals in the shelter. In the warmer climate of the southern United States, the dog breeding season can last year-long, this increases the amount of puppies being born. This means a lot of furry friends needing lifelong homes.

Meet Bear, a stray dog from Hutto, Texas who has been roaming the area since 2010. 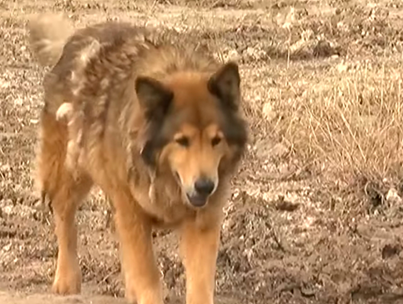 Bear is known locally for his long, gorgeous coat and stature. Hutto’s residents suspect that he did once have a family that dropped him off in the area and never came back. Stories like this are never easy to hear, but knowing he has not given up and keeps surviving touches the sore spot quite nicely.

The people of Texas have all grown to love and appreciate him over the years. Though no one had earlier claimed him or taken him in, the folks there do take care of him. Whenever Bear was out, it was a sure thing to find food scraps from people’s homes for him or hiding places to take shelter during any tempered weather. People in the area even created Bear his very own Facebook page with updates and photos, which speaks to the soft spot in the community.

As the years passed, Bear proved his reputation by becoming a master of escape and hiding, even though he is friendly with all of the Hutto residents. His confident stature could be a product of the cunning way of avoiding capture. 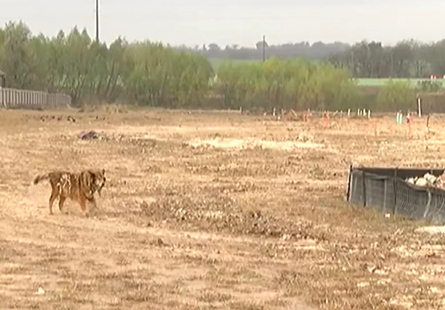 Bear could recognize the animal control can, and at that point, it was likely that they never expected to catch him most of the time. The moment he would hear the sound of the van or see it in the distance, he already planned out his route of escape.

The elusive and crafty dog was on the local Animal Control’s radar for years. Even with all the practice, they still never managed to capture him. Wayne Cunningham, an officer for Animal Control would often speak of how good the fluffy dog was at evading his fellow officers.

As good as he was at evading capture, that does not mean that he would never be caught some day. Even if he is not caught, the world can be unforgiving if you do not have a home of your own. The open fields and lots that Bear would call home will not always be vacant.

If they were to ever be sold and built on, Bear would lose his home and part of his routine. For this reason, Hutto resident’s agreed that it was best if Bear finally got the permanent home that he deserved.

Although Bear gets collectively taken care of by the locals, the Mendoza’s are the first people Bear was totally comfortable approaching. He would constantly frequent their household and Irma has gotten closer to Bear than anyone so far. 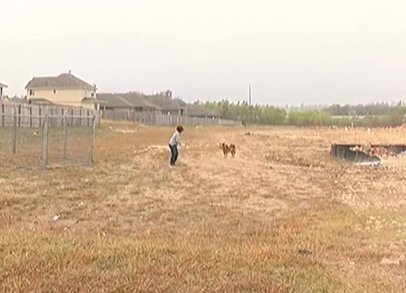 The Mendoza family is represented by Irma Mendoza and her son, Alfonso Salinas. Irma and Alfonso have become Bear’s go-to source for food and shelter if he could not find it anywhere else.

Even though Bear is not exactly their pet due to his size and commitment, they became like guardians.

“He’s pretty much a family member.” Alfonso said to RonProject. 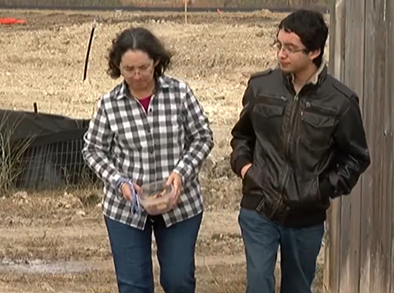 Do not be fooled, the story really does have a happy ending. Niroshini Glass, another Hutto resident, really wanted to share her home with Bear.

“If he’s been through all this and he’s still going strong, he’s not skin and bones thanks to her [Irma], then he deserves to be in a home.” said Glass.

As of now, Bear is happily residing in Niroshini’s home after being evaluated by vets and groomers. He will no longer have to look for scraps in a field anymore, and the Hutto residents can know he is happy, loved, and warm at all times.