A Good Samaritan called the Arizona Humane Society to report a pit bull puppy who was stuck on a roof. The nine-month-old stray didn’t quite understand the danger he was in and was having the time of his life. When rescuers arrived, the dog was happy to see people were joining his roof party! 😀 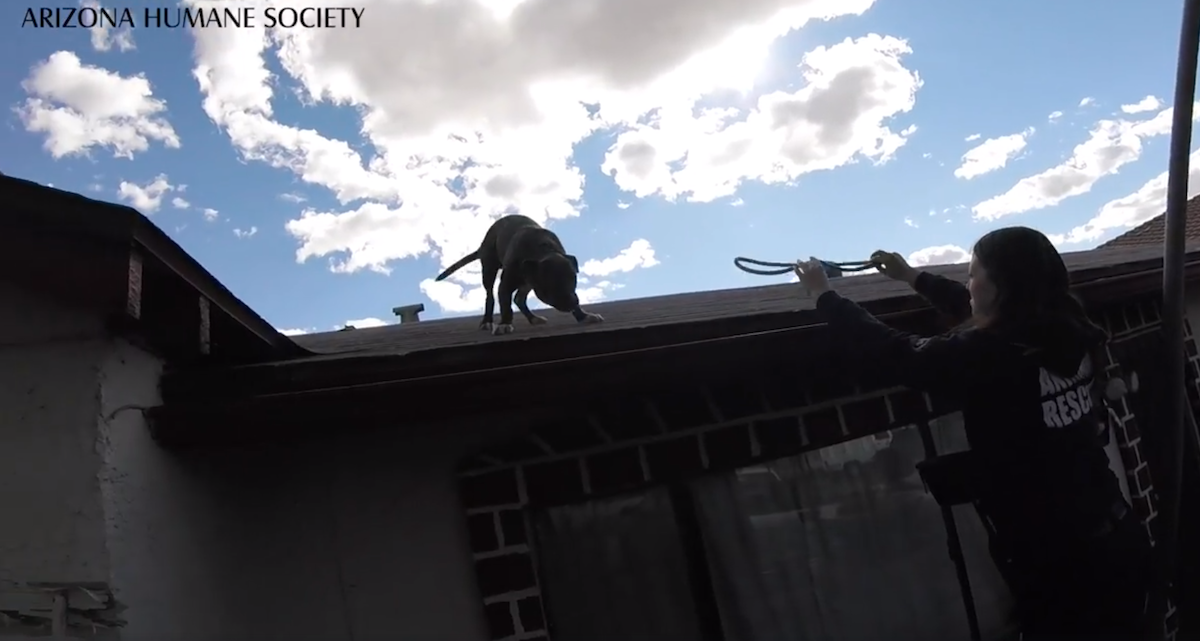 The rescuers arrived fully expecting to see a scared, hunkered-down dog awaiting assistance on the roof. Instead, the dog was having a grand old time! When one of the workers got up onto the roof, the friendly dog came running with the utmost excitement. 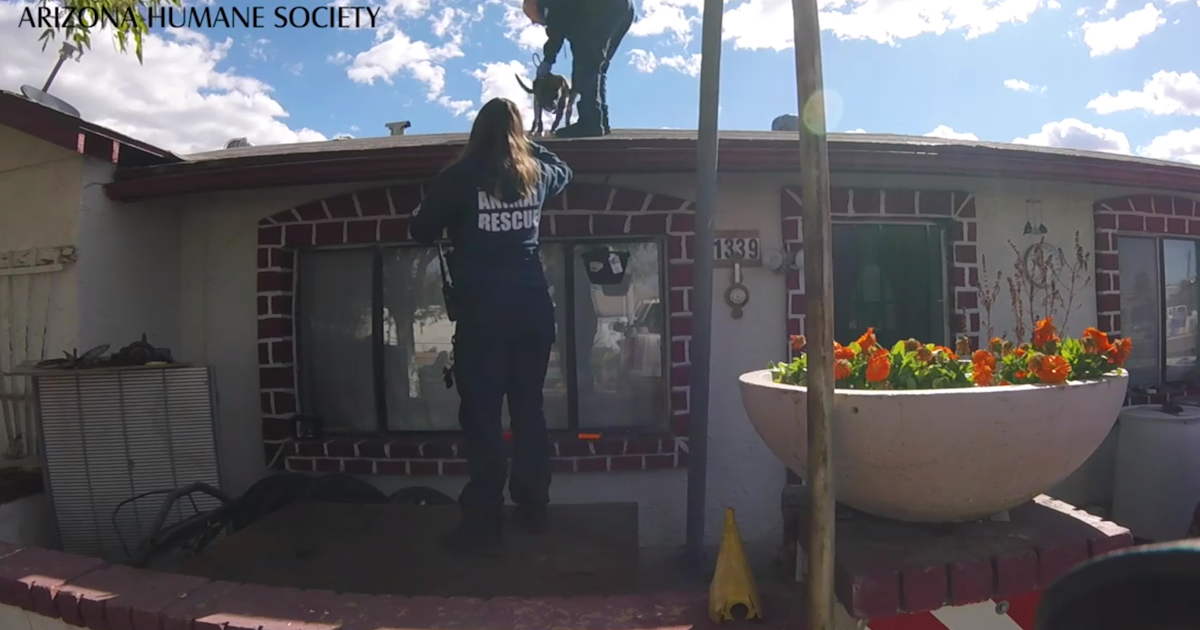 The pittie was safely lowered to the ground where he continued his cheerful bout. Not surprisingly, this sweet pooch was adopted only a week after arriving in their care! Now Rufio has a roof over his head and not under his feet. 😉