A homeless dog had been living on the streets for weeks. Luckily, a Good Samaritan saw him and contacted Hope For Paws for help.

When rescuers arrived, they saw the little pup hiding underneath a car. They quickly put a gate around the car so he couldn’t escape. The little dog, who they named Batman, was so terrified that he flashed his teeth and growled at rescuers. He didn’t understand that they were there to help him, not hurt him. 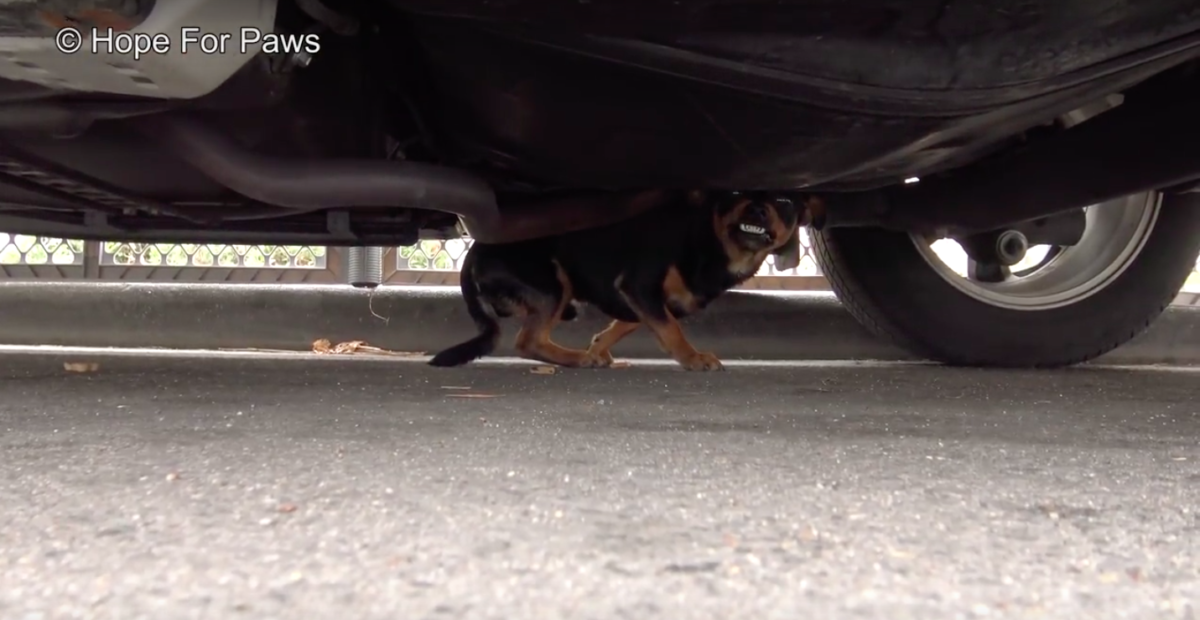 They got him into their car to take him back to their clinic. He sat on their lap and immediately fell asleep; it was obvious that he finally felt safe. 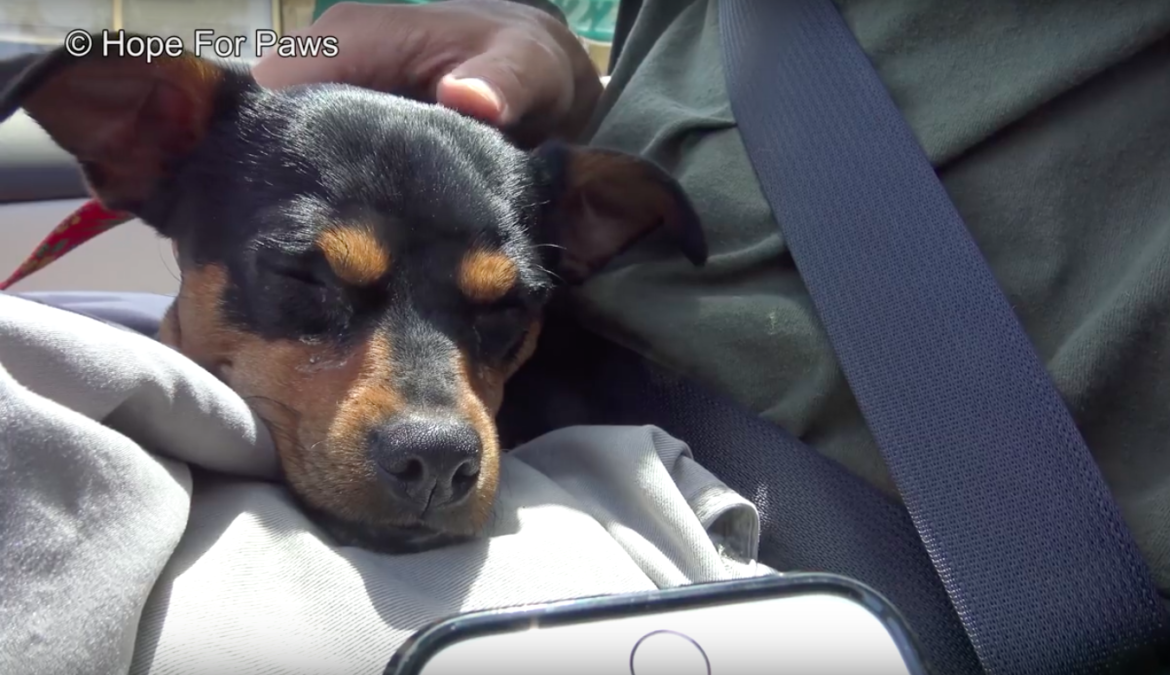 At the clinic, he was examined and received proper medical care. Soon after, H.E.L.P (Home For Every Living Pet) found him a loving forever home! He is loving his new home where he has a yard to run in, a doggy sibling to cuddle with, and lots of toys to play with!

Watch little Batman’s rescue in the video below. There are many strays just like Batman who are living alone on the streets and absolutely terrified. They all deserve a second chance. If you see a homeless dog in need of help, contact your local shelter or animal rescue!