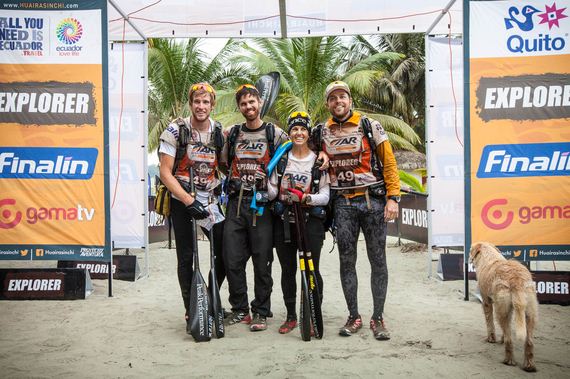 A stray dog joined the Swedish team in the multi-sports Championships in Ecuador. Team captain Mikael Lindnord gave him a meatball —“ after that he chose Michael as his new master.

It all started with me giving Arthur a meatball when we we’re eating right before the long trekking. When we set off we did it with some other teams, and I didn’t understand that Arthur was following us until we were alone and he was still there. At one stage we had to take a break and the dog was totally wrecked. We opened two cans of food and let him eat, because he could find no food at all in the djungle.

When we got in to the TA, Simon was feeling very bad and we had a few hours stop here for him to get checked up by the medics. As we were leaving, the organisers adviced us not to bring Arthur, as it was a big dog and it could be unsafe on the water. But when we set off in the kayaks, he started swimming after us. It was too heartbreaking and we felt we couldn’t leave him, so we picked him up. We could hear the people cheer on the shore as we set off.

But he was kind of in the way during the whole paddle and we had to find different paddling tecniques to not kick him off board. A few times he jumped in to the water and took a swim, and then he crawled back up again and was freezing so he got to wear ourjackets. One time we got quite close to land and he jumped off and swam to the shore, and we thought that was the last we were gonna see from him. But he ran on the road for a bit and then he swam back to us.

When we finished, everyone wanted to ask about the dog and he has slept outside our hotel room tonight. Right now we’re at a cafÃ© and he’s just lying here at our feet. We are looking in to the possibility to bring him back to Sweden.

Arthur is now coming with the team to Sweden on the same flight as the team, later to be quarantined in Sweden for four months and then move in with Mikael. It will cost $6700, but there is no doubt that Arthur is worth it. 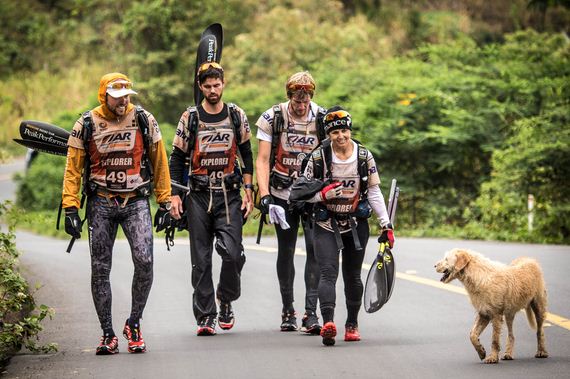 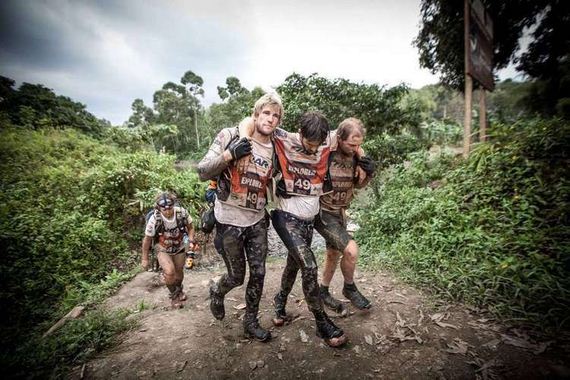 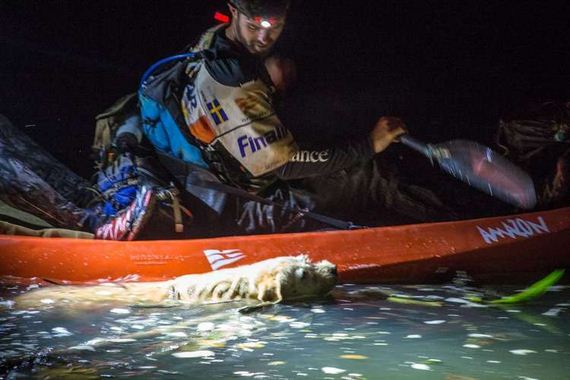 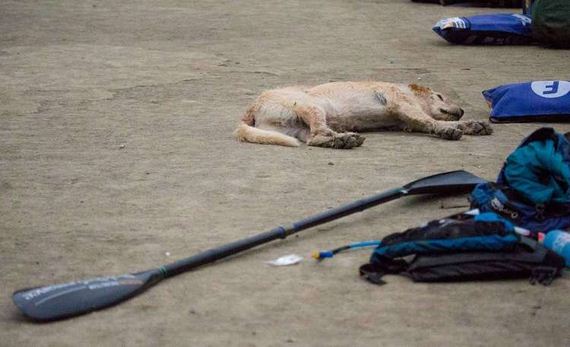 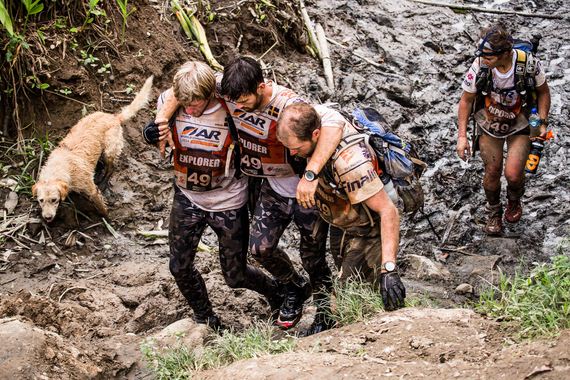 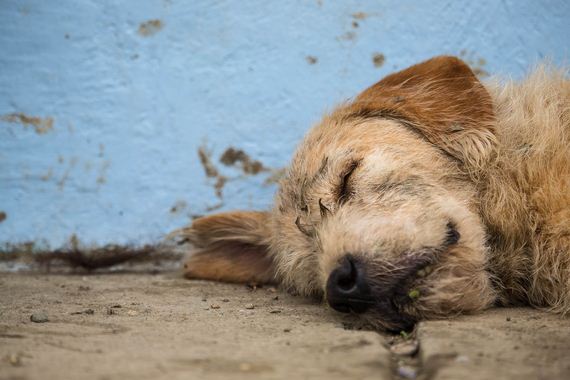 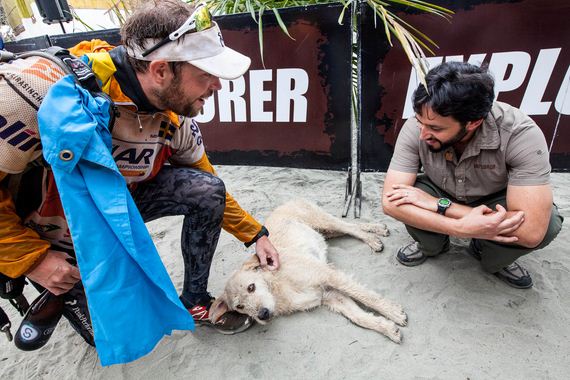 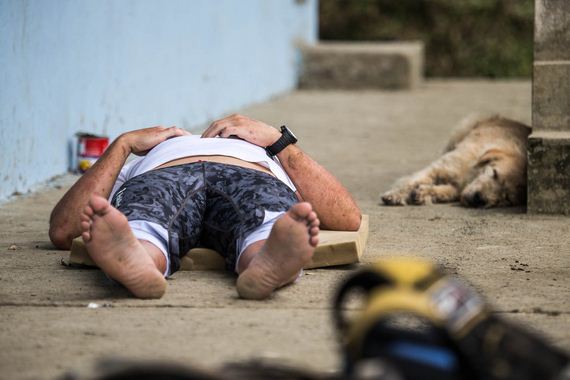 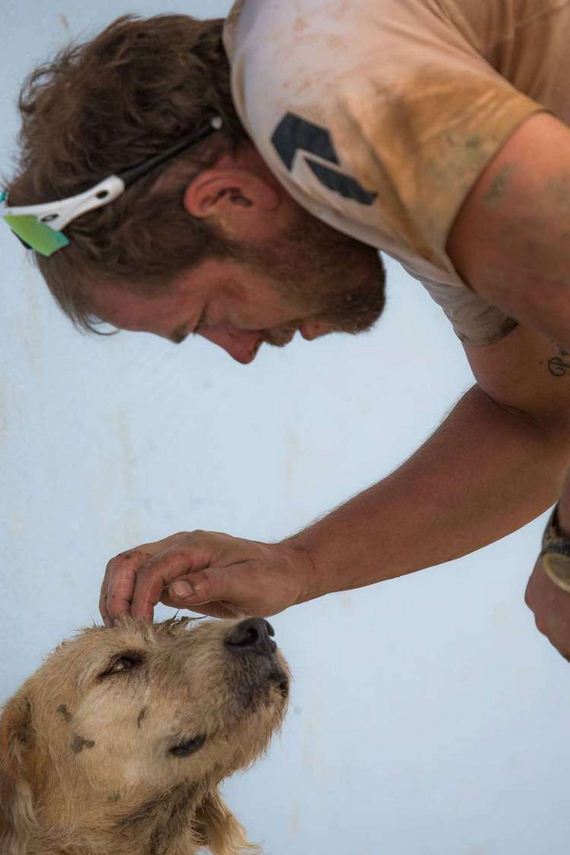 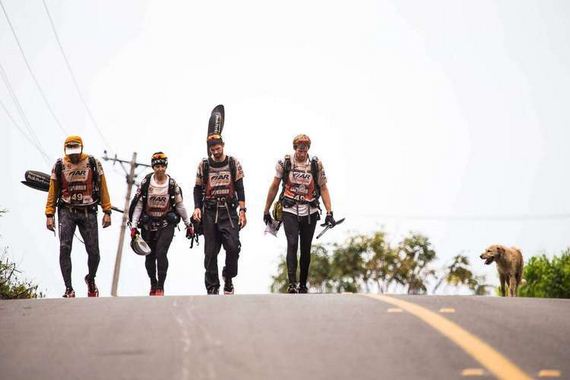 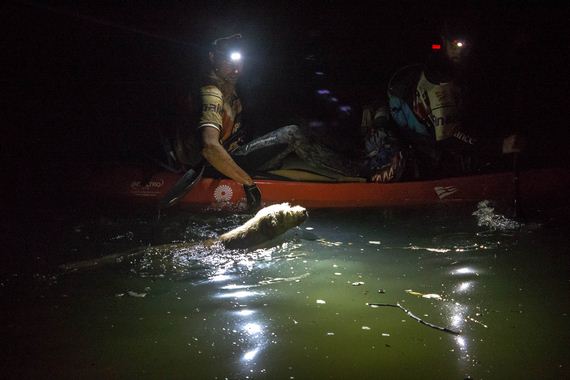 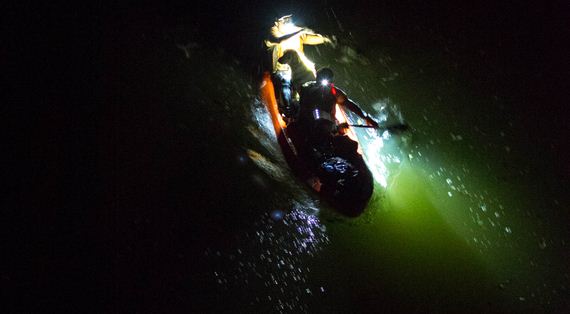 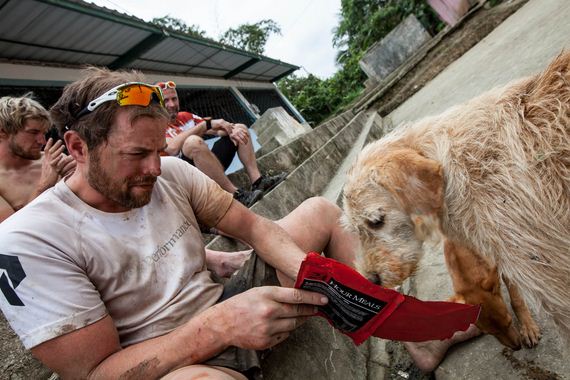 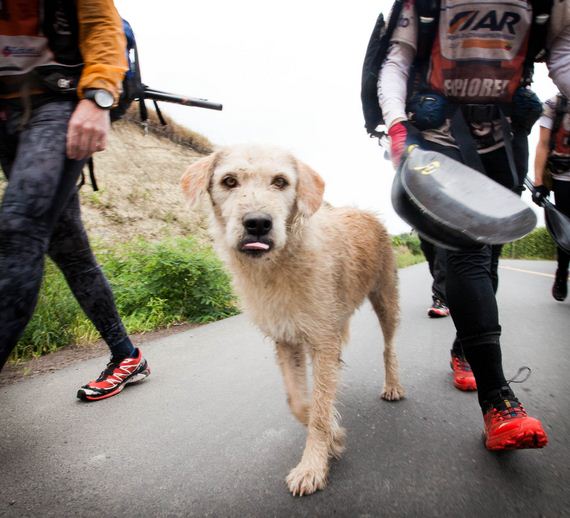 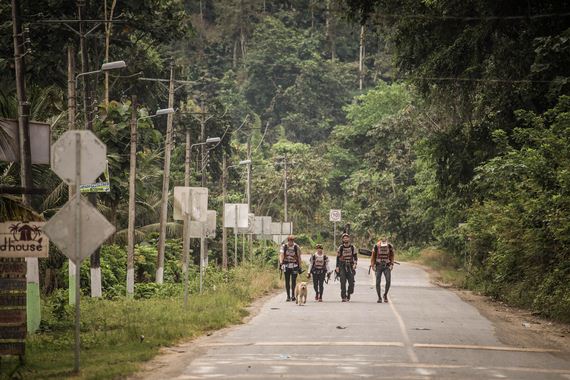 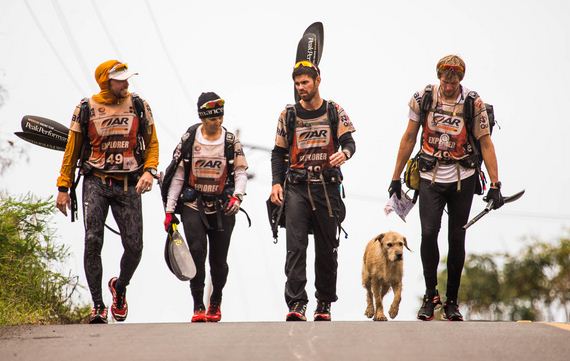 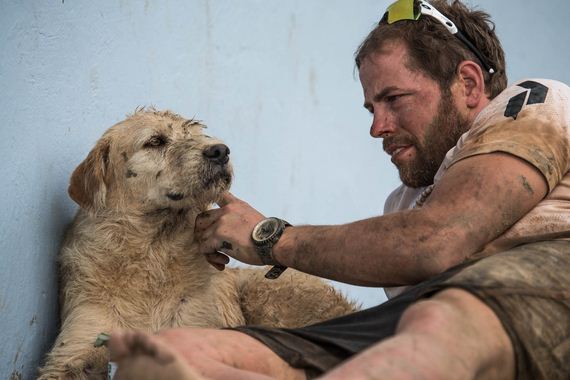 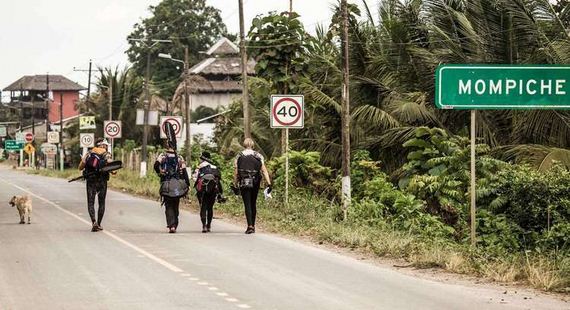