A German Shepherd mix in Illinois is being labeled a hero after leading rescuers to 7 puppies and their mother. The male dog is presumed to be the father of the puppies.

It all started the evening of Tuesday, July 18. Robert Walters was driving home from work taking the country roads between Iroquois County and Vermilion County. South of Sheldon, he saw the male German Shepherd mix standing in the middle of the road. When the dog refused to get out of the way, Walters got out of the truck to investigate. The dog ran back and forth, trying to lead him to something. Walters found a tiny puppy on the shoulder of the road. Though he looked for more dogs, he couldn’t find any, and he couldn’t approach the male dog. Attempts to catch the dog later that night were also unsuccessful.

The puppy went home with caretaker Sharon Polson for the night and immediately latched onto a bottle. 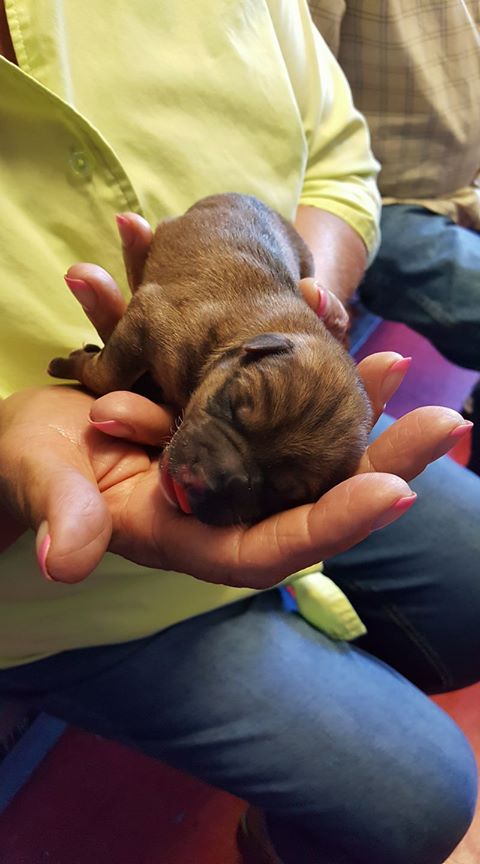 The next morning, Iroquois County Animal Control Warden Jamie Fanning went back to the location where the puppy was found to try to find the male dog again. She found him in a drainage ditch, and after about 5 minutes he let her put a leash on him, but he refused to follow her back to her truck. Eventually she let him lead her the opposite way down the road. In Fanning’s own words, as posted on Facebook:

“After allowing him to walk me about a half of a mile to a mile down the road he led me to the opposite side of the street down into the ditch. Once we were in the ditch he kept sticking his head in a hole and looking at me, the hole was another drainage ditch but it was covered in weeds (I never would have found it if he hadn’t led me there). I then could hear puppies crying. After checking the drain the mother and 6 puppies were located! Once he knew I saw them he allowed me to secure him into my car! I then approached the mother who was sweet as can be. She allowed me to pet her and remove the puppies and put them in my car, and then allowed me to leash her and put her in as well!” 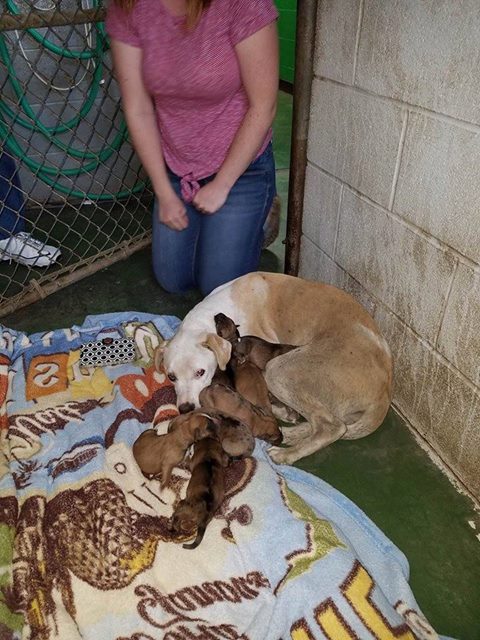 The mother and puppies were taken to the Watseka Animal Hospital and were later reunited with the other puppy, who was happily accepted by his mother. Dad is in a run next to the rest of the family. 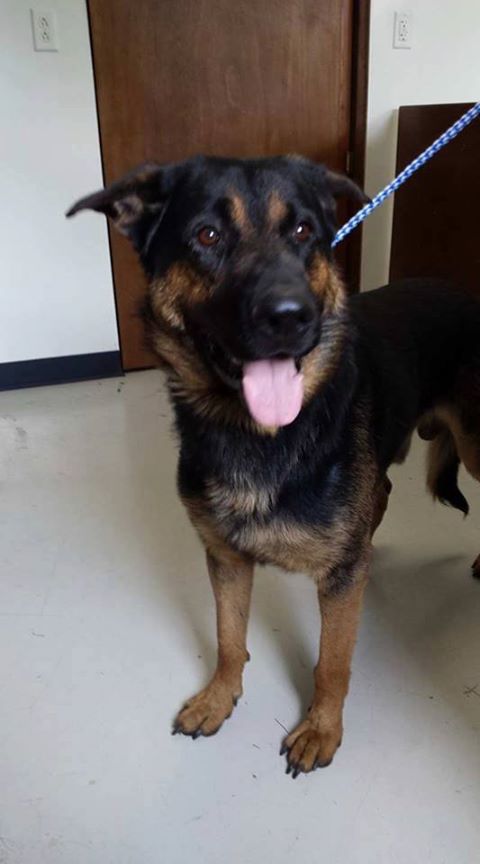 For more information about when the family will be up for adoption, check out Kankakee County Humane Foundation’s Facebook page here.