Hope For Paws received a call regarding a puppy who was seen running down a street in South Los Angeles.

Concerned for her safety and worried she’d get hit by traffic, two good Samaritans were able to catch her and keep her safe until Hope For Paws rescuers arrived. 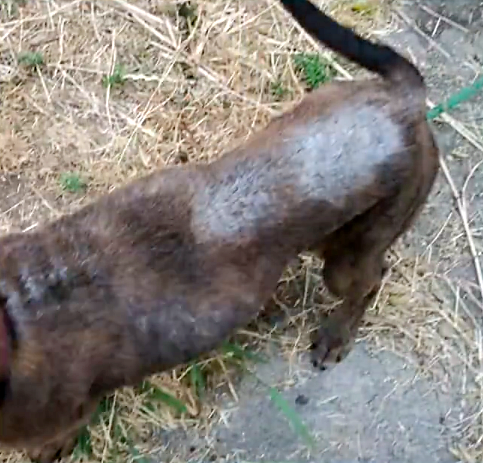 When rescuers got to the house, they were greeted by the friendliest, most cheerful pup ever. The dog, now named Sassy, was ecstatic to see rescuers and smothered them in kisses.

When the two women first took her in, she had a yeast and bacterial infection on her skin, which caused her to lose a lot of hair on her back.

After receiving treatment, it cleared up and her fur grew right back in. Although she was able to get treatment at their home, she still needed medical attention.

Once they got her back to the clinic, they gave her a much-needed bath. 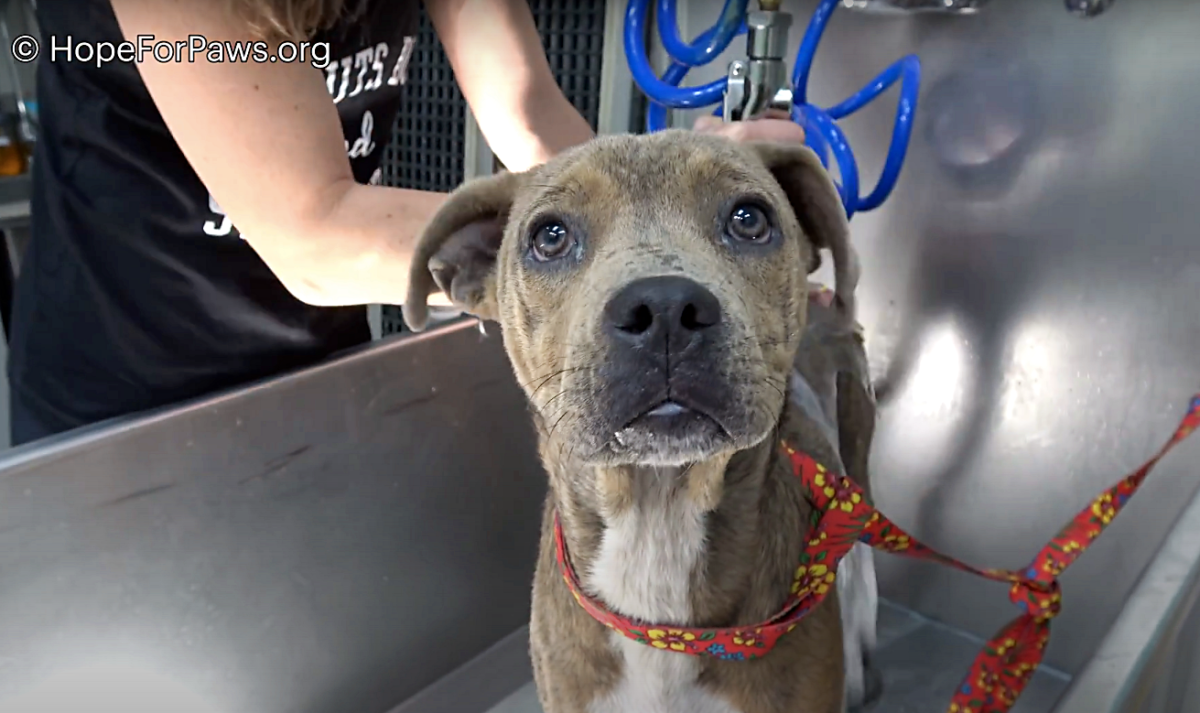 She then went on to a foster through The Little Red Dog.

Sassy is now happy and healthy and searching for her forever home! She has a lot of energy and would love a home with a big yard for her to play in. 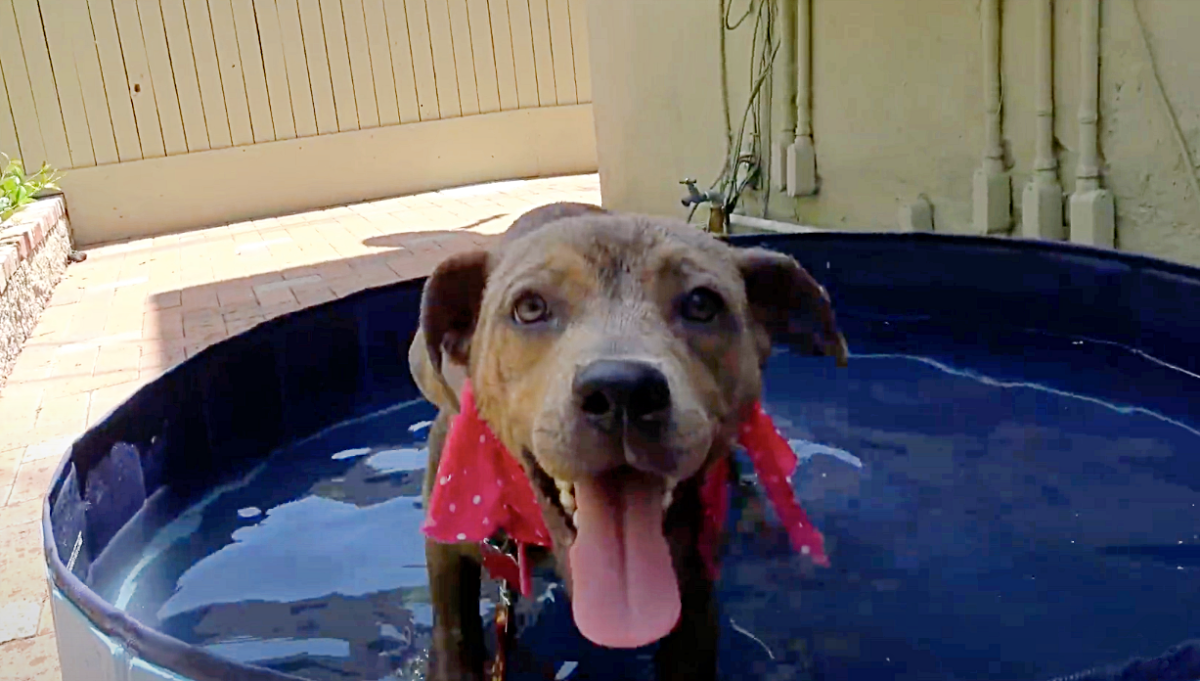