People can be incredibly cruel to innocent animals who just want to be loved and treated with care and respect. A case of animal cruelty is being reported by the Malaysia Animal Association, who took to Facebook with an open plea for help saving a dog from certain death. Someone painted a stray dog to look like a tiger and now the animal is roaming the streets all alone. 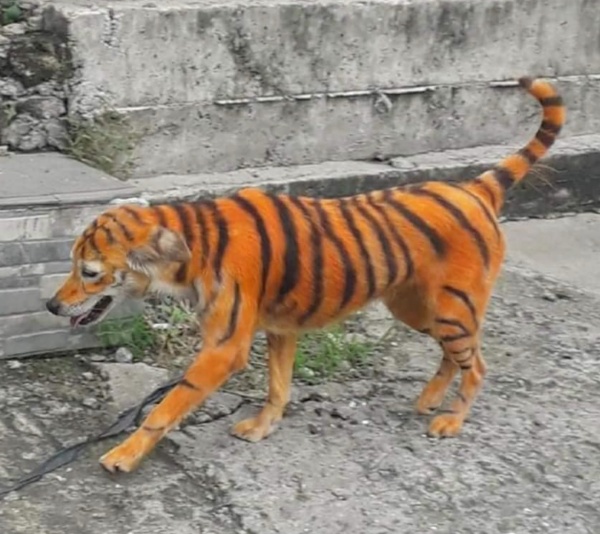 The Persatuan Haiwan Malaysia or the Malaysian Animal Association shared photos of the dog to their Facebook page. They’ve appealed to the general public asking for help locating the dog, his owner, or those responsible for painting him to look like a tiger.

“Help Animal Malaysia find out where location and who belongs to,” they posted. 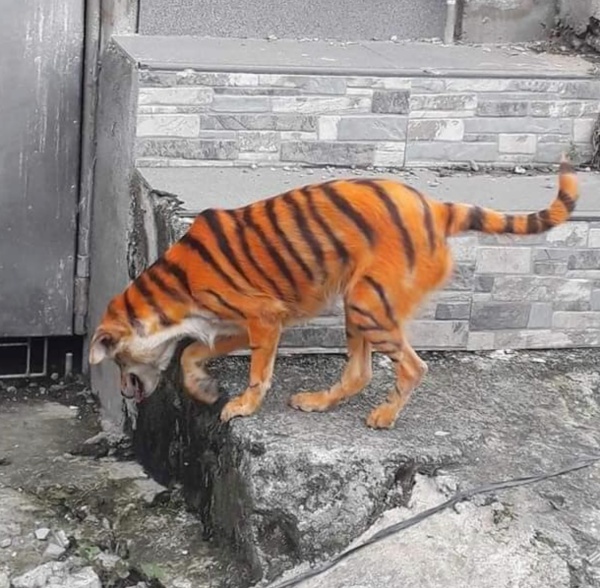 People who responded to the post expressed their feelings of outrage and anger. The group promised a “mystery reward” for anyone who could provide information in the dog’s case. In the images, the dog is seen walking down the street and is clearly painted with solid orange and black stripes. In passing, he resembles a tiger and his life is in danger. Painting and dyeing dogs have become a popular trend and not always in the best interest of innocent animals.

“Not funny, this is animal abuse,” wrote one person who responded to the Facebook post, while another follower said, “What a pity. He looks sad.” 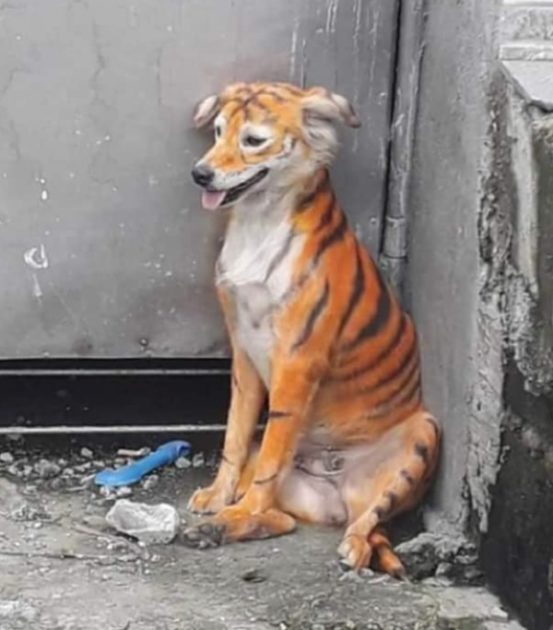 We hope someone locates this poor dog and gets him off the streets to remove the paint before it is too late.