Hope For Paws received word of a scared and homeless Maltipoo and set out to rescue him. The dog would get spooked by people and knew a tiny space where he could escape and feel the safety he needed. It was between a wall and a fence covered with some very dangerous razor wire. 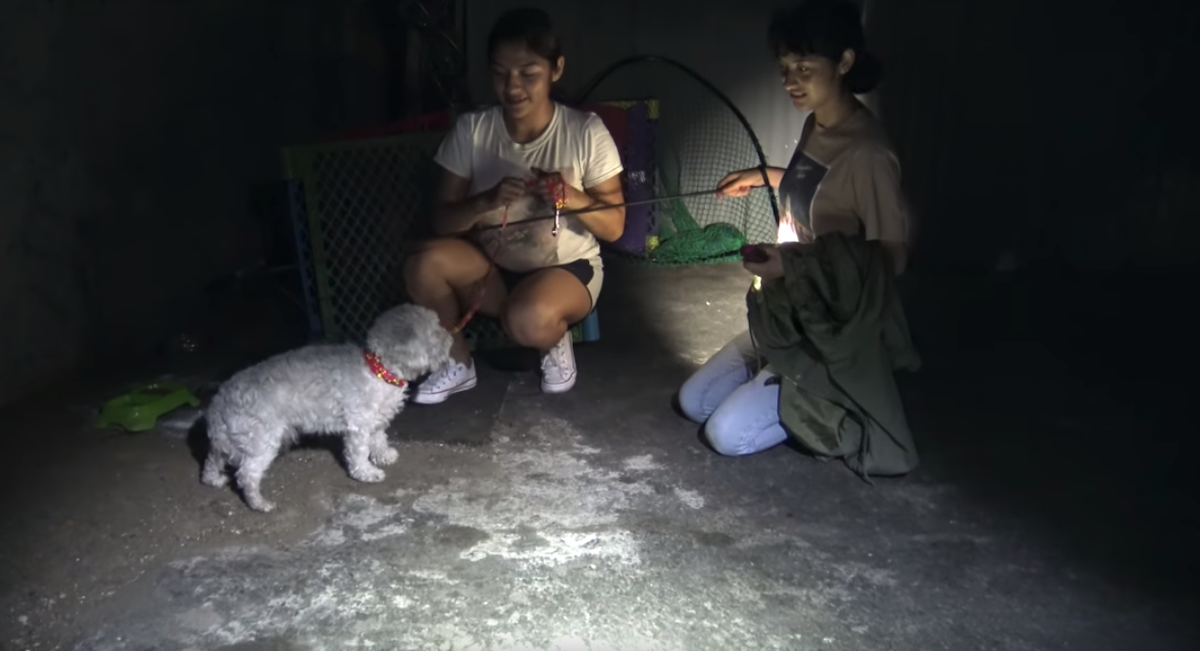 The two girls who placed the call to Hope For Paws arrived and offered to help. The rescuers asked a neighbor for permission to enter his property so that they could scare the dog out of his hiding spot. And it worked! Once the dog realized he was trapped, he submitted. They decided to name the good boy Buddy.

Right after loading the dog in the car, they learned that Buddy had been sharing his hiding spot with a homeless man. So Elad offered a sleeping bag and money for food that the man graciously accepted. 🙂 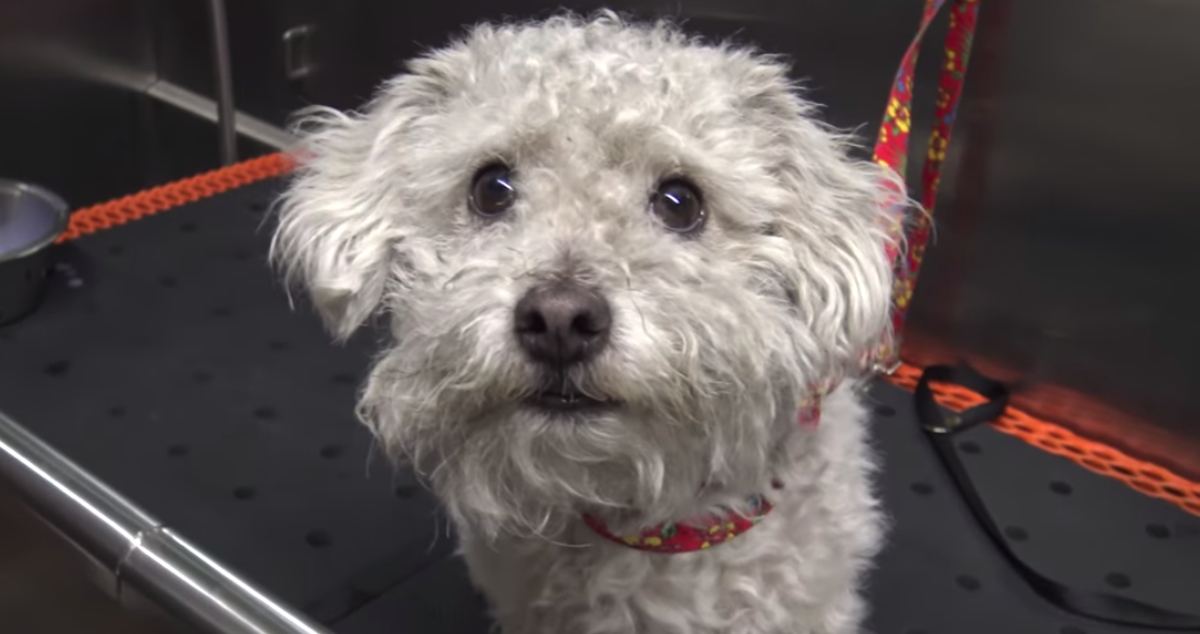 Buddy finally knew he was safe and started wagging his tail after a nice bath. He moved on to a foster with Bark N’ Bitches before finding an amazing forever home!