Stray animals try to survive however they can, but sometimes that urge to survive forces them to put themselves in greater danger. On Feb. 20, 2016, a stray dog from Las Termas, Argentina, found his way to the top of a bridge wall footing. The problem was, the dog was just inches away from falling into fast flowing waters and perishing. Lucky for him, neighbors spotted him, called firefighters and the scared lonely dog was saved. 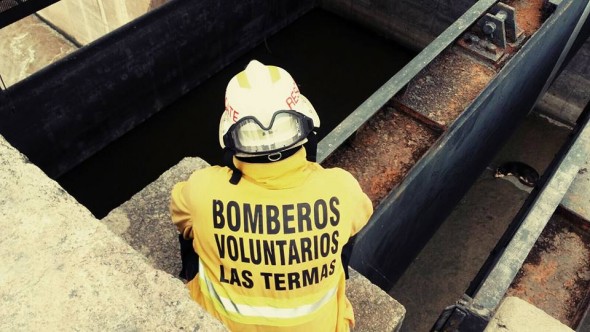 According to Nuevo Diario local residents couldn’t understand how the pooch reached the top of the footing, nevertheless they knew the dog’s new-found hiding place presented a greater danger and authorities were called for help. 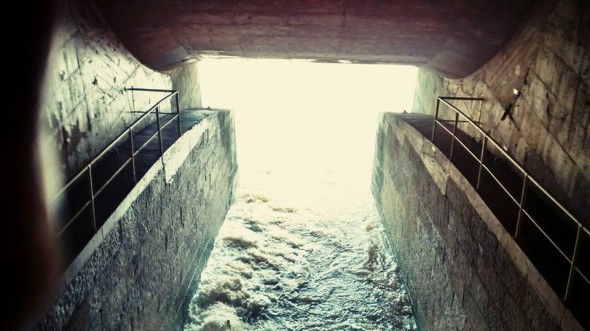 Local firefighters Andrés Bertolino, Débora Montesinos, Yésica Sosa, Santiago Ledesma and Rodolfo Parrado were dispatched to the bridge and using ropes and ladders, they descended to the footing and successfully retrieved the homeless pet. 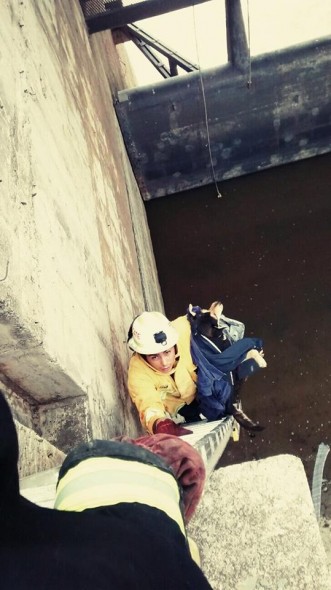 It took hero rescuers some time to gain the dog’s trust, but once he knew the men were there to save him, the dog allowed rescuers to place him inside a make-shift bag and hoist him to safety. 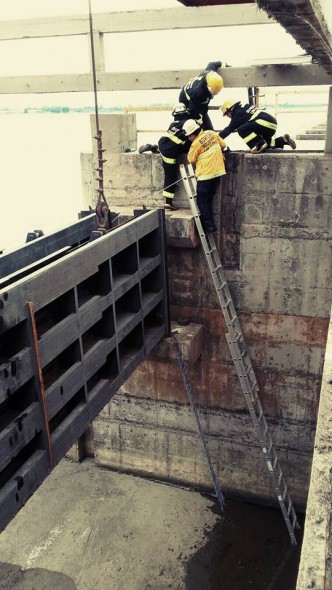