Howl Of A Dog met a street dog they named Remy when they were visiting a rural town in Romania to conduct a spay-neuter campaign. That’s when they spotted Remy, or rather, he spotted them.

He ran over to them wagging his tail and looking for attention. They immediately noticed the young dog had a brand on his nose. According to Howl Of A Dog, the burn on his nose comes from a cruel superstition – it’s the belief that if you burn a dogs nose with a red-hot iron, it will boost their immunity system and help cure distemper! 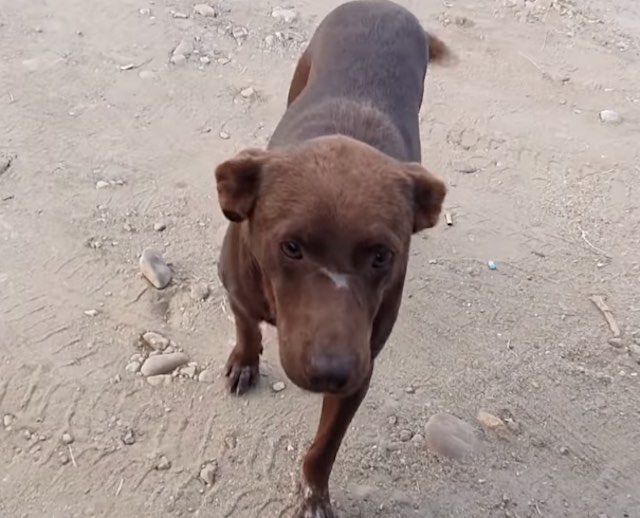 The majority of dogs in rural Romania are considered guard dogs or protection “tools”, the rescuers explain. For whatever reason, Remy’s family ignored and left him to fend for himself, effectively turning him into a stray. 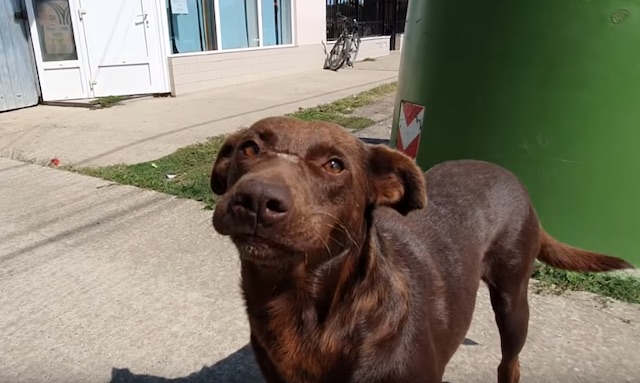 So, Remy roamed the village and would sleep outside a small grocery store where the kind shopkeeper fed him every day.

Despite Remy’s friendly disposition, the rescue could not find anyone in the village to adopt him.

And every day that Howl Of A Dog was in town, Remy would run over to them, happily greeting them. It’s as if he was waiting for them, for anyone to notice him and take him home. “Each morning when we arrived in the village, he would come to greet us, happily wagging his tail. It’s hard to understand why nobody offered him a home.”

Rather than leave the sweet dog on the streets, they decided to take him back with them. 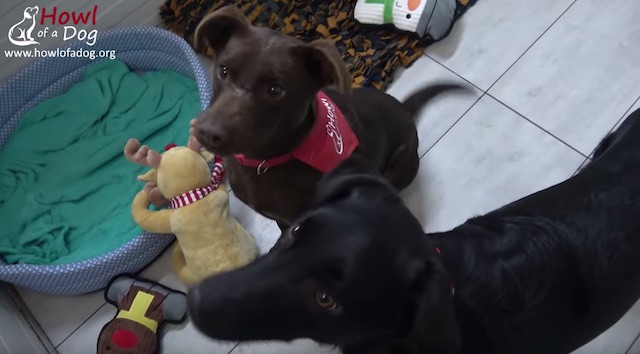 Remy is now enjoying his temporary home at their shelter, but he needs a full-time home.

Watch the video and read below for full details on how to help Remy!

Howl For A Dog writes: “Remy is the most wonderful dog one could ever wish for: friendly, smart, very loving with everyone, good with other dogs, obedient, house trained. He’s approximately 3 years old, fully vaccinated, neutered, microchipped and he can also be adopted internationally to the USA, Canada or Europe. If you have a loving home for him please check the adoption procedure here: www.howlofadog.org/adoption-procedure/