A stray dog stepped on a cruel coyote trap and suffered for six days long days until a miracle happened!

Hope For Paws was called out to South Carolina to help catch the dog, who had been living in a forest for a year, until her paw became ensnared in the barbaric tool. She had continued to evade animal control and local rescuers despite her terrible injury.

Shortly after touching down, Eldad Hagar and Loreta Frankonyte began searching for Hermione. They found her a day later and gently coaxed her over. But she grew spooked and ran away. 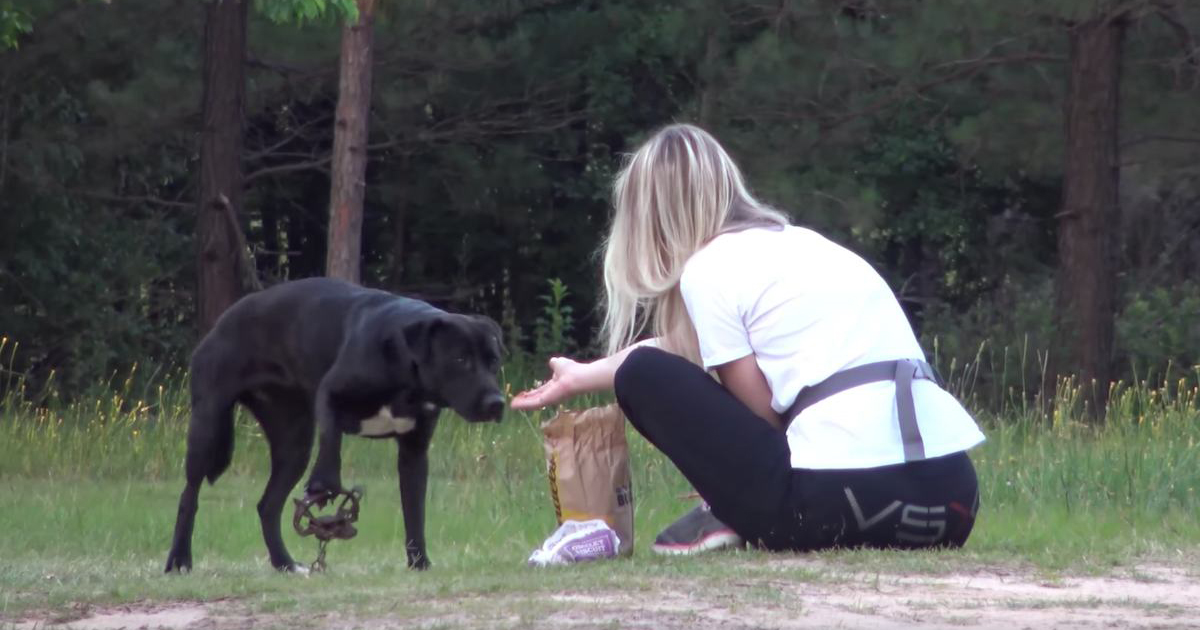 Soon, the rescuers enlisted help from friends to help catch poor Hermione and they were finally successful!

Sadly, there was a lot of damage and necrosis to her paw and they were unsure if she would lose her leg.

Ensuring she was all right to travel, Eldad and Loreta drove for three days to get her back to California where they took her to a vet specialist in order to try and save her leg.

After several surgeries and months of care, they were ready to see if Hermione’s paw would be okay – and it was. She has made a truly miraculous recovery!

Watch Hermione’s full story and amazing rescue in the video below and be sure to share it with your friends.