Those of us who love animals know that there is nothing sadder than a suffering animal who is without someone to love them. Unfortunately, strays are a part of our communities, and it’s important that there are people out there who are willing to help them.

Strays often require more than just food and water, they also require medical assistance, as it’s not uncommon for them to endure injuries while they’re living rough outside on the streets.

That was exactly the case that happened to one little pup named Fergus. The poor puppy had been found as a stray, his origins completely unknown. In the video, taken by Dr. Karri of the Vet Ranch, she explained that the little puppy was found and brought in without much known about him. 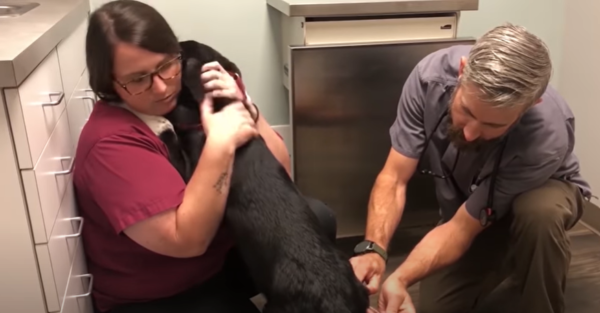 He’d been given the initial name of Oso Bear. They weren’t even sure how old he was when he first came in, and that was because of his injuries. The poor little dog soon started swelling up within a day of having been brought into the vet’s office.

Dr. Karri explained because of the swelling and the time of year that it was, it was assumed that the dog had encountered a snake at some point and had been bitten. Because of his suspected snake bite, they immediately put him on an IV catheter to help with the swelling and gave him some anti-venom as well as pain meds and antibiotics. In the time-lapse portion of the video, you can see all the work that went into getting Fergus started on his treatment plan.

He also got christened with a new name: Fergus. Roughly 18 hours after first starting treatment, Fergus starts to look like he’s on the mend. The swelling on his face has started to go down, and his appetite has returned – even if just a little.

As time went on, his injuries soon began to heal thanks to the dedicated hardworking staff with the Vet Ranch. A wonderful thing began to happen as well – as Fergus started getting better, more and more of his playful personality began to shine through. 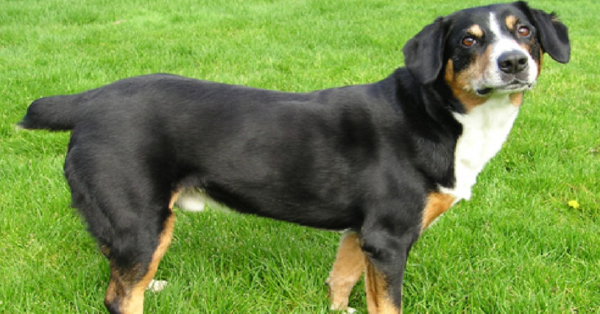 It didn’t take long for this bouncing boy to show the world his very, very happy self! Eventually, this pure puppy charm won over the hearts of a very lucky family, and Fergus was adopted into the forever home of his dreams! You gotta love a happy ending!

Watch the story below: