An emaciated and injured stray dog was attempting to survive on his own on the streets of Romania. Luck was on his side when an animal rescue team spotted him on the side of the road. When he realized that they were there to help him, he leaped into their arms and covered them with kisses.

Howl of A Dog was just returning from a vet checkup for another dog they rescued. They noticed the Transylvanian hound mix limping on the side of the road, as he made his way into the thick brush. They pulled over and hoped to rescue the pup by coaxing him out with a gentle cluck. 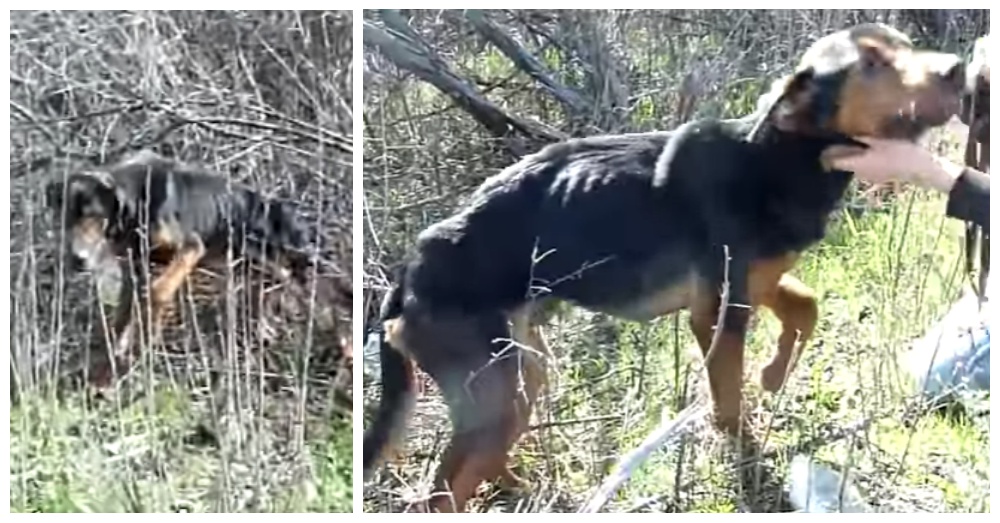 Slowly, Vlad, as he was later named, hoped on three legs toward the rescuers. He was overjoyed to have someone come to his rescue. After covering his rescuer in sloppy kisses, he was loaded into the car and brought to a vet to examine his leg.

“He was so hungry that he desperately grabbed a box of tissues we had in the car and tried to eat them.” 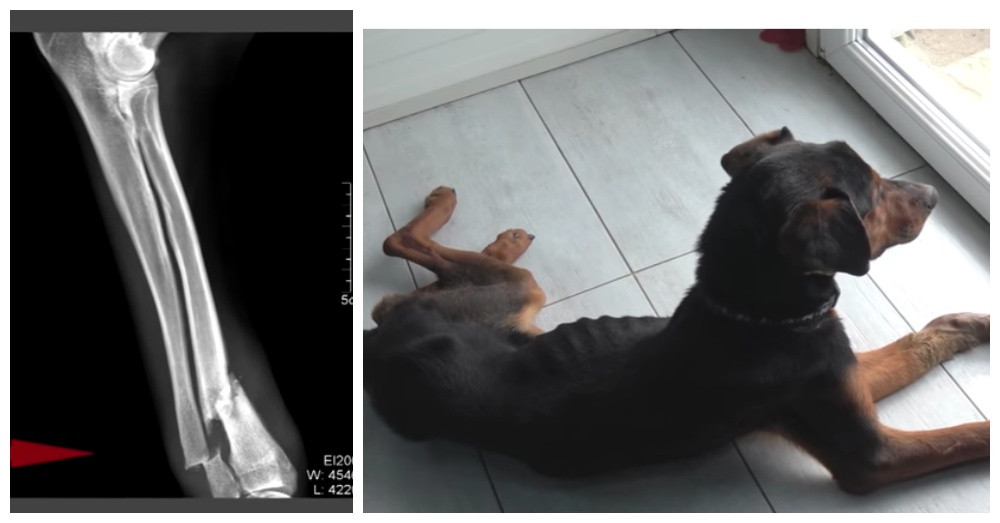 An X-ray revealed that the injured leg had two fractured bones. The vet estimated that is happened at least a week prior and likely from being hit by a car. The poor dog was suffering on his own without any food, shelter or medical care for over seven days.

Even through all the pain, the sweet pup was still wagging his tail and seeking affection from people. Vlad underwent surgery to repair the fractures, which included metal plates inserted in his front leg. Fueled with pain medications, antibiotics and love, Vlad starting the recovery process. 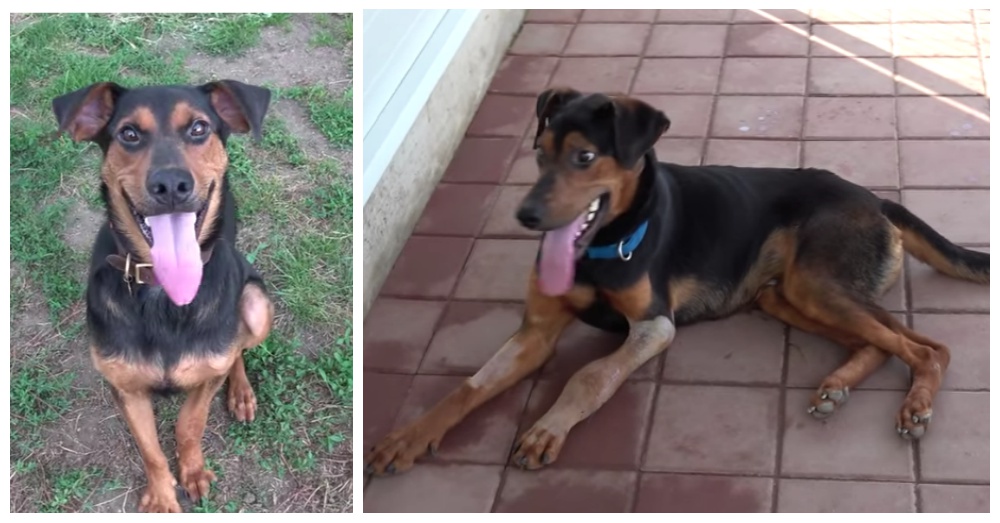 Three weeks after his surgery, he was a completely different dog inside and out. He gained weight quickly, once he received nutritional dog food. Slowly, he started to put more and more weight on his front leg. He was learning to run and play on it, encouraged by his amazing rescue team. Finally, it was time for Vlad to be put up for adoption. 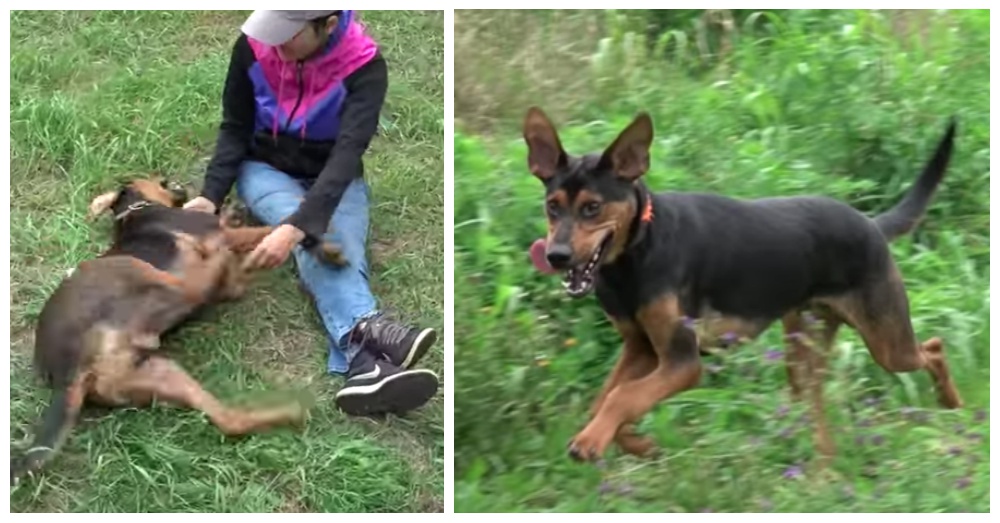 Vlad loves everyone he meets and instantly brings a smile to your face with his playfulness. To no surprise, Vlad quickly found a loving forever home. He will never be hungry or alone again. Adopt don’t shop!

Watch his amazing recovery in the video below.