Hope For Paws set out to rescue a homeless dog from the streets. The dog only had one eye, and he tried to take refuge at a home with a dog he was interested in. When the rescuers arrived, they saw the stray inside the fence of the home. 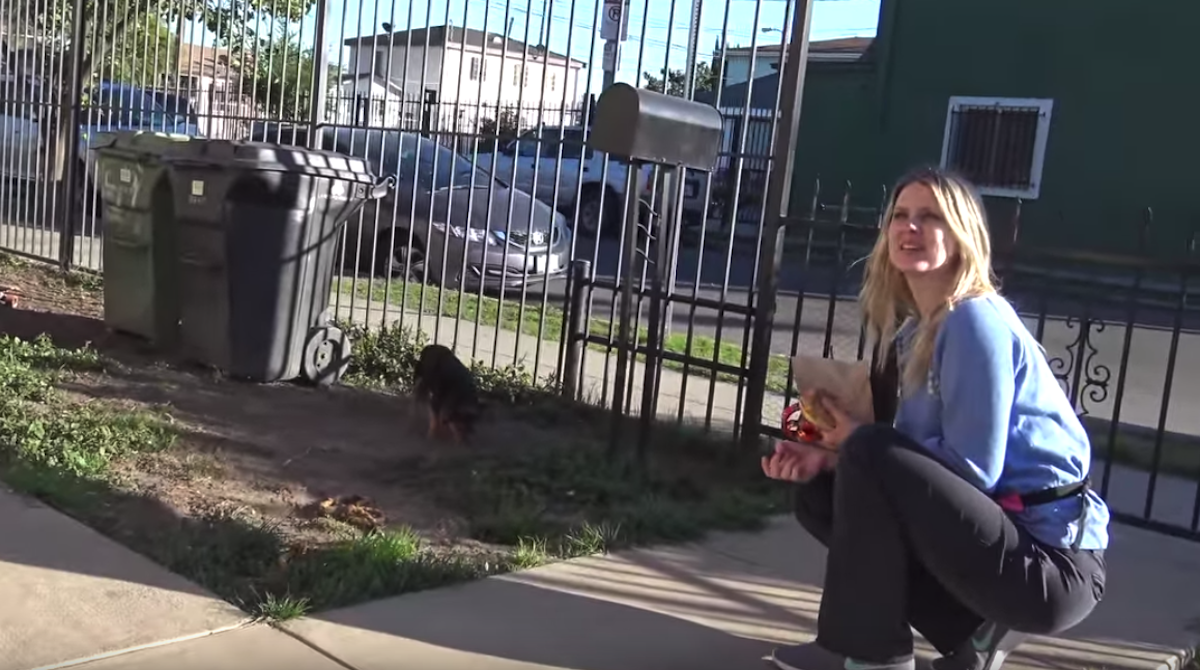 The dog’s friend, Blue the pit bull, soon came outside to assist with the rescue. Even with his friend by his side, the little dog was still very hesitant of the rescuers. After a moment of stress, Loreta was able to slip the Lucky Leash around his neck. It wasn’t long before the dog calmed down and they took a look at his eye. 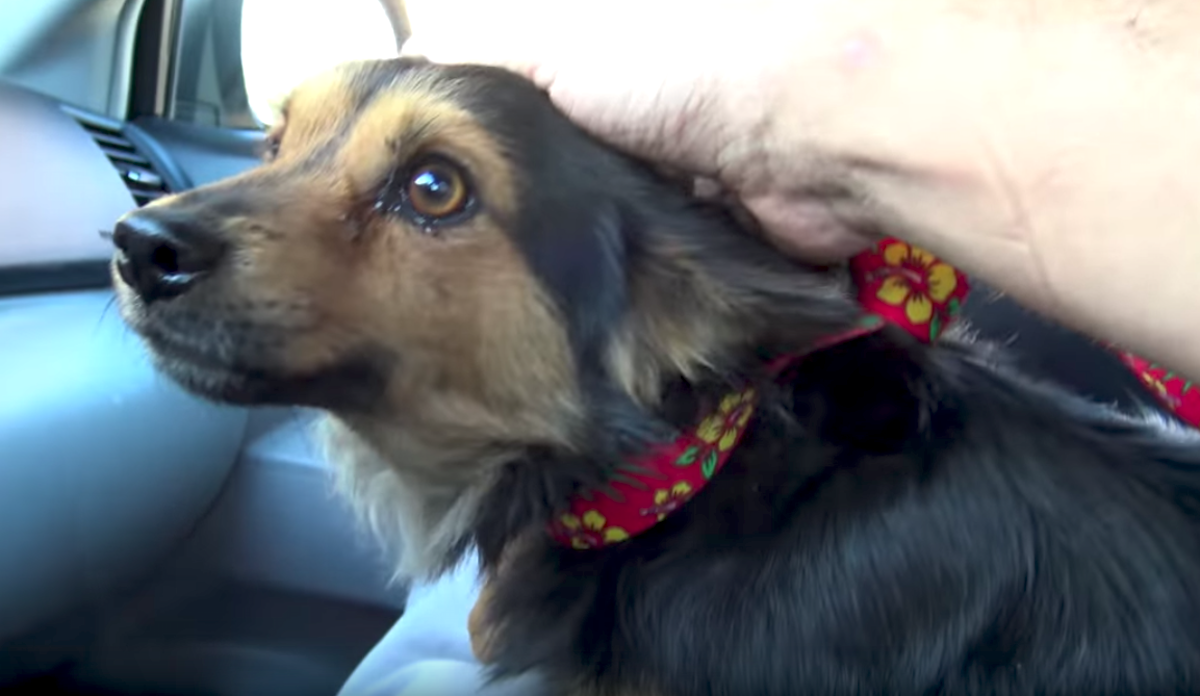 The eye was still there but badly injured, so it had to be removed. But Pirate knew things were about to get a lot better! Pal Rescue offered to foster him, and just shortly after Pirate found his loving forever home. 🙂