A two-month-old German shepherd mix puppy took quite the fall in Pauma Valley, which sits about an hour north of San Diego. That valley has a 200-foot ravine, which turned into a puppy trap one Saturday morning. Fortunately, San Diego’s Animal Response Team came to the rescue, and one member decided to put her rappelling skills to the test. 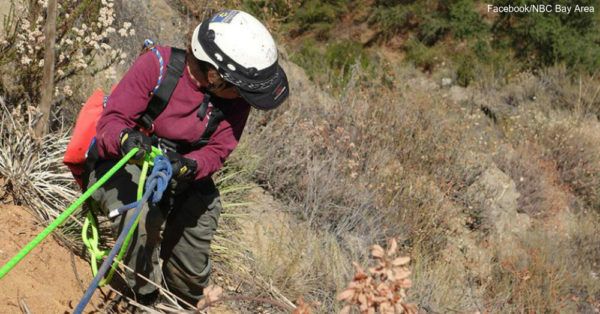 It was about 8:30 a.m. when a worker at a avocado grove near the ravine first heard the puppy crying out for help. A call went to the San Diego Animal Response Team, which has both volunteers and animal control officers. One officer, Denise Gove, said she wanted to help the second she heard about the situation. Denise had rappelling training, so she knew she could lend a hand, WTVR 6 News reports.

Fortunately, the puppy hadn’t fallen the entire 200 feet of the ravine. She caught onto a bush about halfway down and was clutching onto that for dear life. 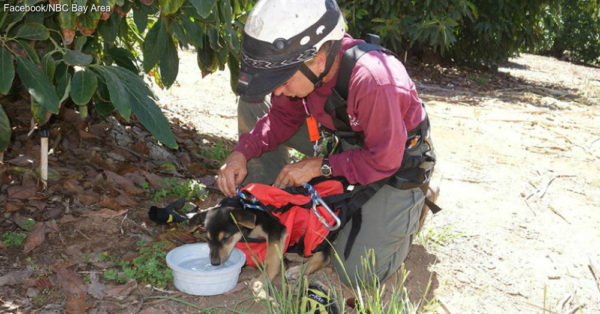 After a two-hour drive to the ravine, Denise rappelled down to the puppy, who was eager to get out of there. The puppy only had some minor cuts and bruises, with no serious injuries.
Now that the puppy is safe, the next step is finding an adoptive home for her. Based on the attention the story has received, that shouldn’t be too difficult. Plenty of people have already stopped by to see the adorable little pup, and many of them expressed interest in adopting her. It looks like that puppy is going to find her forever home before she knows it. 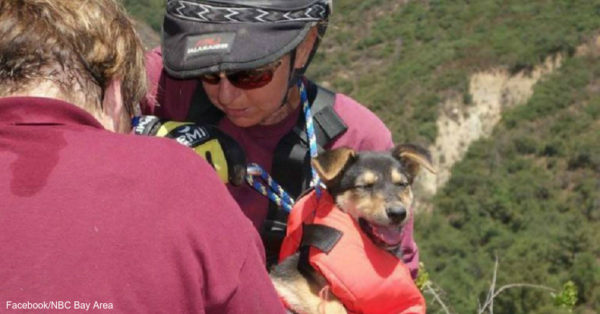 Kudos to the San Diego Animal Response Team, especially Denise Gove, for stepping up and saving an animal in need. Gove’s courageous act goes to illustrate the notion that a dog is man’s best friend, and like any genuine friendship, it goes both ways. Read about another German shepherd who helped rescuers save his family from fire.