Dog Rescue Shelter in Mladenovac, Serbia, received a call regarding a dog who had been seen sleeping in a drain pipe beside the road.

Locals said the dog only comes out from the drain pipe whenever someone passes by, and then goes back into the pipe.

When rescuers arrived, the searched all of the drain pipes in the area, but they were all covered with snow. They finally noticed one without snow, and saw paw prints outside of it. 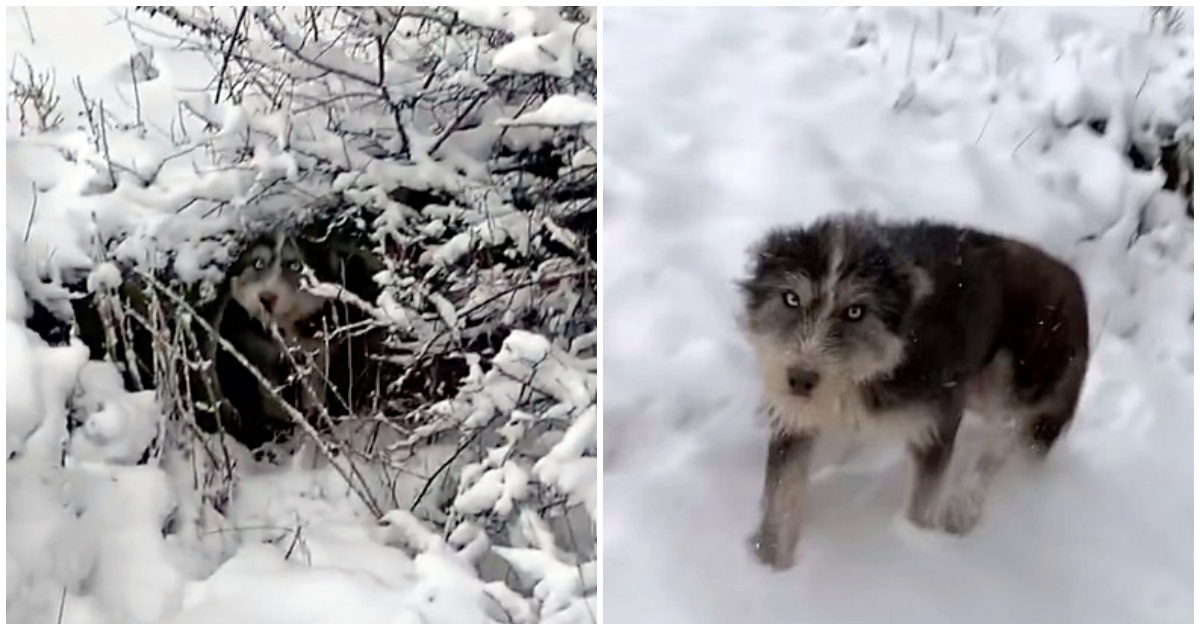 When the dog heard the rescuers nearby, she came out from the pipe and ran toward them, wagging her tail. It was obvious that she only came out when she heard people nearby, because she was asking them for help.

Rescuers checked inside the pipe and were surprised to find three puppies! Mama dog had been protecting them as best as she could, but she knew they needed help. 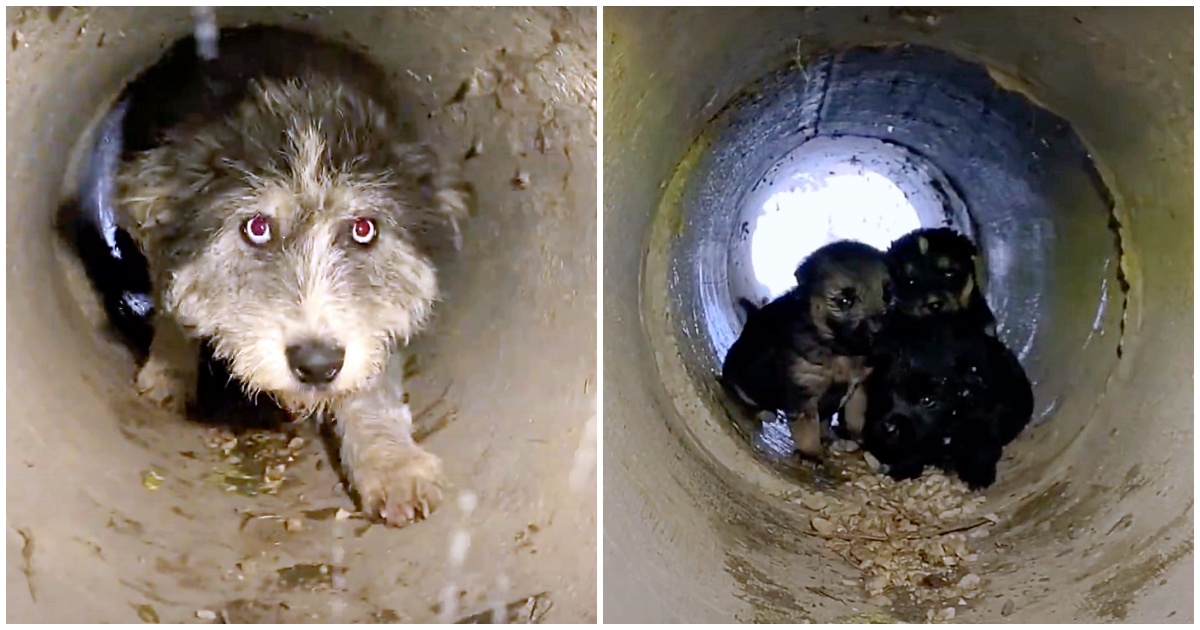 Unlike the mama dog, the puppies were scared and refused to come out of the pipe when rescuers called for them. They let the mama dog go back in the pipe, and hoped her babies would follow her out, but they were still too afraid.

They put mama dog in their car while they tried to get the puppies out. They tried to lure them out with food, but it didn’t work. 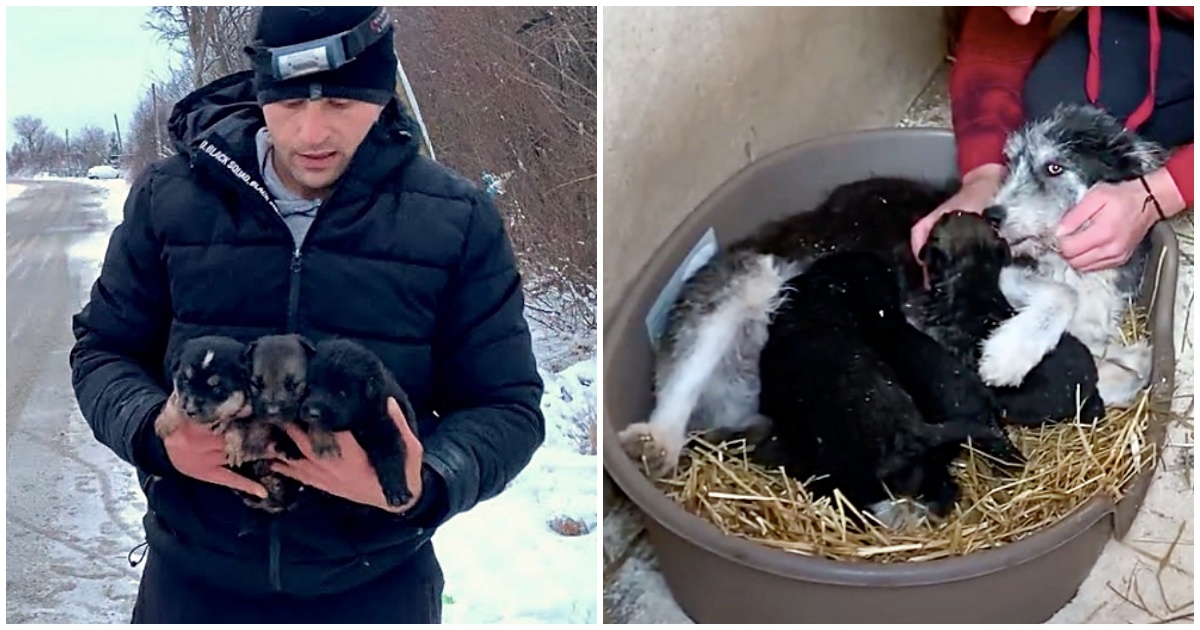 They then poked sticks through one side of the pipe while another rescuer waited on the other side, hoping they’d finally come out.

Thankfully it worked, and they were able to bring all three pups to safety and reunite them with their mom. They brought the little family back to their shelter and decided to name the mama ‘Hera.’ 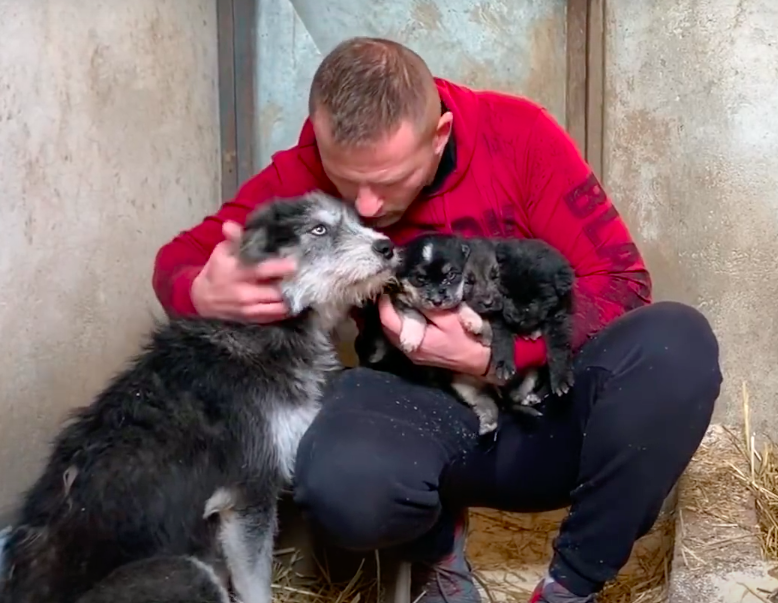 They were all treated for internal and external parasites, and will continue to receive the best medical care. Once the puppies are old enough, they will be put up for adoption, along with their mom.

Hera and her babies spent many weeks fending for themselves in a cold, snowy pipe, but now they have food and warms beds to sleep in and never have to worry about being on their own ever again.