On June 7, 2014, Turkish firefighters tried saving eight puppies that were trapped inside a drainage canal, however, they were unable to because the pipe was too narrow for them to fit through and reach the dogs. Don’t worry, all the puppies are alive and well. Their mom, a stray dog, came to their rescue. 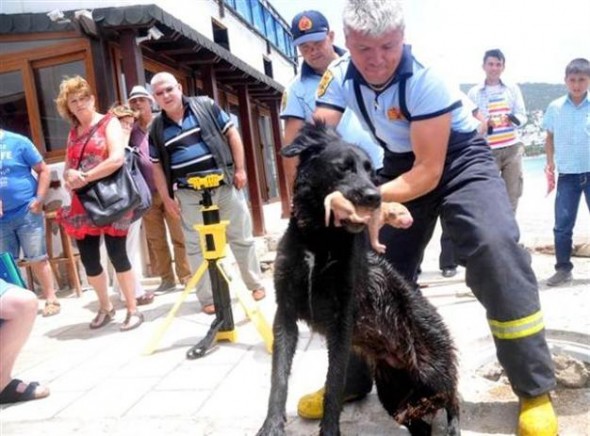 Erhan Erol, a local resident, discovered the trapped puppies at Kumbahçe beach near the touristic town of Bodrum, and called authorities to get them rescued. The rescue mission could have easily become a recovery mission because the drainage pipe was slowly filling with seawater.

Firefighters tried for some time to reach and save the puppies, but all their attempts failed. Good thing the mother dog was near the scene on a balcony, suckling another puppy, and one of the firefighters noticed her puppy looked very much like the other eight trapped in the drain. 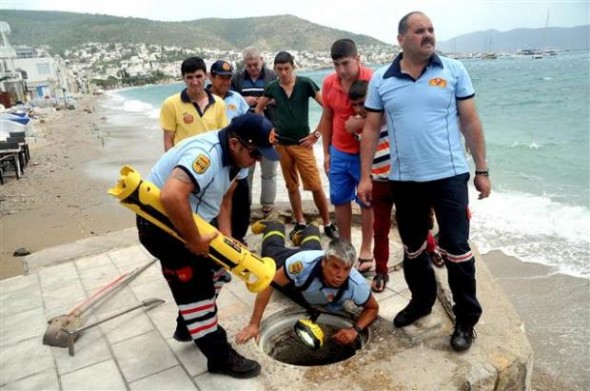 Quickly, rescuers called her over and helped her get down the pipe so she could finish rescuing her young babies.

The heroic mother retrieved all of her puppies in less than one hour, and the stray family was once again complete, and most importantly, safe.