A stray puppy is luckier than he will ever know after running behind the car of a woman in rural Greece.

The puppy appeared out of nowhere and began chasing after the car of Valia Orfanidou. 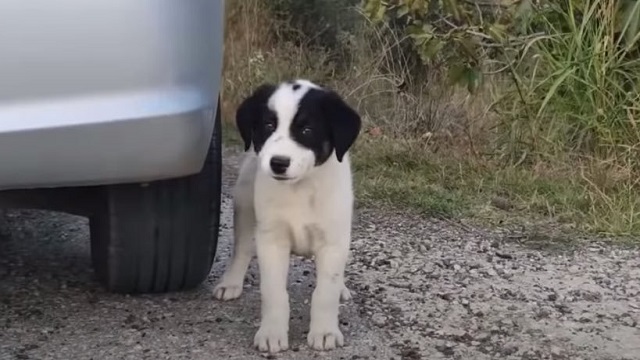 An experienced animal rescuer, Valia immediately stopped her car to help the puppy who proceeded to play hide-and-seek with her.

Basically the smart puppy “rescued himself” she says in the video. He hid under the wheels of her car making it impossible for her to leave without him and for 10 minutes he played hard to get.

During all that time, no other car stopped to help, an indifference Valia says is a typical attitude of many towards the millions of stray dogs in her country. But she knew there was no way she could move on without the pup. “”I just couldn’t let that innocence be tainted or shattered,” she says in the video.

She finally manages to grab hold of him and he squeals, but seconds later he is sitting happily in her car and trusting her to take care of him. 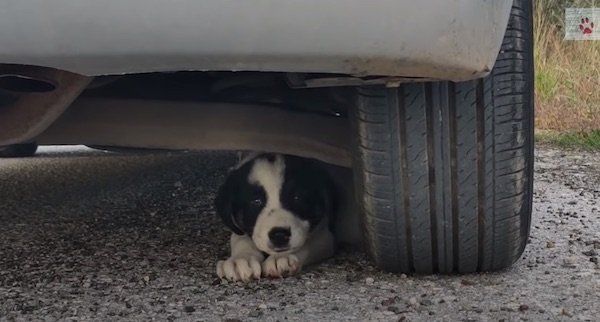 Valia admits she has never fostered such a young puppy. Many of her other rescues have been older dogs. But she has found the entire experience fostering Bandit delightful and renewed her optimism in animal rescue.

“Bandit was rescued in Greece in late October 2020. He is two months old, he’s had his first vaccines, he is dewormed, healthy and as happy as can be,” she writes. If you are interested in adopting him, please visit The Orphan Pet to contact her.