A stray puppy who got himself stuck in a life-threatening situation is alive today thanks to rescuers. When they arrived they found the poor puppy stuck to the ground by tar. 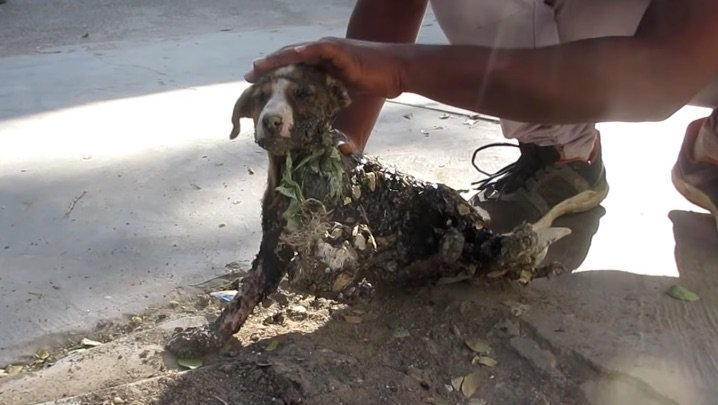 He was stuck so badly that he couldn’t move. “The look of utter terror on his face broke our hearts,” Animal Aid Unlimited, India wrote on YouTube.

The female puppy wasn’t as bad off her brother – she had walked in the tar too, but only her paws were affected, her toes were stuck together. 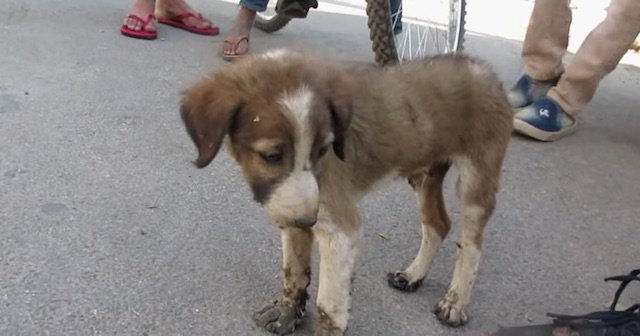 But her brother would have perished. “Without rescue, he would have died there, in the exact same position he was in when the tar hardened,” said his rescuers. 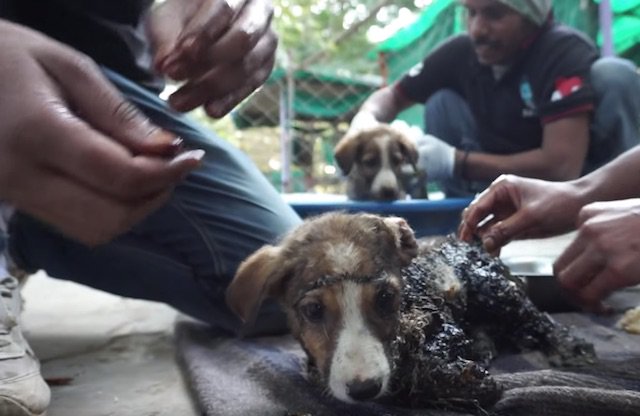 Using vegetable oil, rescuers spent the next two hours cleaning  the puppy they named Chip, while his sister, Monk, looked on. 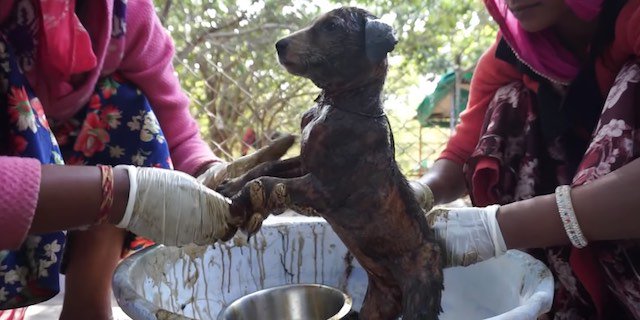 Thankfully, the two pups are all better. Watch the video below to see them  fully recovered and back to playing like puppies should.