Lek Lek was a little stray dog living on the cold streets of Nuwara Eliya, having no idea when the next meal will come, but even in the middle of all these difficulties the pooch had a sweet personality and was determined to find a forever family. 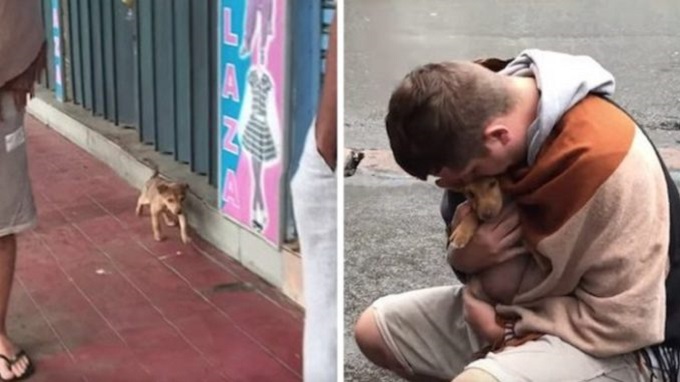 While Lek Lek was living on Sri Lanka streets she wagged her tail every time someone would pass by her hoping that someone would notice her and finally everything changed after Lek Chailert and some fellow rescuers from Elephant Nature Park noticed her.

Elephant Nature Park in Thailand is the home of the elephants who are rescued from all kinds of situations and hardships, the group were there for an elephant research trip and they came across the puppy while they were passing through Nuwara Eliya.

They wrote on YouTube: “In the market through fare, where thousands of people pass, we saw a little puppy wagging her tail at passersby, inviting people to take note of her.” 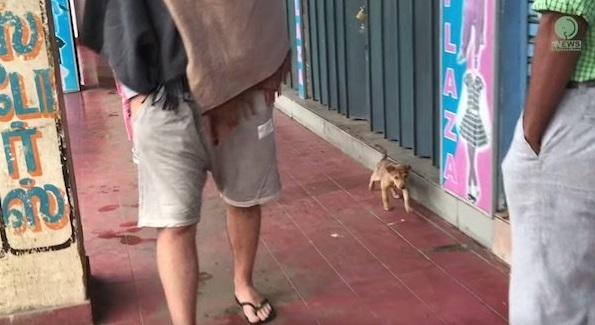 The group were in a hurry so they just petted the little pooch a little bit and walked away, but Lek refused to be left behind.

The pooch started to follow the group wherever they went even though they brought him back several times, but it was clear she couldn’t be abandoned.

This persistence saved the pooch life.

“She began to follow us, and quite far, until we lifted her up and returned her to where we first met her. She followed us again and again, until her determination won our hearts.” 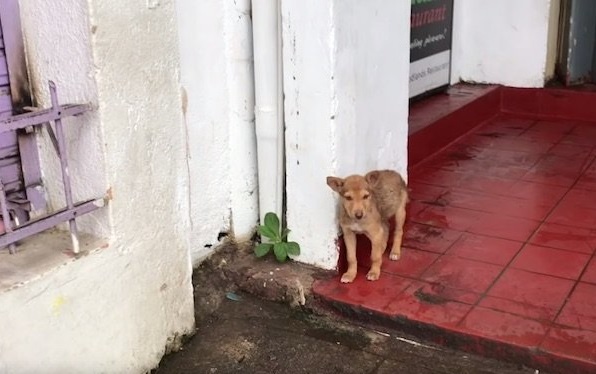 The group were away from home but even there they tried to get the pup a new home asking people if anyone was interested adopting it but unfortunately to no success, so at last they remembered to ask someone close by to them.

The driver of the group, a man named Thushara, volunteered to take care of the pup, the persistence of the pooch paid off and finally she had a family and was safe and sound, the group named her Lek Lek and then said their goodbye. 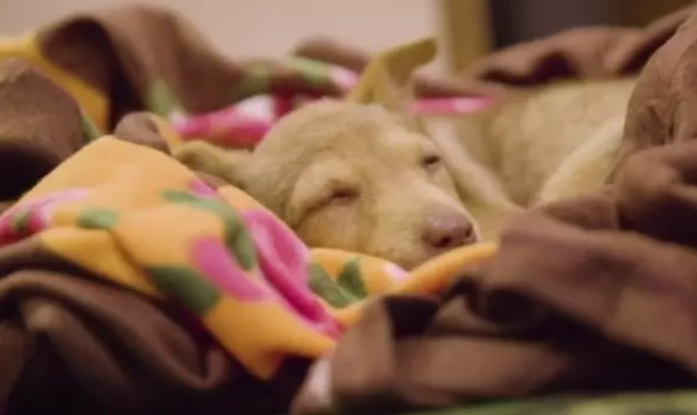 The owner of the pooch bought her a new blanket and bather her he used his luggage as a makeshift bed for the pooch while she was at the hotel and the sweet animal received the most peaceful sleep she had in a long time. 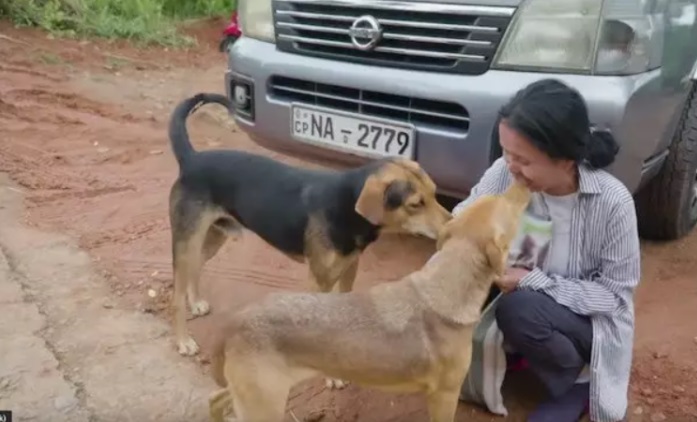 Lek Lek loved her new home and she grew particularly closer with her dad, finally her hunt for the forever home ended.