Hope For Paws was contacted about an abandoned Chihuahua. When they arrived, the dog was seen weaving in and out of traffic, so they’d have to approach cautiously. A neighbor told the rescuers the dog had been living on the streets for weeks. 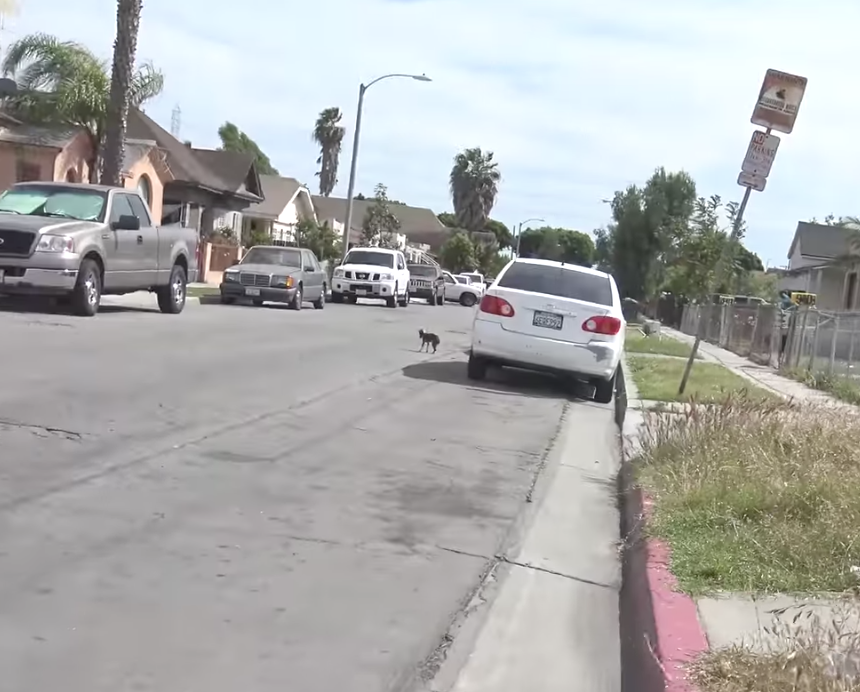 A FedEx truck stopped in the road and allowed them to walk toward the dog. The Chihuahua then took off into a yard. She was spotted all the way in the back corner. 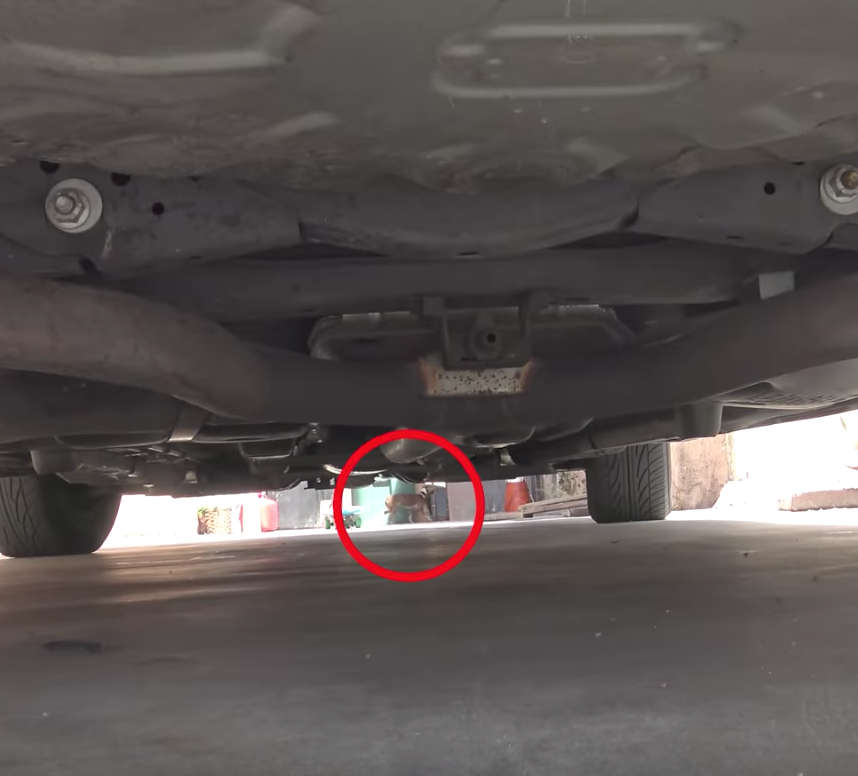 It was here that rescuers noticed the Chihuahua had run to some other dogs. It turns out she went to her friends for protection. But it’s as if these friends knew Hope For Paws was there to help. They didn’t let out a peep! 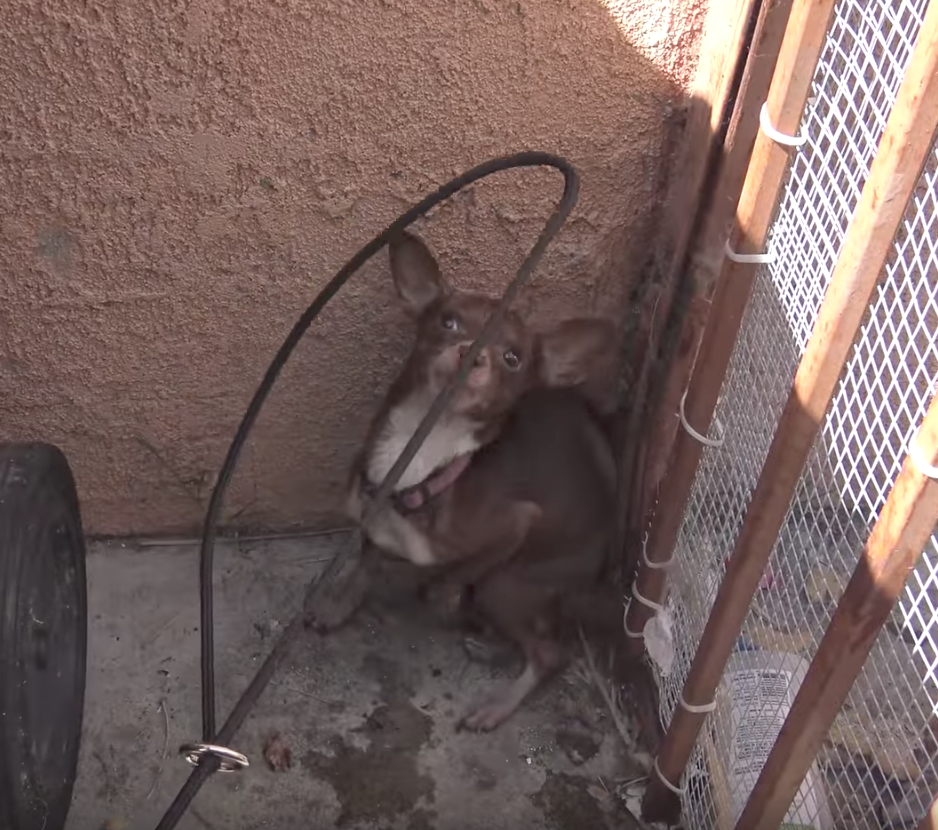 As for the Chihuahua, she was still terrified and kept barking as a form of defense. She was so scared, she urinated and defecated and was sitting in her own feces. Rescuers tethered the dog and pulled her out of the corner. 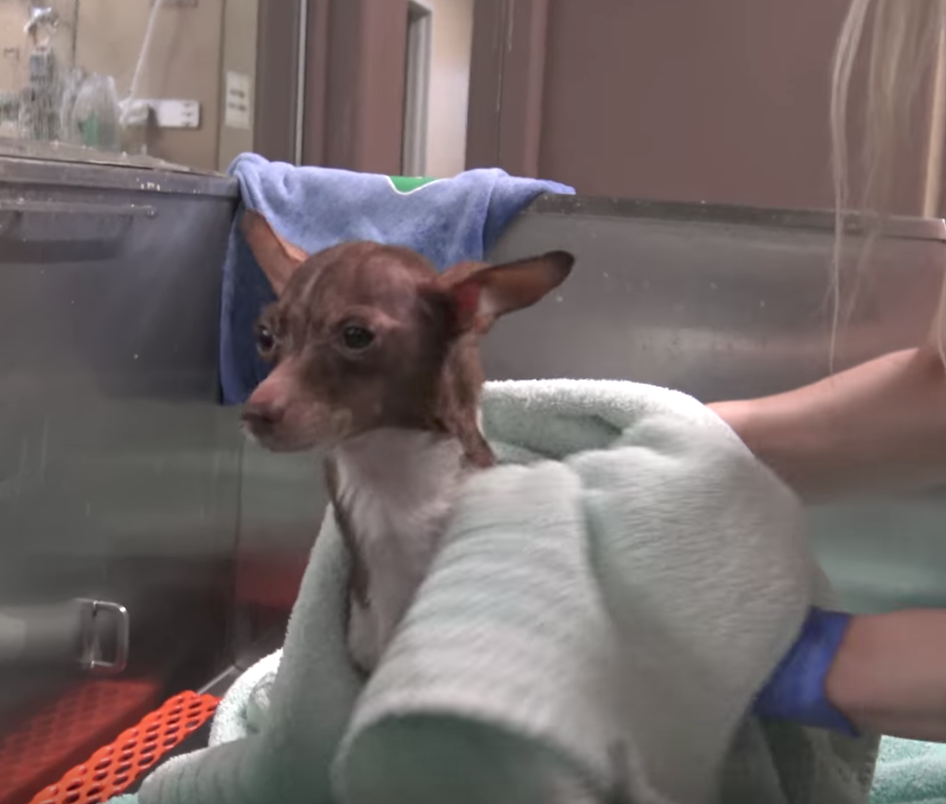 After placing a lucky leash around her neck and naming her Blossom, it was time to head back to the facilities for a nice bath. The malnourished dog needed some TLC, so they set up a comfortable bed and provided a nice dinner. In just two hours, life had already gotten a whole lot better! 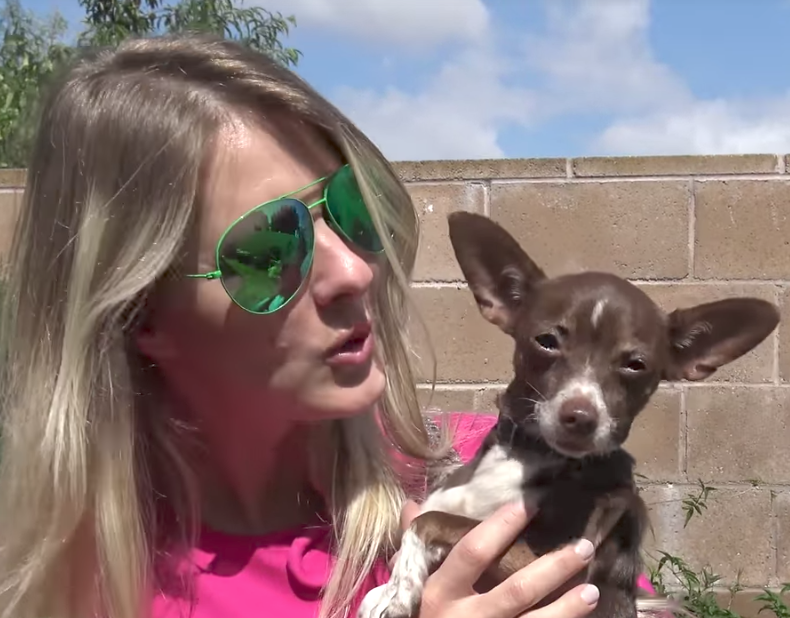 Little did Blossom know that in two weeks, life would get even better. L.A. Animal Rescue found the sweet Chihuahua a forever home! She now has new human friends, dog friends, and cat friends to share life with. It doesn’t get much better than this! 🙂

Watch the rescue below and see Blossom go from street dog to living her best life.