Being a foster caregiver for animal rescue has many rewards. It’s also filled with hope and heartache, sadness and joy. A Siberian Husky named Arnold was found as a stray. His leg and eye were badly injured and he languished at a shelter for a week before he would be properly treated. A husband and wife who regularly foster shelter and rescue dogs got him from Helping Hands Rescue and brought him home to take care of him. 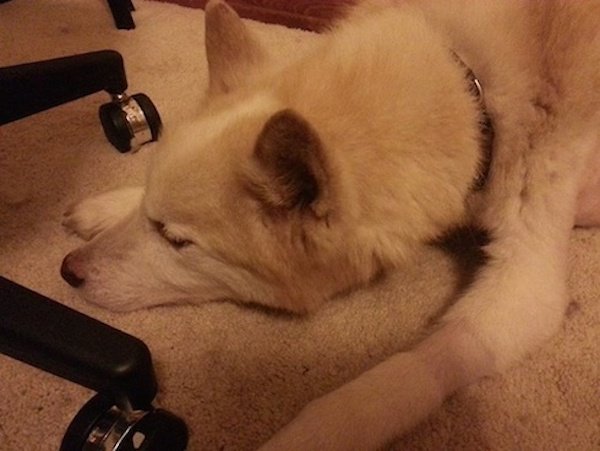 “He is my pirate/zombie dog.” 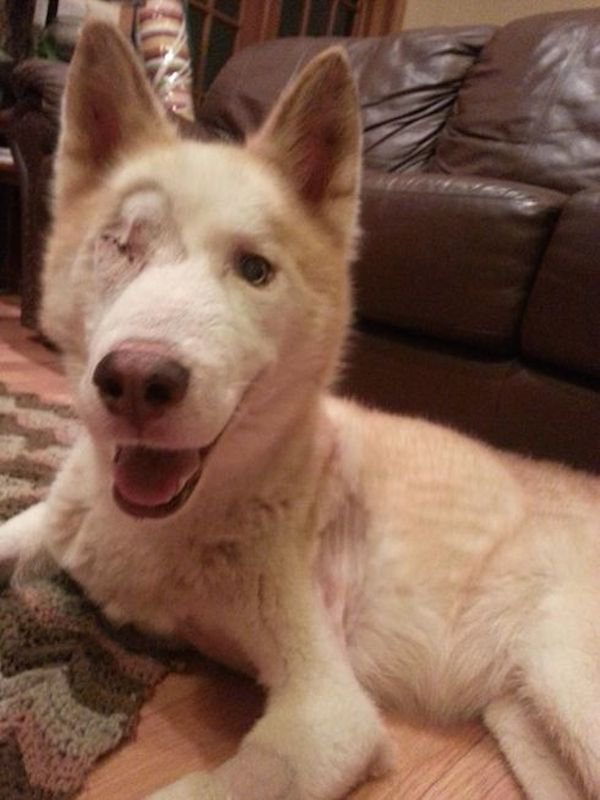 “This is how he looked when we first got him three months ago. 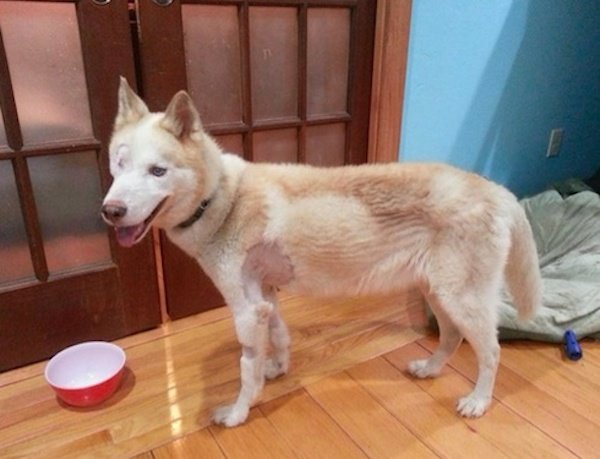 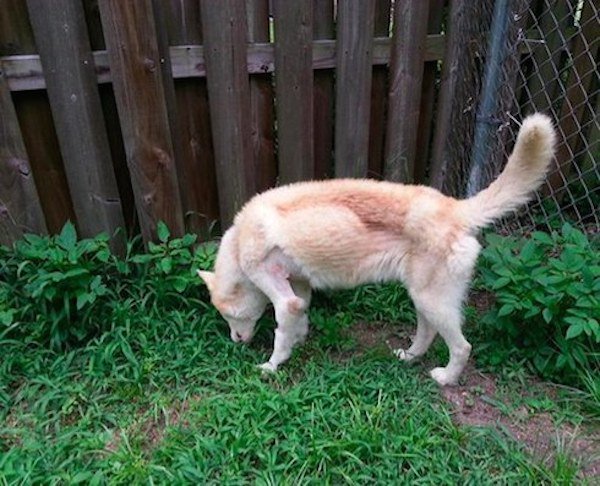 “He had caught his left leg in his choker chain and it had grown into his armpit. Both the chain and his eye needed to be surgically removed. But, because the pound only does surgeries one day a week, he just sat in a small kennel for a week.” 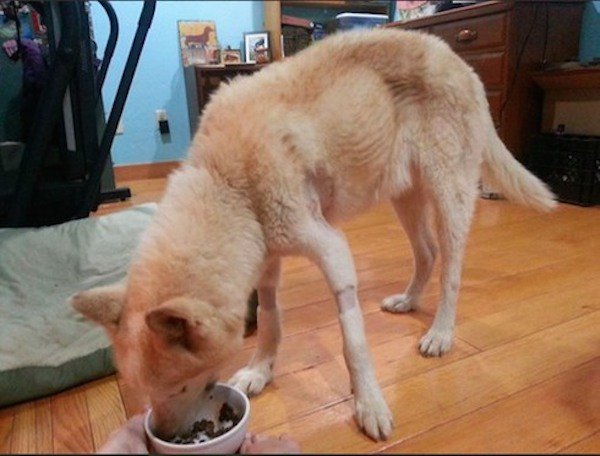 “He only weighed 27 pounds, about 25 pounds under average weight for a male and was heart worm positive.” 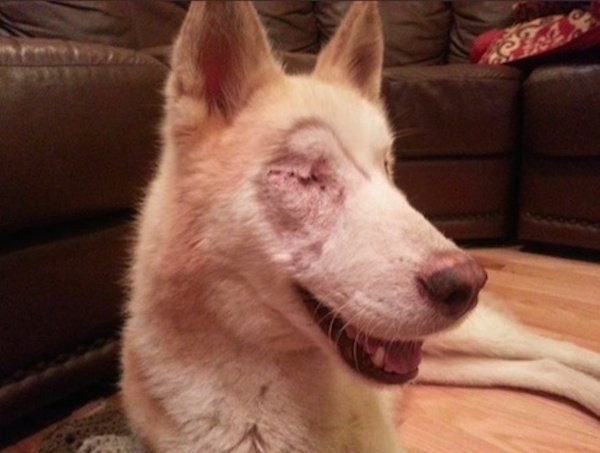 “The day after his surgery, the rescue I volunteer for was allowed to take Arnold in and my wife immediately offered to foster him. He adjusted to our home immediately, and even our dachshund (who is a royal bitch, seriously) decided he belonged here.” 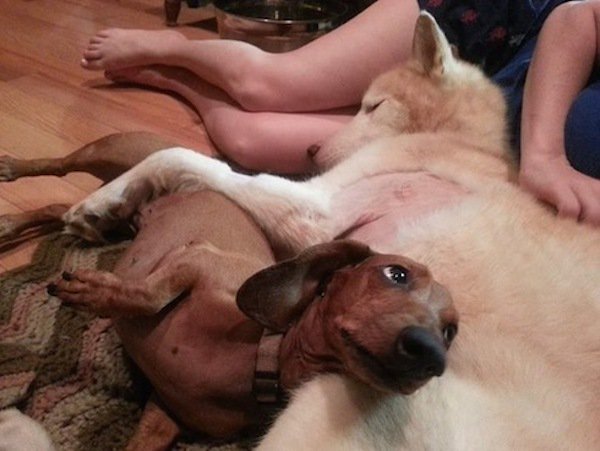 “Over the next few months we found out he had the worst case of whip worms imaginable (which lead to a major B12 deficiency) and some unknown illness which caused explosive, bloody diarrhea that I get to clean up two to three times a week. It is okay, it isn’t his fault. He spent 40 of the past 90 days on metronidazole to try to combat whatever is keeping attacking his digestive system.” 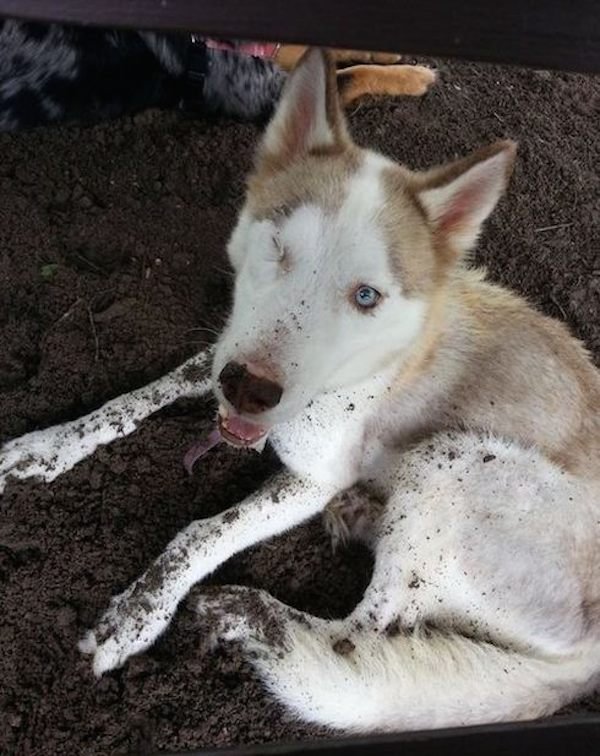 “Whatever it is, it kills his appetite. I wake up 1 hour early every morning just to try to get him to eat something before I have to leave for work. And, all of our hard work has paid off. Arnold has grown form 27 to 43 lbs. He has more energy. He has been able to go with us to on excursions a few times. He loves dirt.” 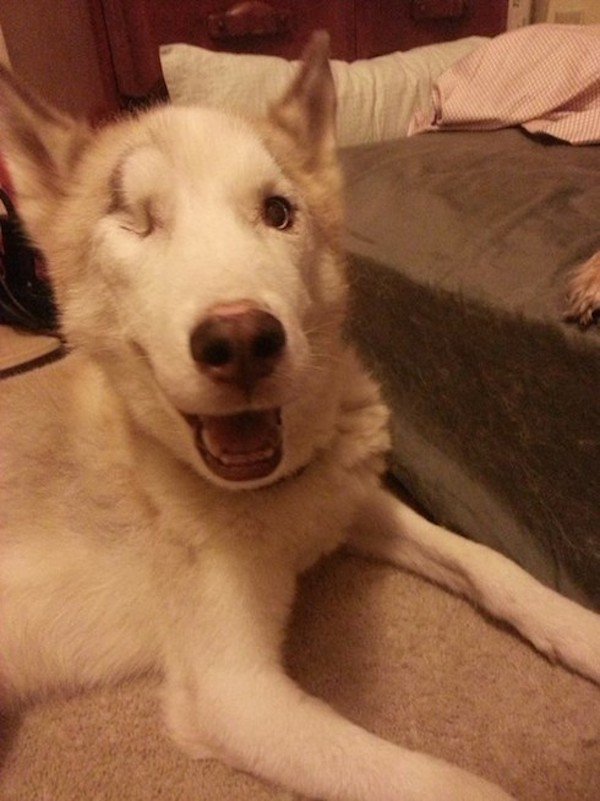 “Recently, however, my wife and I noticed some bloating in his stomach. We hoped this was related to the completion of his most recent course of metro [Metronidazole]. But it wasn’t.” 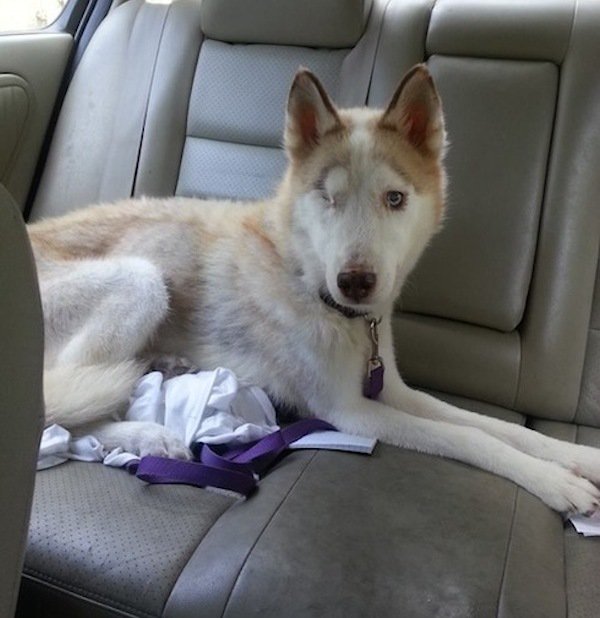 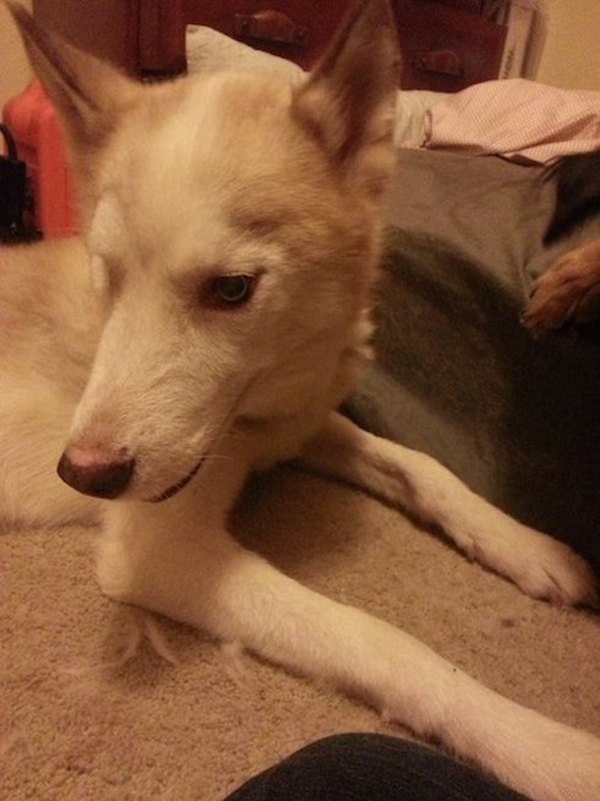 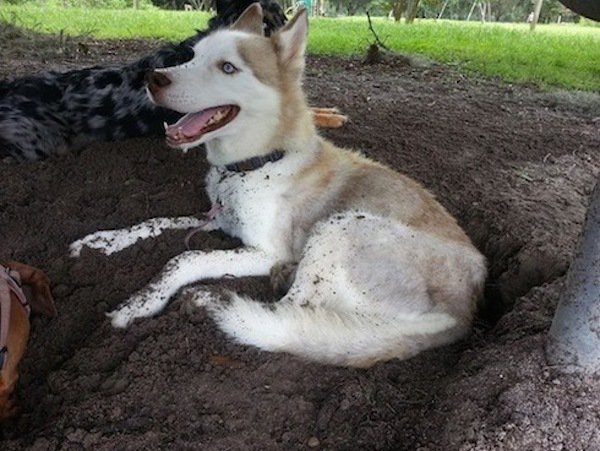 Arnold’s rescuers noted that even severe heartworm treatments are highly treatable…however the treatment takes a hard toll on a dog. And at only 28 pounds there was no way he would have survived the treatment. They commented, “We were fighting to put the weight on so that we could treat him.”

Sadly, not in time. But we take comfort in that Arnold had a loving home in the months after he was rescued off the streets.