Neighbors were afraid of dogs, and worried that she might bite them if they attempted to get her unstuck. But the volunteers with Animal Aid Unlimited knew she meant no harm, so when they received the call about her, they immediately set to work on freeing her. 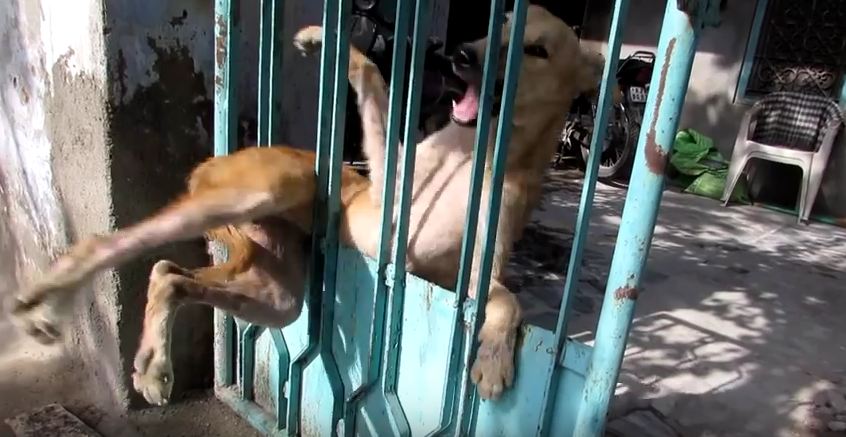 Though squeezing her through caused her to be pinched a little, the team easily managed the task of getting her out.  Once free, she was naturally grateful, and doled out kisses at the rescue group’s home base. 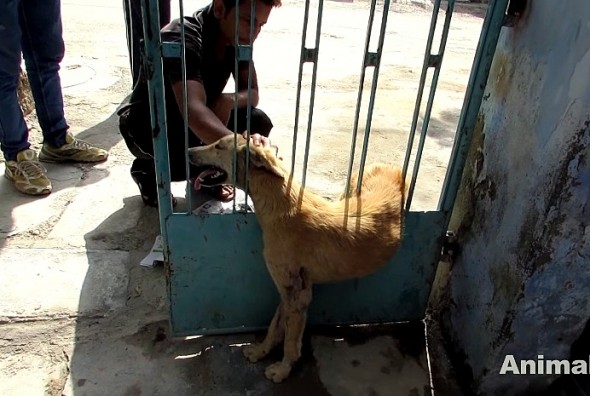 And Animal Aid didn’t just save her once – they did it twice.  She also had mange, which would have eaten her alive had she not been taken in. 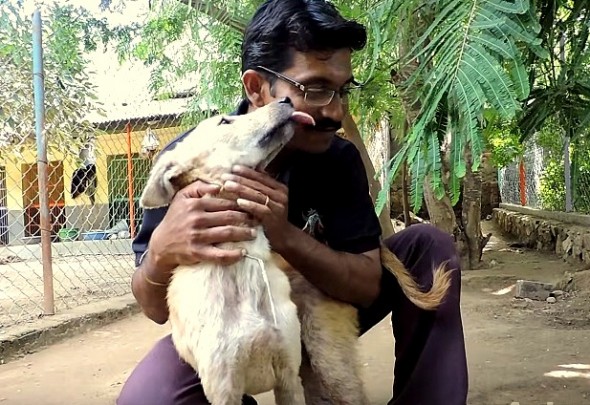