If you’ve ever attempted to give your pet oral medicine, you know it’s often an exercise in futility.

The vets say you can just pry open the animal’s jaw and cram the pills way back in their mouth, but in reality, pets find all kinds of ways to spit those meds right back out at their frustrated owners. Brett Bennett of Seattle, Washington, knows this all too well. 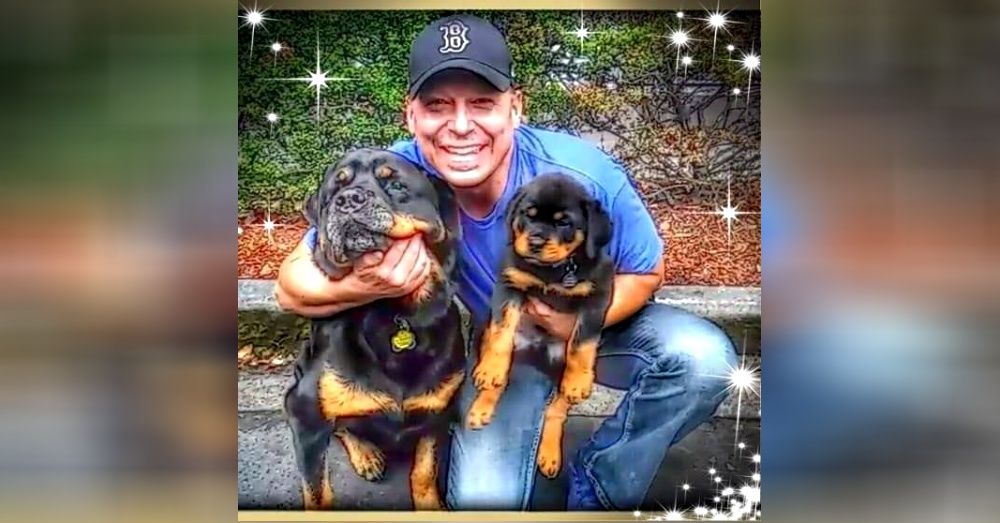 Brett’s rottweiler Brutus has arthritis, so he’s been prescribed pain relievers that he has to take every day. It’s always a challenge getting him to swallow the five tablets he needs, but one day recently, Brutus tried a new avoidance technique that has everyone on the internet giggling.

As Brett approaches Brutus, who is lying on his back on the floor, he realizes that the dog is completely immobile. He’s got all four paws up in the air and he looks exactly like he’s playing dead! 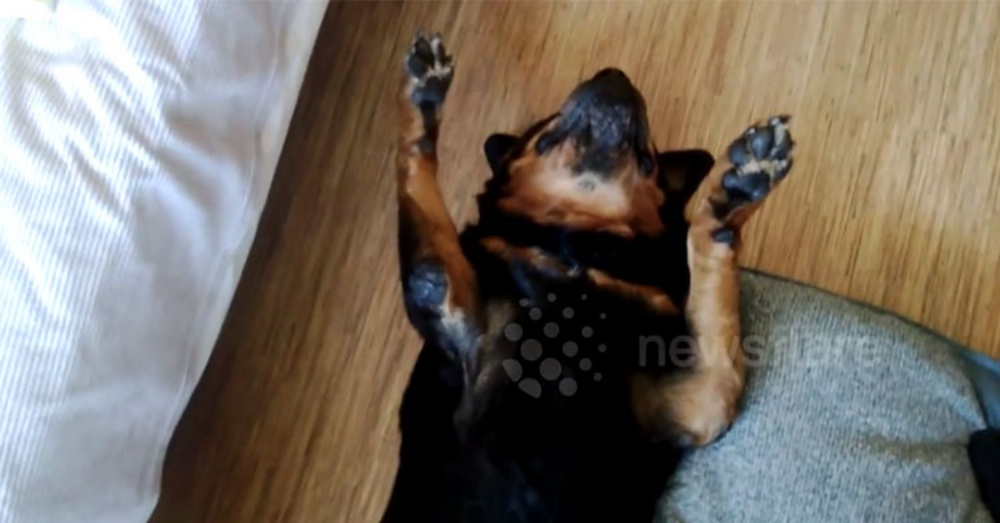 Brett proceeds to cajole his dog into swallowing the medicine, but Brutus just lies there, frozen. It’s as if he thinks that if he is still for long enough that Brett will forget about him. Brett keeps trying to convince Brutus that taking his pills is in his best interest — they always get to go out and play afterward, for one thing — but the dog is simply not having it.

“He just puts them in his mouth and he won’t eat them,” said Brutus’s exasperated owner. “If I put it in a piece of food, he’ll chew it up and spit it out — he knows. I’ve never seen him do this, though.” 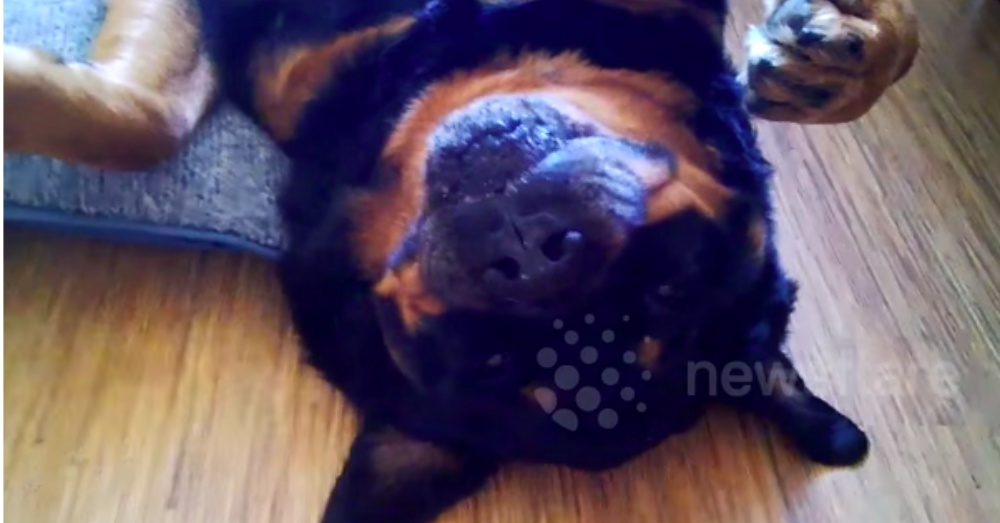 “He’ll stick them in between his teeth and then kind of tilt his head back,” Brett said. “Most of the time he’ll just eventually swallow them on accident.”

But this time, Brutus isn’t going to make that mistake. As a matter of fact, the second Brett turns his back Brutus spits out four of the five pills. What a stinker! He doesn’t even have the grace to look embarrassed about it, either. 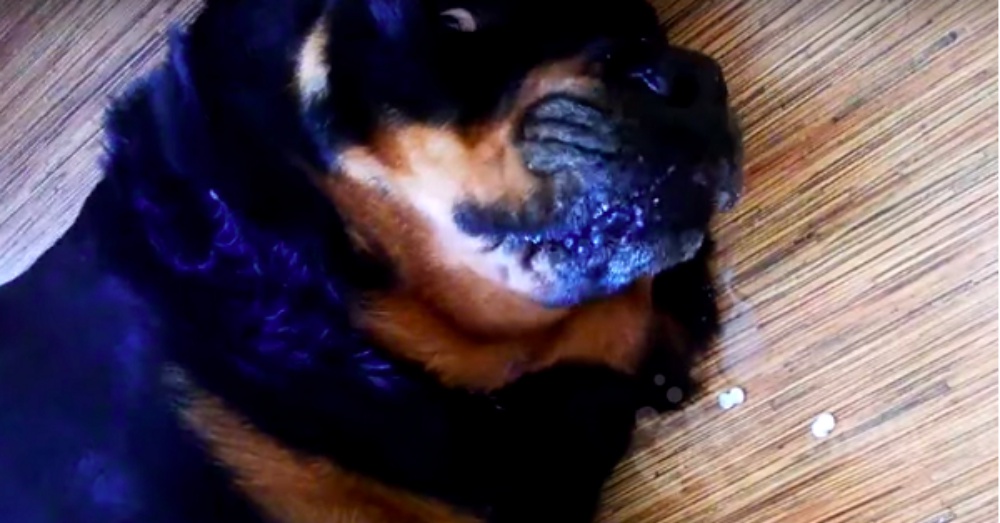 Brett’s video is well on its way to going viral, and pet owners everywhere can recognize how stubborn he’s being — but it’s still hilarious! Come on, Brutus. Be a good boy and take those meds!

Watch Brett try to convince Brutus to take his arthritis pills in the video below, and don’t forget to share.