Tito, a former stud dog, was restricted to life on a short chain on a cement floor in an auto shop. When he was saved by Guardians of Rescue, he was malnourished and had yeasty ears and pressure sores all over his body. But in only five days, he gained 10 pounds, and is now enjoying a life of freedom and love. 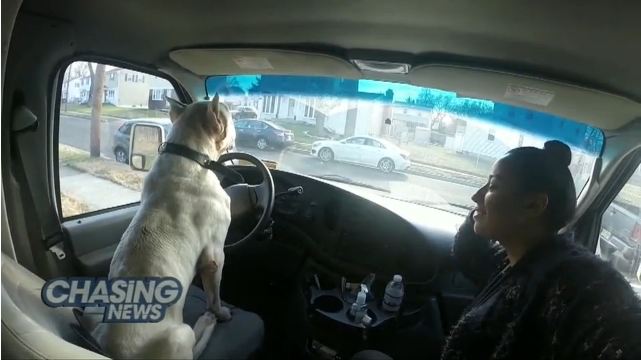 This is what the Guardians had to say about Tito:

We received a call about a neglected dog living in a warehouse, and while the details of the dog’s condition were alarming, we were even more shocked to find his condition worse than we could have imagined. 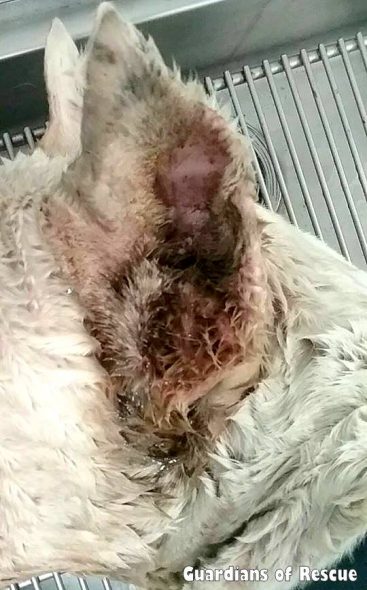 Tito’s voice was Jazzy, a dedicated, experienced animal rescuer, who worked hard to try to get him from the people who had him. She contacted several organizations for help, to no avail, and even went into the unsafe area where Tito was living, putting her safety on the line, in a constant effort to get the poor dog rescued from his horrible life.

When The Guardians were contacted, we swiftly put into action a plan to get Tito rescued and get immediate medical attention by Dr. Moose, who was on site and ready to help, and is currently caring for Tito. 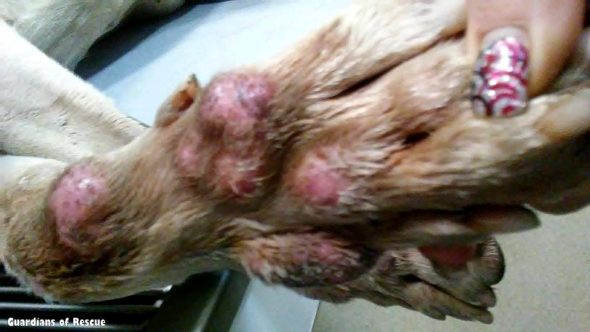 For anyone who knows the breed, Tito is extremely underweight for a Dogo Argentino. Tito has clearly never known love or affection, and he certainly never had care of any kind. His purpose was for breeding and he was forced to do so in this condition. He was fed only kibble, which with his badly infected teeth and extreme ear infections, it was so difficult and painful for him to even eat. Despite all of the neglect and pain Tito has endured, his soul isn’t broken, nor is his ability to love, forgive and trust.

Our rescue crews were on multiple cases in New Jersey, but Tito’s really stood out. These are the dogs that we are out for every day, working to help dogs like Tito, who only know a life of suffering and neglect. We work to get these dogs out of their situations, so they can finally experience a loving touch, the warmth of a caring embrace, and to have injuries be healed and the hurt to go away. 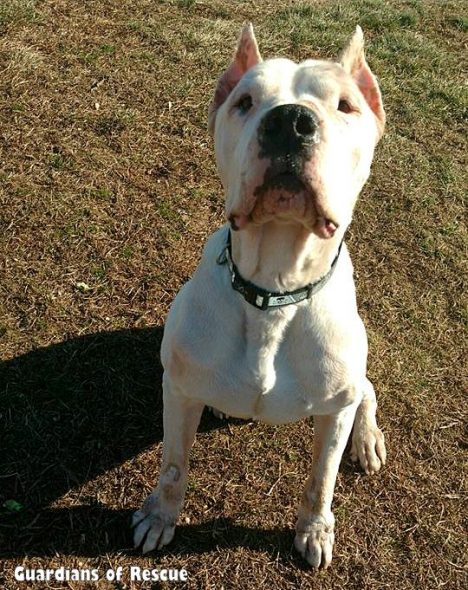 We need your support to help us to accomplish saving many other dogs from a life of unnecessary suffering. How much is saving a dog, like Tito, worth to you? Please donate today so we can give more dogs a new life. Donations can be made at guardiansofrescue.org/300-2/

While we were successful in getting Tito rescued, the case is not closed.  Together We Save Them! 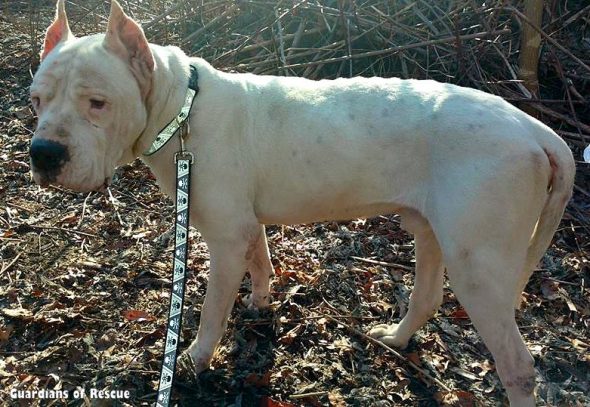 Update, one week later:  Look at this guy now! Under Dr. Moose’s most excellent care, in less than a week, Tito already looks like a different dog! The grime of the past bathed off, his extremely infected ears have been treated, the sores on his body are healing and he is putting on weight. Gone are the cement floor he lived on and the wall, and life he was chained to for years. Tito now feels softness under his feet; he has freedom to walk around and explore, and discover new, exciting things. Tito has a warm, soft place to sleep, good food and is getting lots of love and attention!

From his life of severe neglect, to a whole new world, Tito will now only ever know what it means to be cared for, loved, and the comforts of a warm home. 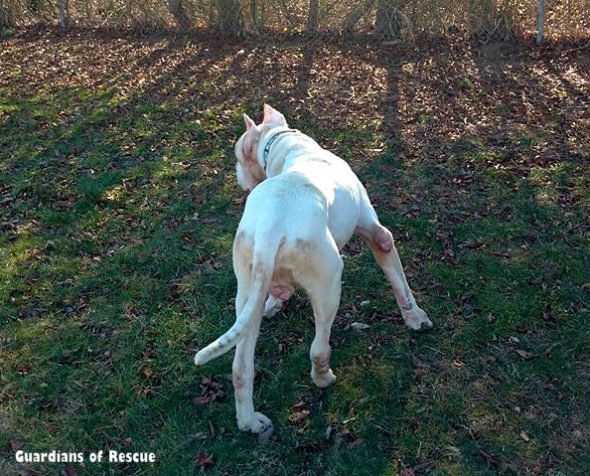 The Guardians now have their own show on Animal Planet.  They only started out with six episodes, and the last one airs this Saturday at 10/9 Central.  Click here to catch up and watch previously aired episodes online.