Rex is a 9-month-old black lab from Littleton, Colorado. He’s also a school therapy dog and best friends with almost every kid in school.

The Colorado puppy is so popular, in fact, that a student made Rex a mailbox where kids can drop off letters for the loving pup whenever Rex isn’t around.

“Maybe if they didn’t see him today in class, they will put a letter in the mailbox,” Rex’s handler, John Gray, told 9 News. “They can write and draw whatever they want.” 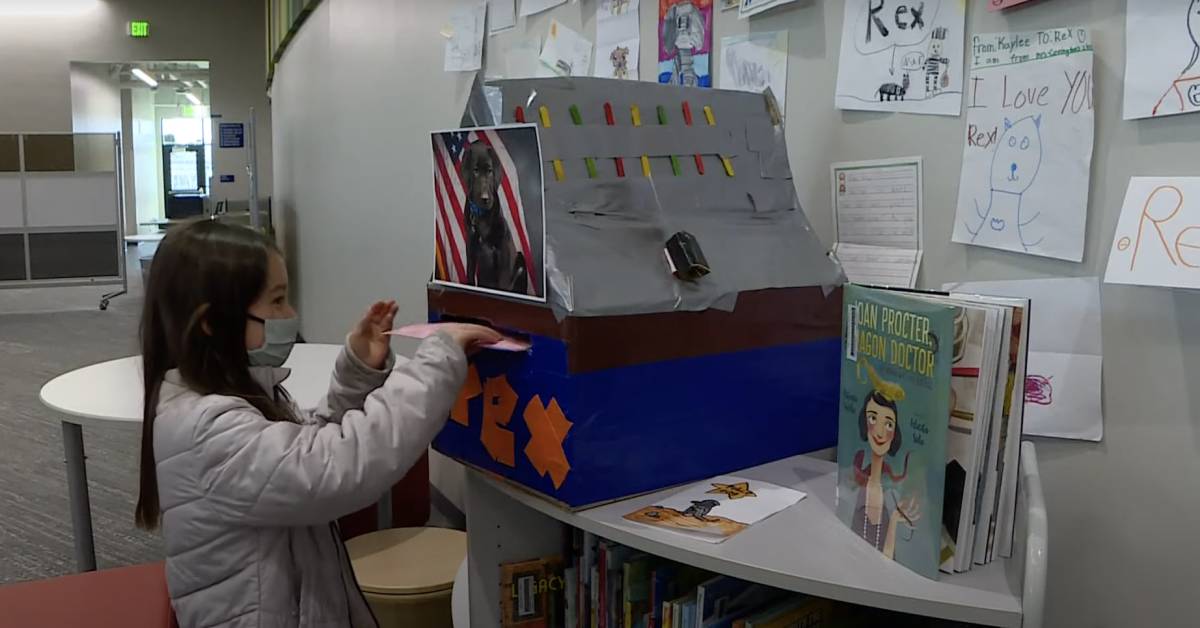 According to Gray, who is also the school’s resource officer, Rex has already received 50 letters from elementary students since the school year began.

Many of these missives come from students who genuinely miss seeing Rex (who visits different schools in the area) during the day. These letters also give kids an opportunity to practice learning to read and write.

“When I see a kid interact with Rex, you know, they may say this is the best part of their day,” said Gray, who is also the school’s resource officer. 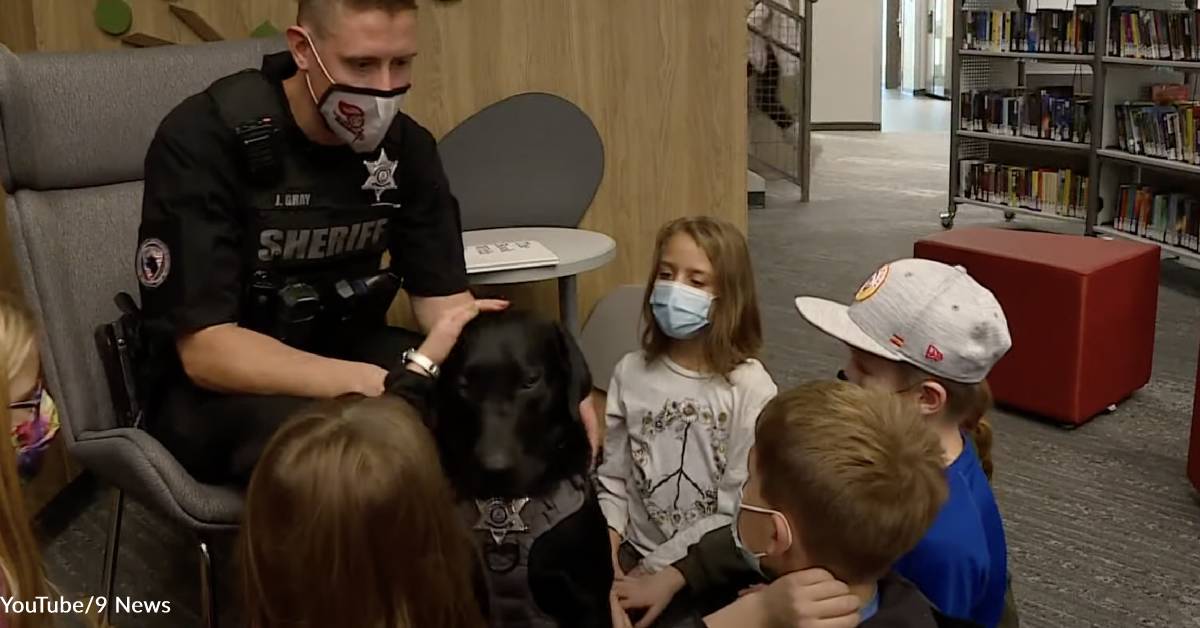 The dog’s widespread popularity has also led teachers to begin using lunchtime with Rex as an incentive to encourage good behavior.

“Kids wanted to know more than just ‘how can I pet him,’ but ‘how can I really connect with him?’” said Principal Teresa Burden, whose school lets kids eat lunch with Rex when they model good behavior.

“Kids just connected with animals in a different way than they connect with teachers or families, and it is just beautiful to see,” Principal Burden said. 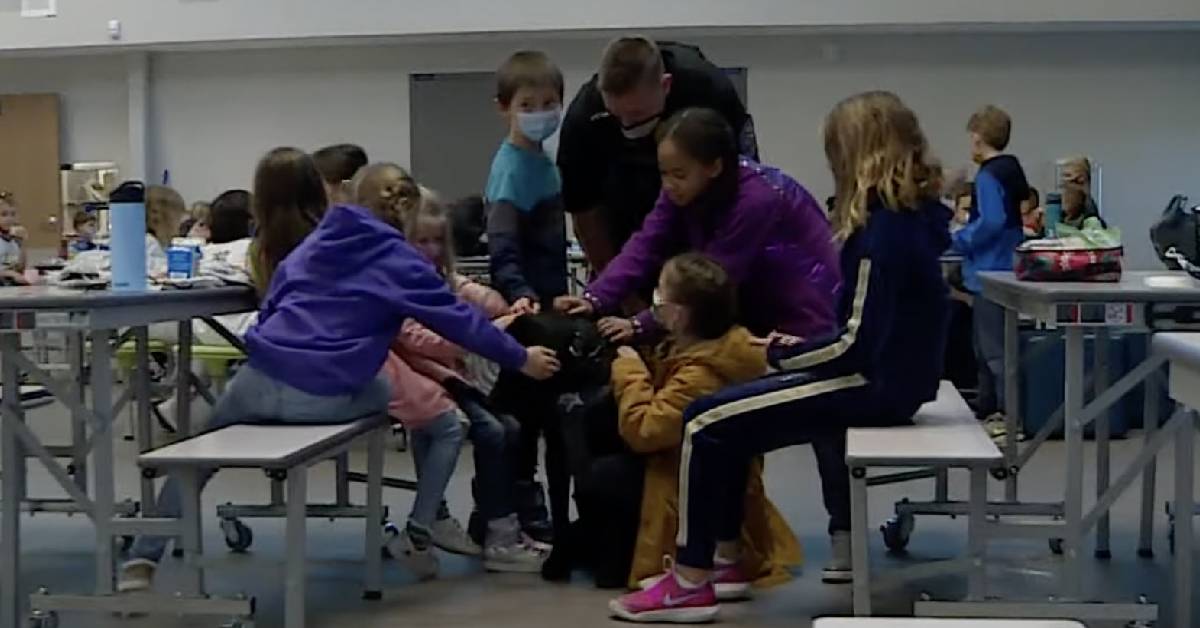 Gray, the school resource officer, believes the therapy dog program has become an important way to model empathy and kindness, especially during a pandemic that’s left students more isolated than ever before.

“It is hard for students, because they can’t see that expression, right?” Gray told the station. “They are losing that empathy, so this is a great tool to teach kids empathy.”