Jack McCrossan and three of his engineer friends live together in an apartment in Bristol, England. All of them have grown up with dogs, so they would love to get one of their own.

Unfortunately, their landlord doesn’t allow animals, so the boys were feeling very lonely without a dog in their home. Then, they noticed their neighbor’s dog peeking out the window across the street. 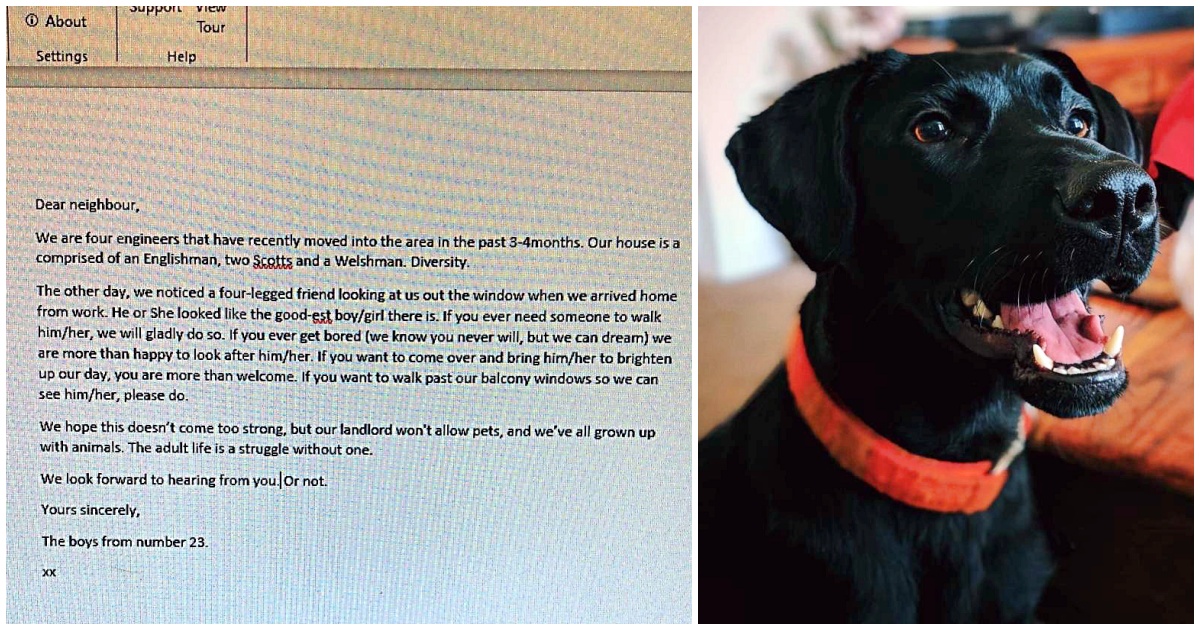 They were thrilled to learn that an adorable pup lived next door, and took this as the perfect opportunity to make a new friend.

The boys decided to write a letter to the neighbors, explaining their situation. “He or she looked like the goodest boy/girl there is,” they wrote. “If you ever need someone to walk him/her, we will gladly do so. If you ever get bored, we are more than happy to look after him/her. If you want to come over and bring him/her to brighten up our day, you are more than welcome. If you want to walk past our balcony windows so we can see him/her, please do.” 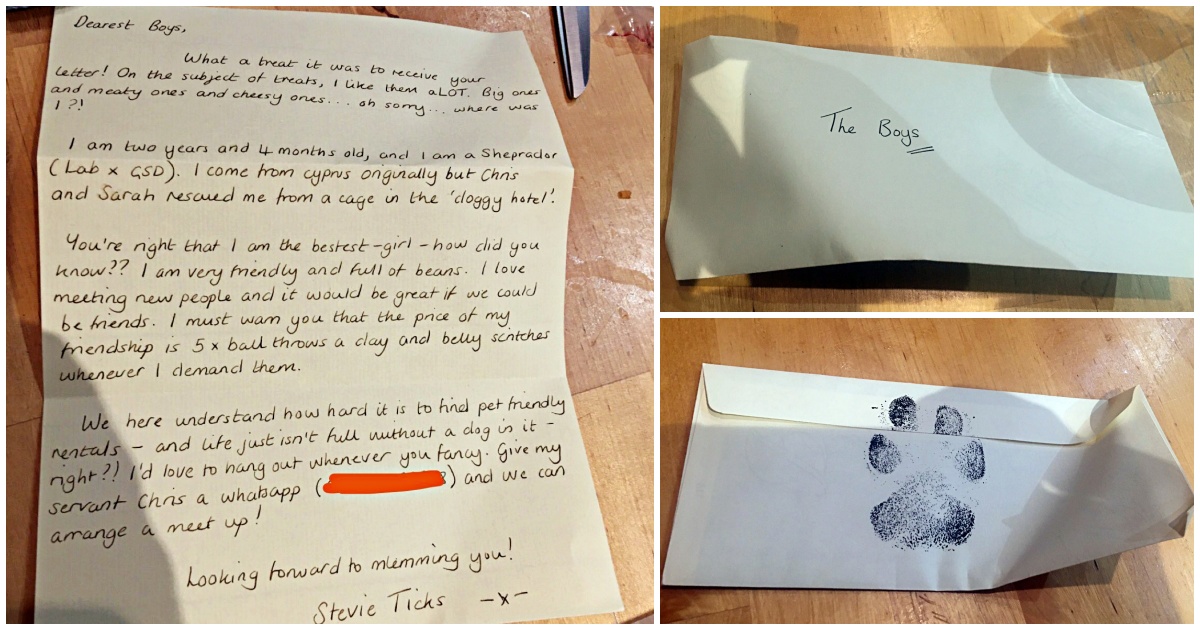 The boys never expected to hear back from the couple, but they thought it was worth a shot. Jack and his friends soon received a reply to their letter, and it was better than they could have ever hoped for.

The envelope was addressed to “The Boys” and was sealed with a paw-print stamp.

“What a treat it was to receive your letter. On the subject of treats, I like them a LOT. Big ones and meaty ones and cheesy ones….oh sorry..where was I?!” the letter begins. 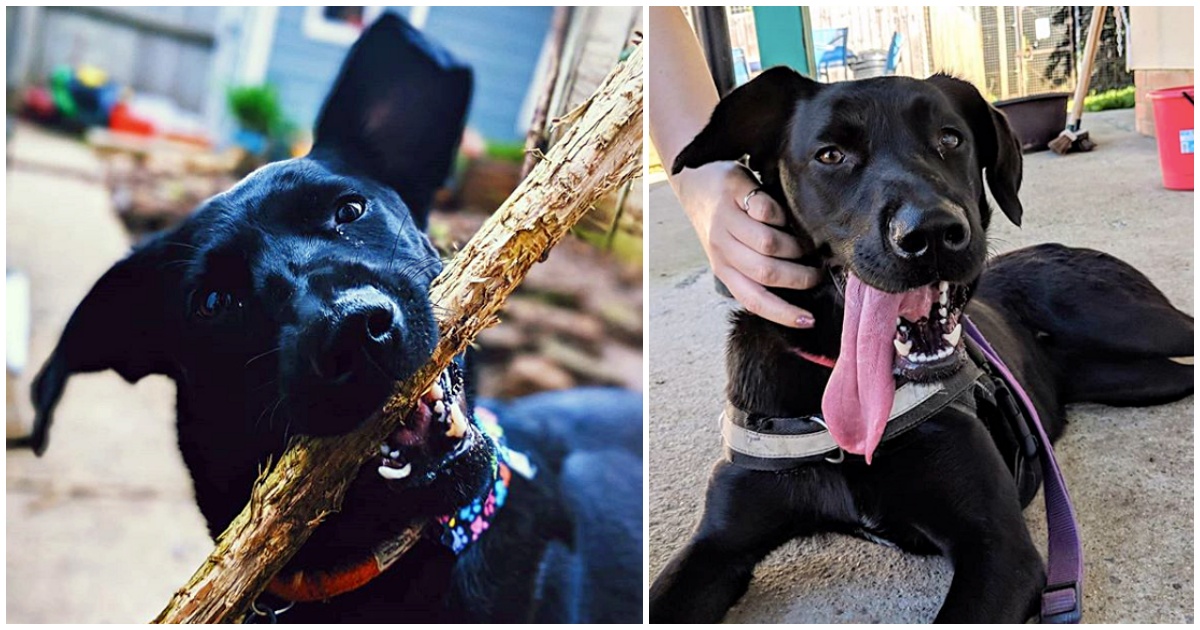 The letter explains that the dog is a two-year-old Lab/German Shepherd mix named Stevie-Ticks who was rescued from a bad situation in Cyprus.

“You’re right that I am the bestest girl – how did you know?” the letter continued. “I am friendly and full of beans. I love meeting new people and it would be great if we can be friends. I must warn you that the price of my friendship is 5 x ball throws a day and belly scritches whenever I demand them….We here understand how hard it is to find pet-friendly rentals — and life just isn’t full without a dog in it — right?! I’d love to hang whenever you fancy.” 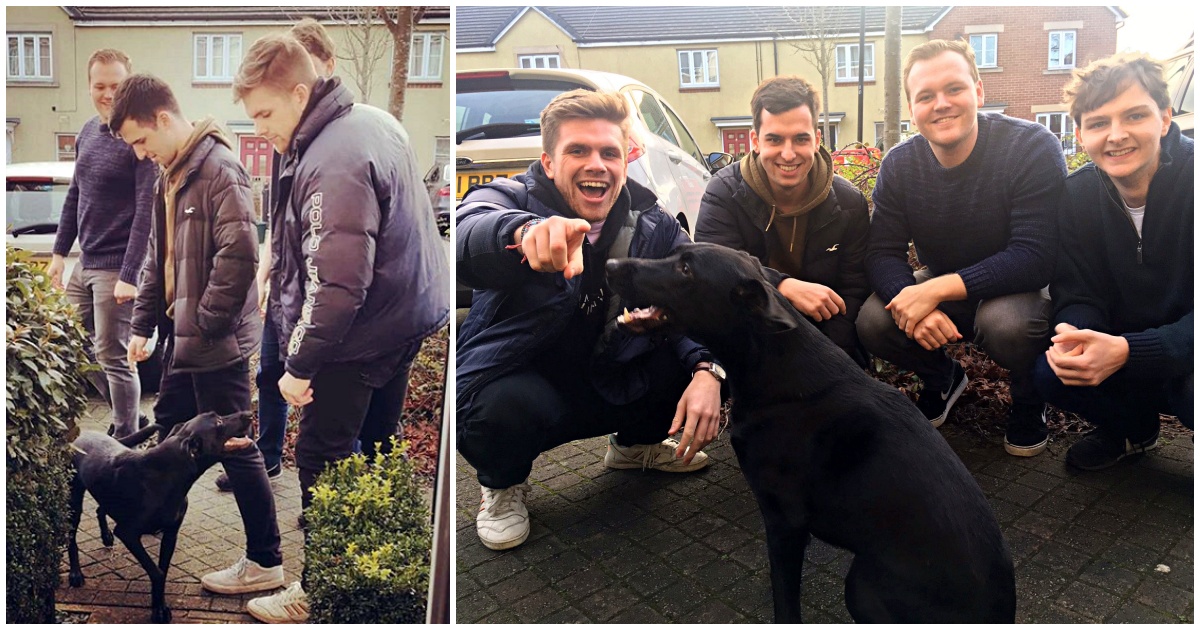 Not long after, the boys met up with Stevie for a playdate, and it was love at first sight! The boys finally have a new dog in their lives, and Stevie has four new human friends to throw the ball to her. It’s the start of a beautiful friendship!

Jack tweeted his heart-warming story on Twitter, which has since gone viral. Amidst Stevie’s newfound Internet fame, her parents made her an Instagram page, which has already racked up 57,000 followers. Click here to follow Stevie on Instagram, where hopefully we will get to see more pictures of her and her friends.

Been saying we’d love a dog about the house but our landlord doesn’t allow pets, so my housemate posted a letter to our neighbours asking if we could walk their dog every once and a while and the response was better than we could have ever hoped for pic.twitter.com/dcMOfPk5UH