The world can be a very cruel place, but often, those most deserving can find it to be kind, as well. 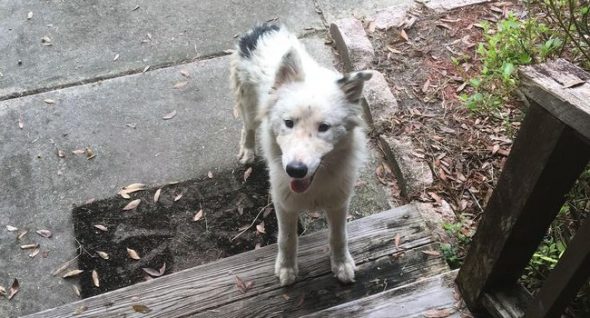 Such was the case for a lovely dog, an apparent stray, who found herself wandering the streets of Central Florida just days before Hurricane Irma tore through.

Luckily, she happened upon just the right person at the right time. A woman who uses the name “Amiawifeorasword” on Imgur.

“While I was out prepping our yard for big Irma badness here in central Florida I saw this sweetie across the street,” she wrote in her post. “I called to her like I would any dog and she cautiously walked over. Even looked both ways before crossing the street. She’s a smart cookie.”

She figured the dog to be roughly a year old and the poor thing was famished, downing three bowls of food and two cups of water, the woman wrote, before seeming to take a breath.

The dog was street worn, as well: scuffed skin, bloody paws, matted fur. She had some tar stuck to her rear end. Despite what seemed like the emotional scars of hostile treatment, the pup walked right into the woman’s house after her filling meal. 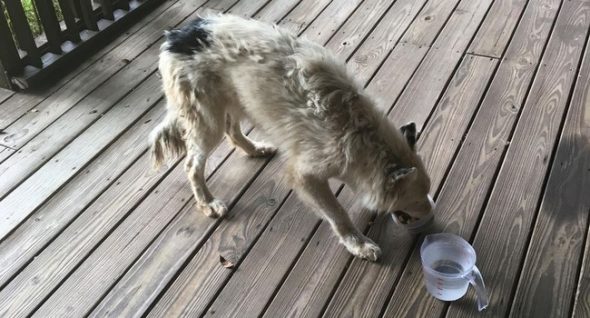 “She got pretty snuggly after being fed,” the woman recalls. “As far as even putting her paw on my arm and dragging it back to her chest whenever I paused for a moment.”

The dog endured a bath. And clippers. And slowly but surely, this kind human eased her nerves.

“Once she realized we were helping not hurting she stopped fighting us,” the poster noted. “It must have felt so good to have those mats released from her pulling her skin.”

Her rescuer wondered whether the dog had a family and, per her post, went searching on the Internet, spreading the word on social media and though she might have found the original owners. But it appeared they didn’t want her anymore. It seemed the dog had passed through a strung of families until someone eventually brought her to a new city and dumped her off, road side, one month previously. 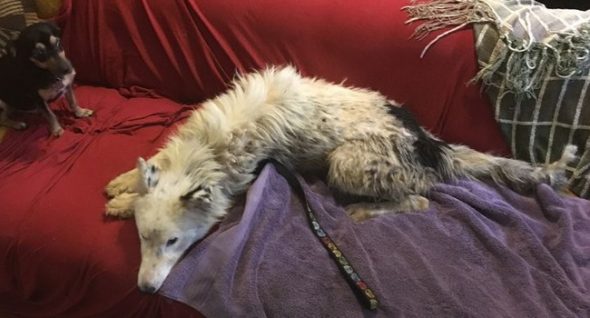 And so the woman decided the dog would stay with her. Forever.

She was named Amaterasu. Amy for short.

They would await Irma and ride it out together.

“So here we sit,” the woman adds. “Waiting out the storm and thanking the doggo gods for bringing us yet another source of happiness.” 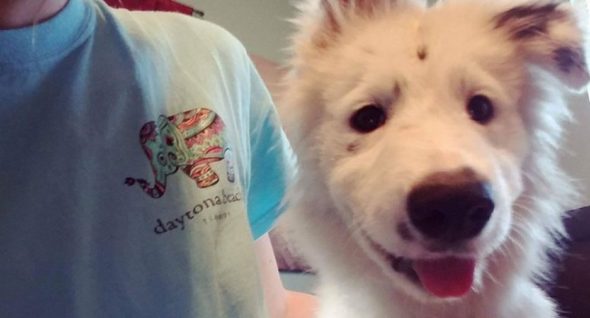