Hunter was living the life of a normal dog and had it all going for him until one day, his parents abandoned him forever. He was taken to the Houston Humane Society in Texas where the owners explained to the staff that Hunter wasn’t getting along with the new puppy and that they didn’t want him anymore.

The six-year-old dog had no idea why this was happening, and it completely broke his heart. 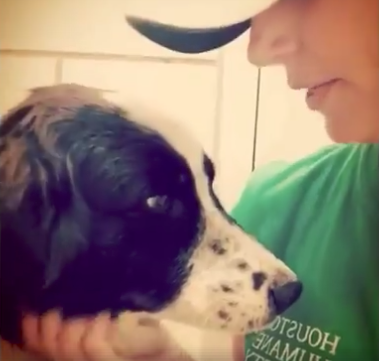 Randi Bertholet, who has been volunteering at the humane society for the past seven years, was one of the first to interact with Hunter after he was surrendered. And that’s when his broken heart became very apparent.

“When I walked up to the kennel, at first I didn’t even see a dog in there, until I looked in the corner. I saw him frozen in fear, trying to make himself invisible,” Randi told The Dodo. “I immediately sat on the floor, turned away from him, waiting for him to come to me. After a few minutes he cautiously approached me.”

Hunter realized he could trust her, and he broke down. Randi shared the moment captured on video with the caption: “Ever wonder what a broken heart looks like? Well there you have it.”

Randi felt so bad for the poor pup and did everything she could to console him. She was heartbroken and cried that night while lying in bed thinking about how lonely and scared he must be.

But as others began learning of Hunter’s sad situation as the result of the video being posted to social media, adoption offers came pouring in! They were becoming hopeful that it wouldn’t be long until Hunter found a new, loving forever home. 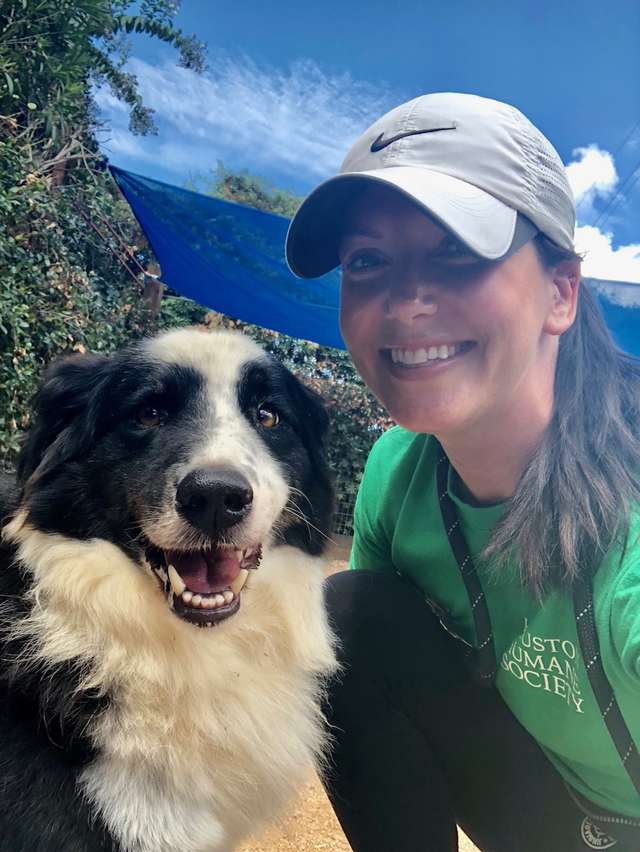 And that’s exactly what happened! And sooner than anyone thought it would. The Houston Humane Society recently updated their post with the good news:

“Hunter has a forever family! We posted a video so you all can meet them!”

“We have exciting news! Our sweet Hunter has found his forever family! Thank you to everyone that took the time to share his story. And thank you especially to Larry, David, and Dolly for opening their hearts and home to Hunter.”

We’re so happy for Hunter and his new family! 🙂