Police are still investigating the circumstances of a dog that had been rescued from a South Carolina roadside. Now called Rambo, he is recovering from injuries that are consistent with being what’s called a bait dog in the dog fighting world. They’re used to train, and make fighting dogs meaner. Many bait dogs do not survive very long, and not unlike Rambo, are often abandoned when they are no longer “of use.” 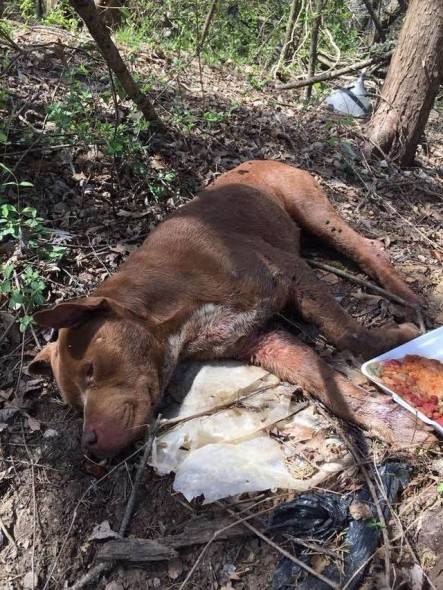 Two women driving down Vernsdale Road in Rock Hill City when they noticed Rambo laying on the side of the road. The women reported that the area may be a common dumping ground for former fighting dogs. There was another dog carcass near where Rambo was discovered, and also some various bones scattered around.

The two good Samaritans brought the injured dog to a 24-hour emergency animal hospital in Charlotte, North Carolina. He has yet to undergo surgery to remove a badly damaged part of one of his ankles, and one of his other legs may yet need amputation.

“The left one is still questionable so he does not have normal pain sensation or normal blood flow to it,” said Dr. Laura Dvorak. Dr. Dvorak is a vet with the Charlotte Animal Referral and Emergency Hospital. 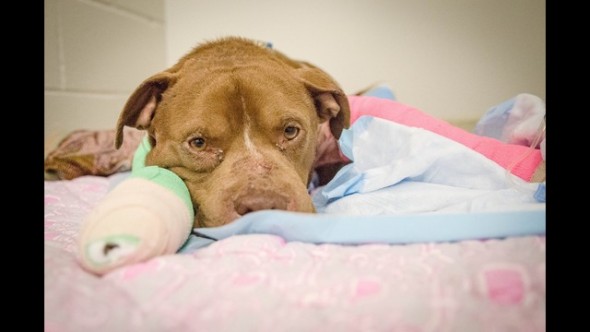 It didn’t take but two seconds of Dr. Dvorak seeing Rambo for her to suspect he was a bait dog. The types of injuries that he has, and the severity of them are a dead giveaway that some sort of human was at very least badly abusing him, if not using him for fight training.

“Having the tourniquet effect on the back legs seems to make us believe that some human was involved that he had to have ties around his ankles to have that type of injury,” said Dr. Dvorak. 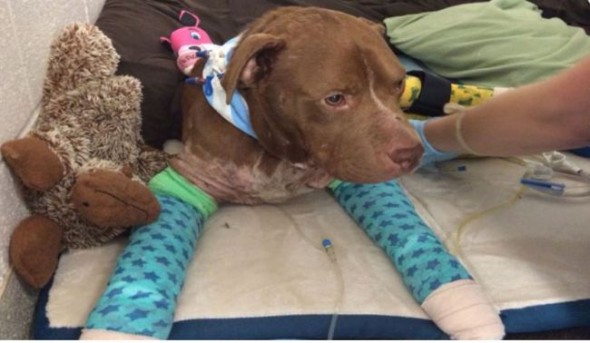 Due to the location Rambo was found in, there are now many law enforcement agencies working the investigation into how Rambo got to where he was. Captain Mark Bollinger with the Rock Hill Police is one of those investigators, and said that the area is now heavily patrolled, and police are asking the public for assistance in finding Rambo’s abusers.

“What we’re doing now is being proactive from this point moving forward, we’re going to step up monitoring of the area,” said Captain Bollinger.