Ellie and her sister, Gigi, had been caged up and neglected for years as PETA pleaded with their owners to hand them over. PETA even called the police, but it took a long legal battle for the owner to be convicted of animal cruelty and banned from owning pets ever again. 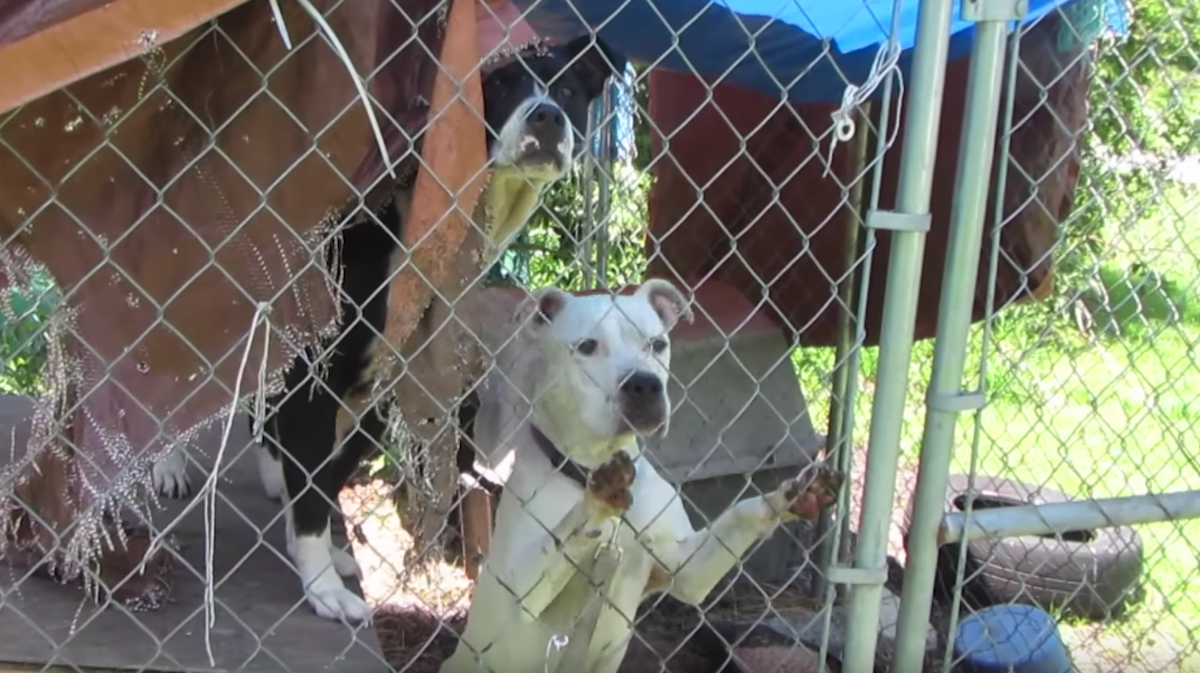 But the victory came too late for Gigi as she died in the pen with Ellie at her side. PETA won custody of Ellie, and after lots of love and care, she now has a life worth smiling about! 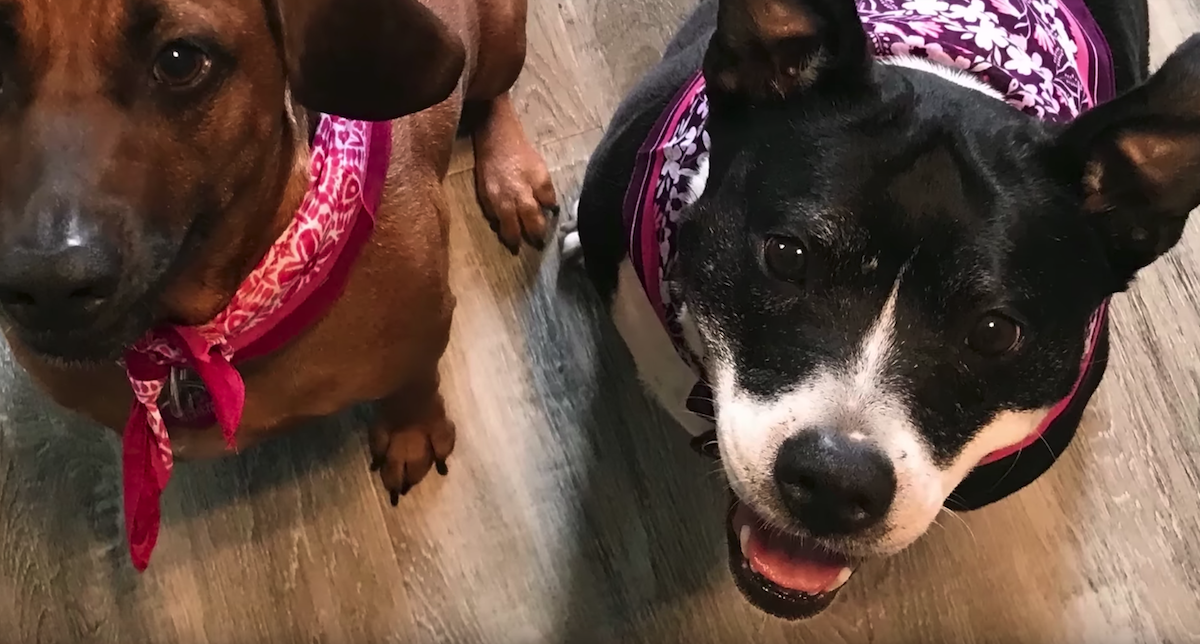 “Despite losing her best friend and enduring years of neglect, Ellie’s strong spirit has prevailed,” says PETA Senior Vice President of Cruelty Investigations Daphna Nachminovitch. “PETA hopes this story will inspire people to open their homes and their hearts to old dogs who have had a tough past and need a new lease on life.”

Ellie is now living her best life and enjoying lots of bananas with her new, loving parents! 🙂