Breed specific legislation (BSL) has been the cause of a lot of heartbreak and frustration. A lot of good dogs are at risk of losing the homes and families they’ve known and loved for years because people make assumptions based on fear and misunderstanding.

Aside from its direct harm, BSL can have indirect repercussions as well. Kayla Murray with the Austin Animal Center tells iHeartDogs about Chloe, a sweet dog who is at risk of losing her home in Austin, Texas to BSL – even though Austin doesn’t have any such laws in place:

“Chloe, a 3-year old, 80-lb, pit bull mix, arrived at the shelter in May 2017 as a stray. She had a microchip, and attempts were made to contact her owner, but nobody came forward to claim Chloe. This goofy girl won me and many others over while living at the shelter. She was well-known for her silly antics, fondness of all toys, love of splashing about in baby pools, taste for cream cheese, and her inseparable friendship with a particular orange ball. Sadly, despite everything amazing about her, Chloe continued to be overlooked.” 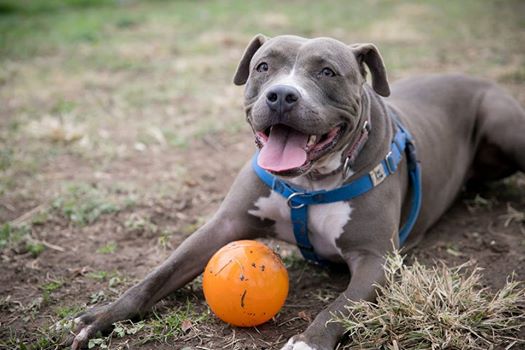 “In April 2018, [Chloe’s foster] Susan and her husband learned that their daughter had accepted a job in Ontario, Canada. She also has a pit bull, Vanna, but Ontario has laws restricting pit bull-type dogs from living within province limits, so Vanna cannot go with her. Susan and her husband agreed to care for Vanna for that year, which begins in May, and it has been determined that Chloe and Vanna cannot live together. Unfortunately, that puts Chloe and her team of volunteers back at square one, which is where nobody thought they would be after all the time, effort, love, and training put into Chloe.” 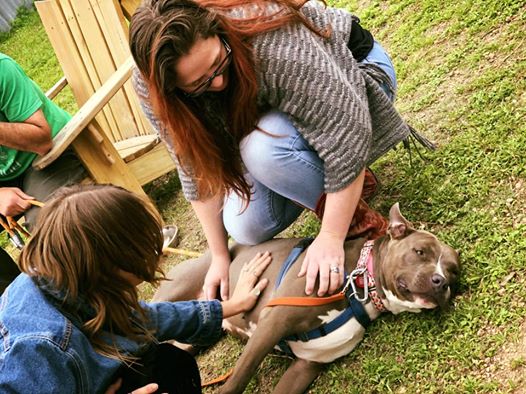 “Chloe has become used to home life. The theory of 3’s for rescue dogs tells us that at 3 months, which is where Chloe is now, trust and love has been built, and that she has an overall sense of security. Chloe thinks she is home. It would be one thing for Chloe to have to acclimate to a new home. There would be some bumps in that road, some obstacles to overcome, but she is a resilient dog and that would be manageable. But it would be extremely distressing for her to return to the shelter at this point. She will be so confused, she will lose the training she has learned, and most importantly, she will lose her feeling of security.” 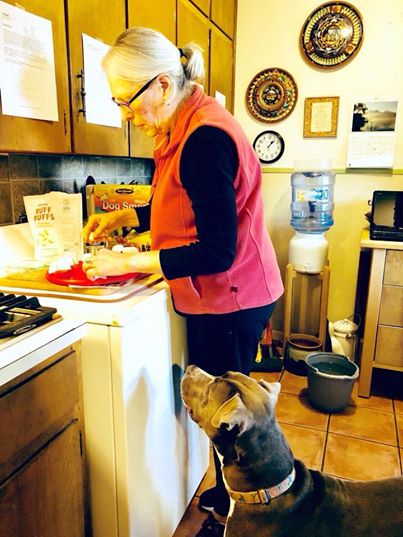 “BSL tears families apart, and blindly discriminates without looking at an individual dog’s nature and personality. We never thought that BSL could stretch its prejudiced, ugly arms all the way from Canada and affect a dog in Texas. We were wrong.”

Kayla and the rest of the staff and volunteers at the Austin Animal Shelter are desperate to find Chloe a place in a new home – whether that be through foster or adoption. Chloe’s support team feel that having her in a shelter again would be failing her. They’ve worked hard, creating a Facebook page just for her, posting Craigslist and Nextdoor ads, posting fliers at local pet stores and taking her to adoption events. They even created a video so people could see for themselves how wonderful Chloe is.

“There are currently no potential fosters or adopters, and it keeps me up at night, not knowing what Chloe’s future is. I have tried everything I can think of, along with other members of her team.

Chloe’s team of volunteers is willing to do whatever it takes to keep her from returning to the shelter, which includes transporting her anywhere in the country if a loving adopter is found. They will also pay for an approved, rewards-based only trainer in their area. They would prefer that Chloe be the only dog for now until she can fully acclimate to her new environment. However, Chloe has shown lots of promise with confident dogs so if someone is interested in Chloe and owns a dog they think may be a good fit with her, we would love to discuss the possibilities of making that happen.”