It’s tough facing the world alone. Just ask Ajax, a handsome, guy who has spent a long time in an animal shelter waiting for a family of his own. A neutered tan and white American Staffordshire Terrier, the staff where he’s lived for roughly a year believes he’s about 2 years and 11 months old and that he weighs approximately 57 pounds.

So, he’s a trim youngster, but he’s been stuck in limbo for nearly a year hoping someone will come along and see him for who he really is: a shy guy who just needs a patient and understanding human to love and be loved by in return. 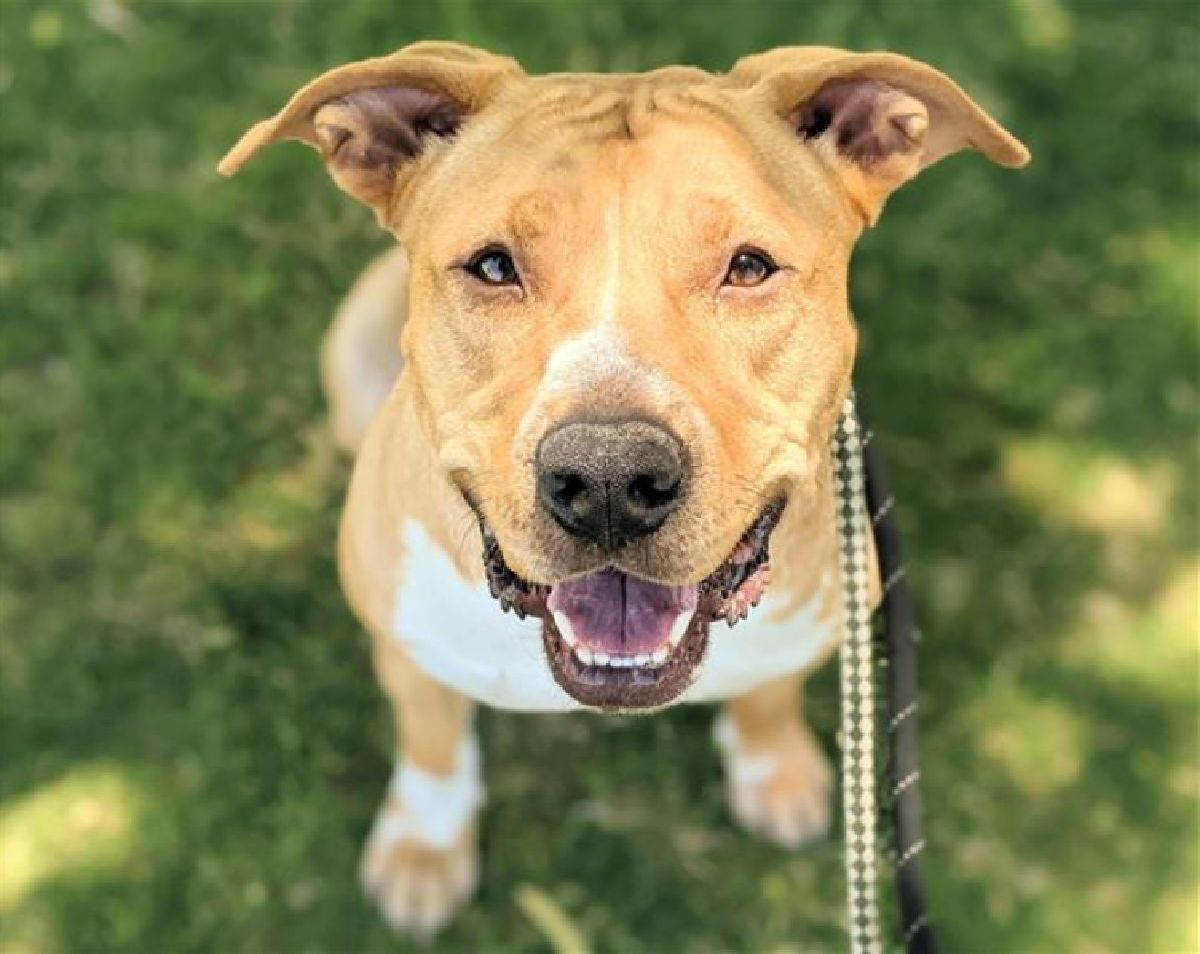 If you know your Greek mythology, Ajax was a man of great stature and colossal frame who was second only to Achilles in strength and bravery. Unfortunately for this Ajax, he’s not as outgoing — which may be why he still hasn’t found a forever home. As the shelter has noted, when you aren’t comfortable with people right off the bat, it’s that much harder to convince a family that you’re the one for them. In fact, Ajax often spends much of his time on the back side of his kennel where the public can’t even see him because it’s quieter and less overwhelming for him there.

Ajax needs a home right now because he, like so many shelter pets, is not thriving in a kennel environment. This long-stay resident needs a special family who can see that he’s deserving of a loving home as soon as possible. 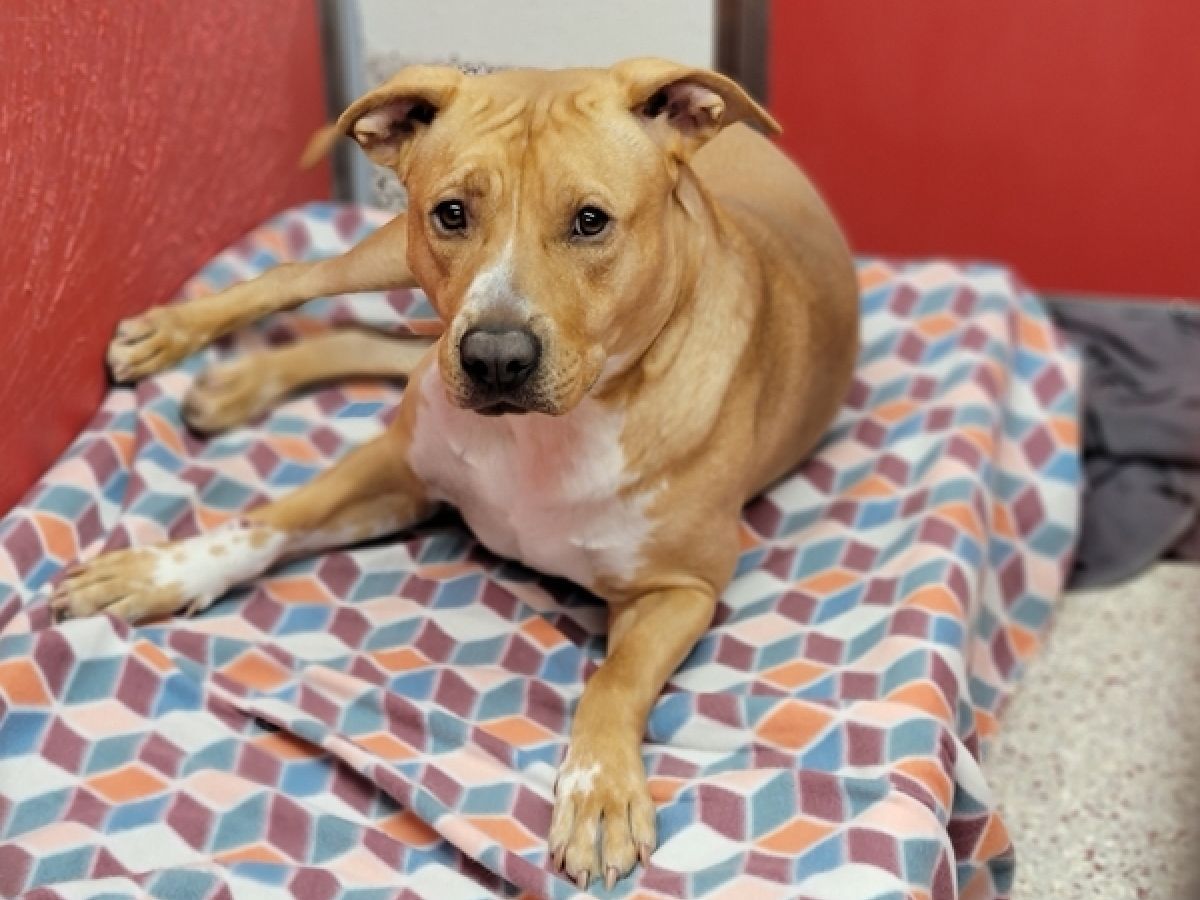 According to Pima Animal Care Center in Tucson, he’s spent time in both a foster home and, briefly, an adoptive home. He’s housebroken and would wait by the door to let his people know he needed a potty break and slept near his person at night. He was also reportedly crate trained and working on being comfortable walking on a leash with a Gentle Leader. That home didn’t turn out to be the right fit, so Ajax returned to the shelter where he’s been waiting… and waiting… and… you got it. Waiting.

An ideal home for this sweet soul will be one with people who will be patient as he settles in and who will continue to work with him on training and socialization. He’ll do best in a quiet environment without constant visitor traffic (or one where he has a safe space of his own to relax in when people come over). Will he be the snuggliest, cuddliest dog you could ever imagine the first night you bring him home? Nope, and that’s ok!!! Let him be himself and come around on his own time. 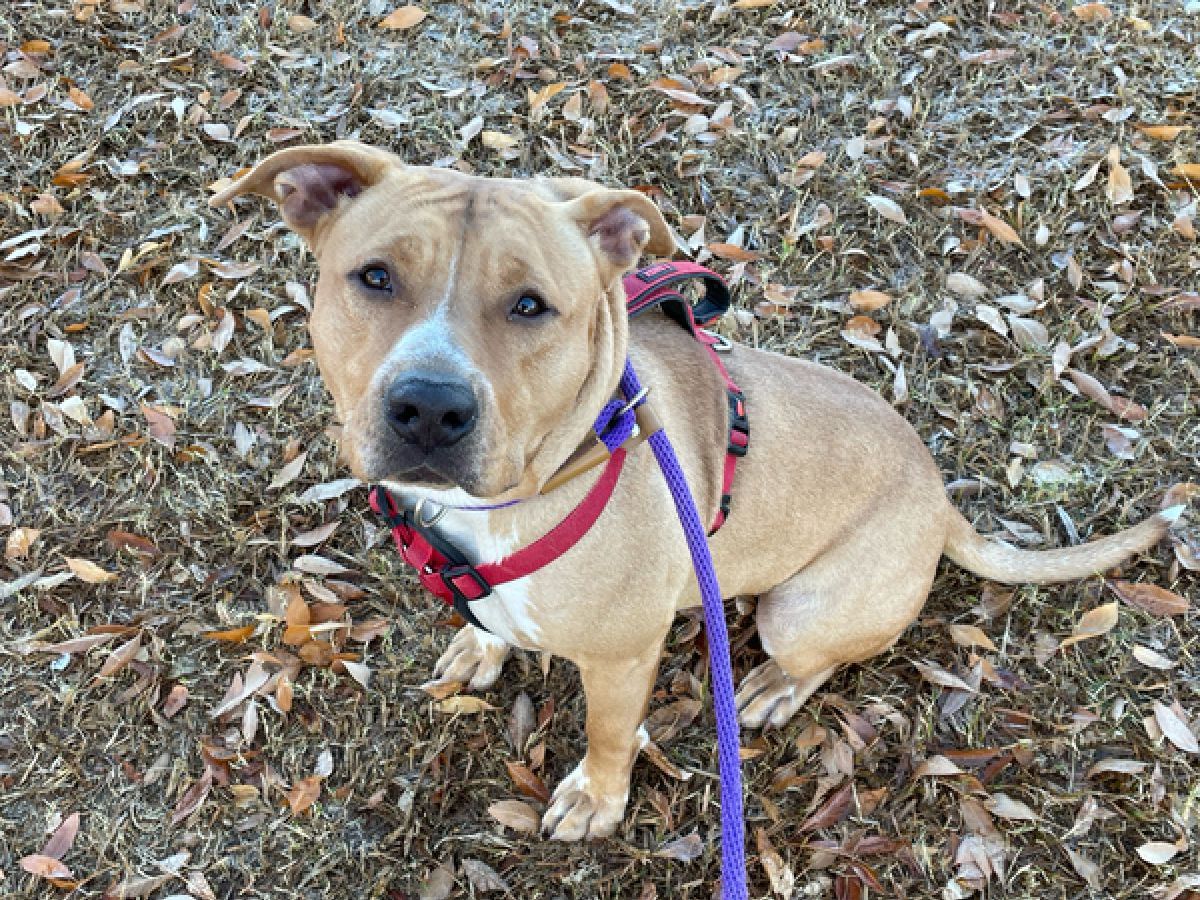 “When I first met Ajax, I gave him a few treats in his kennel to get to know him. Once out, he is a good boy to walk. As time has passed, he is more comfortable with me. I often walk him to the picnic table in the shade and he enjoys a head massage and pets. He enjoys treats, too. We go on different routes, and he likes to stop and sniff along the way.”

“When meeting other dogs in playgroup, Ajax was nervous and preferred to keep to himself. He’d like to meet any resident dogs before heading home to make sure it’s a good fit. Please ask about how you can help Ajax today!”

If you are interested in learning more about him, you can email pacc.adopt@pima.gov with additional questions. Ajax is in Kennel D124 and his ID# is A753452. Please share this him with everyone you know!