In a watershed moment for animal rights, Taiwan has banned the practice of consuming cats or dogs and instituted stiff fines and jail time for those found to be involved with the trade of such animals for meat.

Whether the island nation’s Asian neighbors will follow suit is yet to be seen, but the fact remains that the Animal Protection Act amendments approved by Taiwan’s government are some of the most progressive and sweeping measures a country in Southeast Asia has ever put forth in establishing rights for domestic animals.

Those found guilty of buying, selling, or eating dog or cat meat in Taiwan face between NT $50,000 (USD $1,635.86) and NT $2 million (USD $65,434.32) in fines. Repeat offenders could face up to five years of imprisonment as well. Also included in the amendments are provisions against walking or running pets alongside motorized vehicles, another popular practice among pet owners that has come under strict scrutiny.

“Previously, the Animal Protection Act only covered the slaughter and sale of dog and cat meat, but this amendment specifically prohibiting the actual consumption of dog meat today is welcome,” Jill Robinson, founder and CEO of Animals Asia Foundation, told CNN. 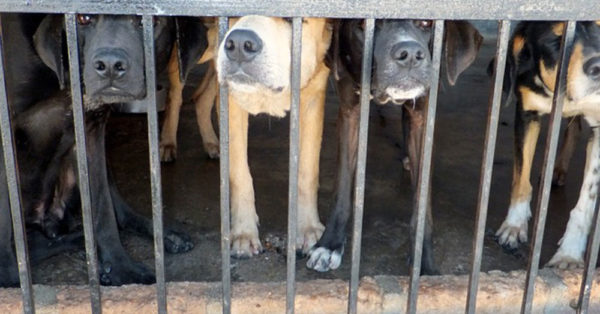 According to Taiwan’s Central News Agency, violators of the new amendments could find their names, photos and charges published online and in newspapers.

Support for the legislation isn’t in short supply, and public outrage toward the torturous conditions animals sold in the meat trade face has increased in recent years with each new report. Groups like Humane Society International and Animals Asia have been working tirelessly to rescue dogs and cats from illegal operations, with the long-term goal of prompting legislation. 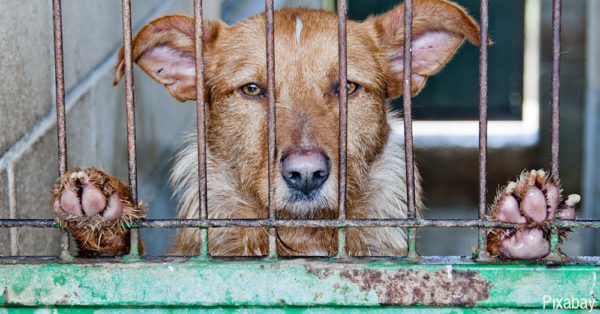 Almost half of the 3,221 individuals Animals Asia interviewed in 2015 said they thought killing and eating dogs and cats should be punishable by law.

“The public too are becoming increasingly sympathetic with the plight of dogs, recognizing the criminality behind the industry, the enormous benefits that dogs bring to society and the comfort they give to the families they belong to,” Robinson told CNN.

Even the president of Taiwan, Tsai Ing-wen, has a close relationship with animals. Her two cats were commonly seen in her candid photos during her election campaign, according to CBS. After winning the election in May 2016, Ing-wen adopted three dogs.

As soon as the amendments are signed by the Taiwanese Cabinet and Presidential Office, likely before the end of April, the new laws will take effect.

As the dogs and cats of Taiwan breathe a long-awaited sigh of relief, efforts to establish similar protections for dogs and cats throughout the rest of Asia are still ongoing. Click the button below to see how you can lend your voice and help!