When Jessica Aliff saw the Craigslist ad for a blind, diabetic senior Pug named Cinderella in need of a new home, the animal rescuer within her took over. Although she was already the adoptive mama of three other rescue Pugs and three rescue cats, Aliff just could not bear the thought of the helpless pooch falling into the wrong hands.

She contacted Cinderella’s owners, and soon the little old lady became the latest lucky resident of the Aliff house. 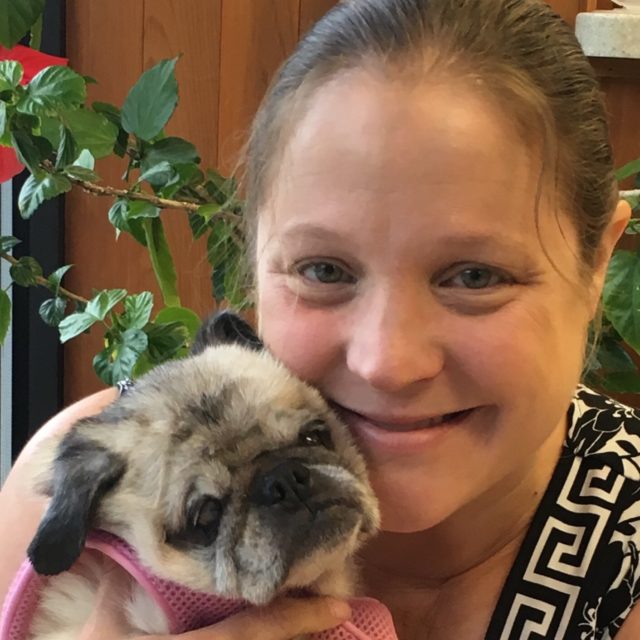 The Connecticut teacher adopted her first Pug – a pooch named Nikki – 5 years ago during a difficult period in her life. She told iHeartDogs that as soon as Nikki hopped into her car, she fell in love.

“She brought joy and happiness back into my life when I thought maybe it wasn’t possible anymore,” Aliff said. “I was so excited to go home each day from work to see her.  When I cried about the things that were still affecting me, she would crawl up on my lap to see if she could help.  I just couldn’t believe how much love I had for a tiny little dog!” 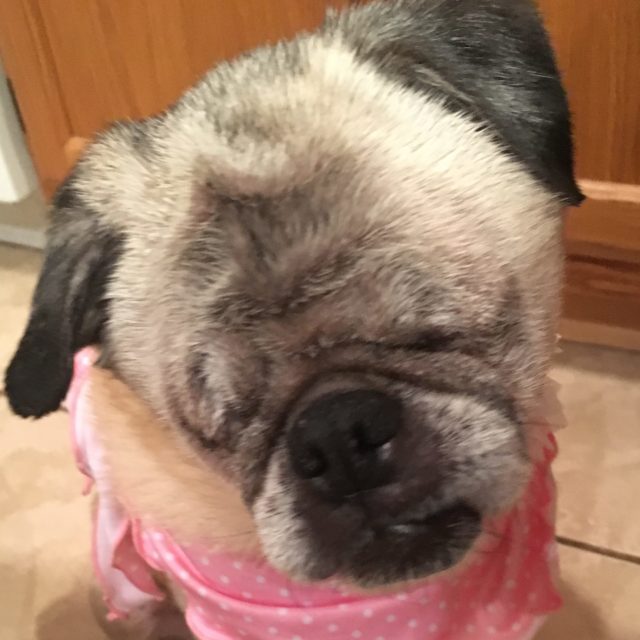 Wanting to give back and spread the love, Aliff got involved with a Pug rescue group, fostering 7 dogs as they awaited their forever families. She also met and adopted her second and third Pug children, Poncho and Ollie. 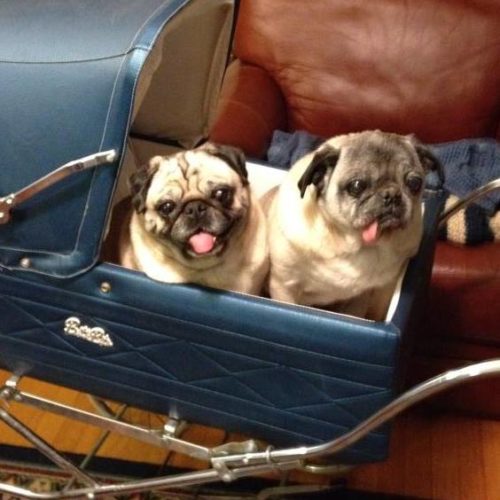 Aliff had no intention of adding another pet – until she saw Cinderella’s Craigslist ad.

“Being part of the rescue world, you hear horrible stories about dogs that were sold or given away online only to find out they were used as bait dogs,” Aliff explained. “I couldn’t imagine that happening to this poor, defenseless girl!” 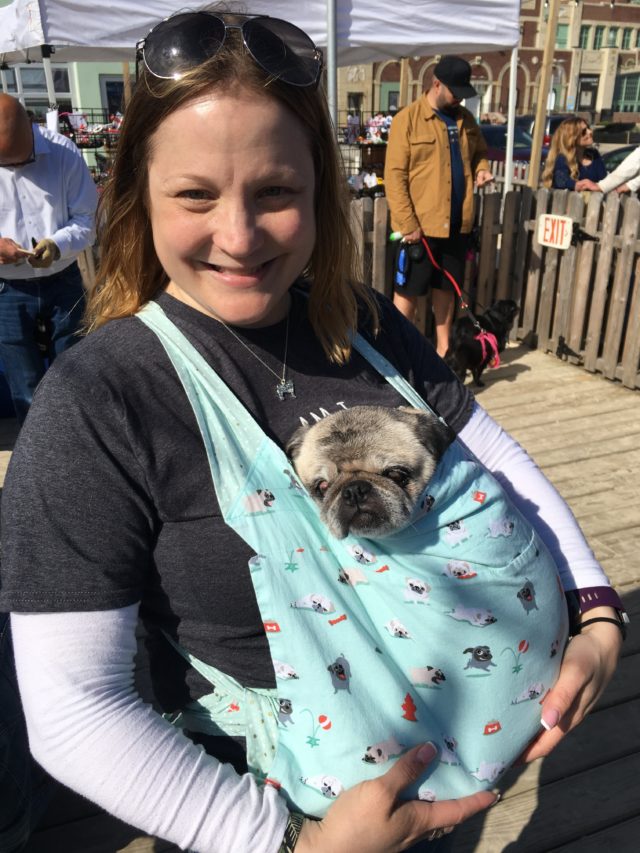 Although well-equipped to care for a senior Pug, Cinderella is the first diabetic Aliff has taken in. Thanks to a Facebook support group for owners of diabetic canines, she soon had the routine of daily blood glucose tests and insulin injections mastered.

Unfortunately, Cinderella’s eye condition was not improving. Already blind, her eyes also bulged uncomfortably from abnormal ocular pressure. After six months of medications and appointments, the veterinary ophthalmologist recommended a double enucleation (eye removal) to improve her quality of life. 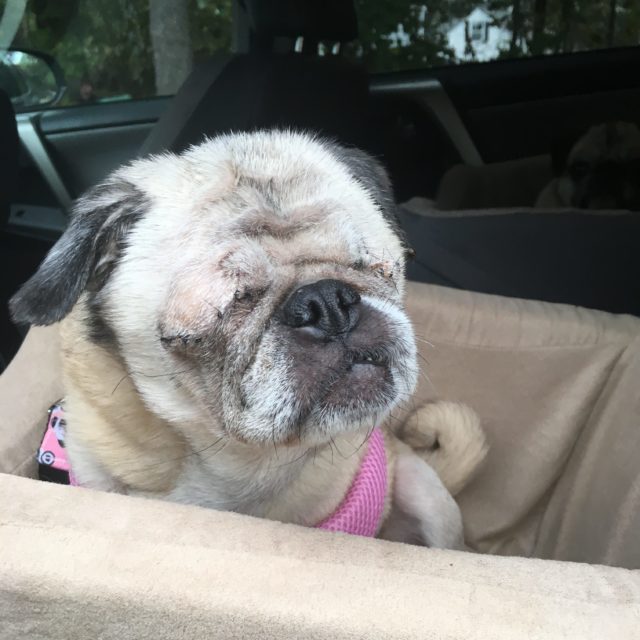 According to Aliff, Cinderella is now happier than ever! She gets along famously with her canine and feline siblings – as long as they don’t get too close to her food – and adores being carried about in her baby sling.

Aliff’s boyfriend also has three rescue Pugs of his own for a total of seven squishy, snorty, curly- tailed pup pals! 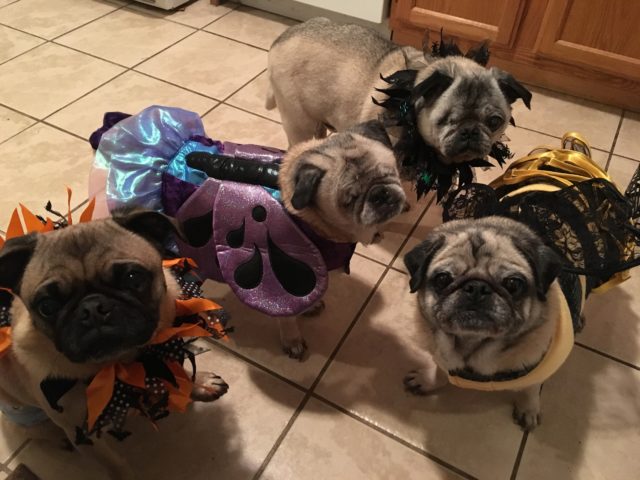 When asked what she would like readers to know about adopting special needs pets, Aliff told iHeartDogs:

“I hope that people will take away the idea that adopting a senior and/or special needs animal is not as scary as they think. These animals have just as much love to give, if not more [than any other].  It is sometimes expensive, but the love they give you in return is priceless!  With only small adjustments, these animals are not much different than having any other pet.”