In the Houston, Texas area, seven dogs crowded into cardboard boxes were hauled into an overcrowded shelter on Wednesday. A shelter rescue volunteer could barely manage to keep the tears from rolling down her cheeks. 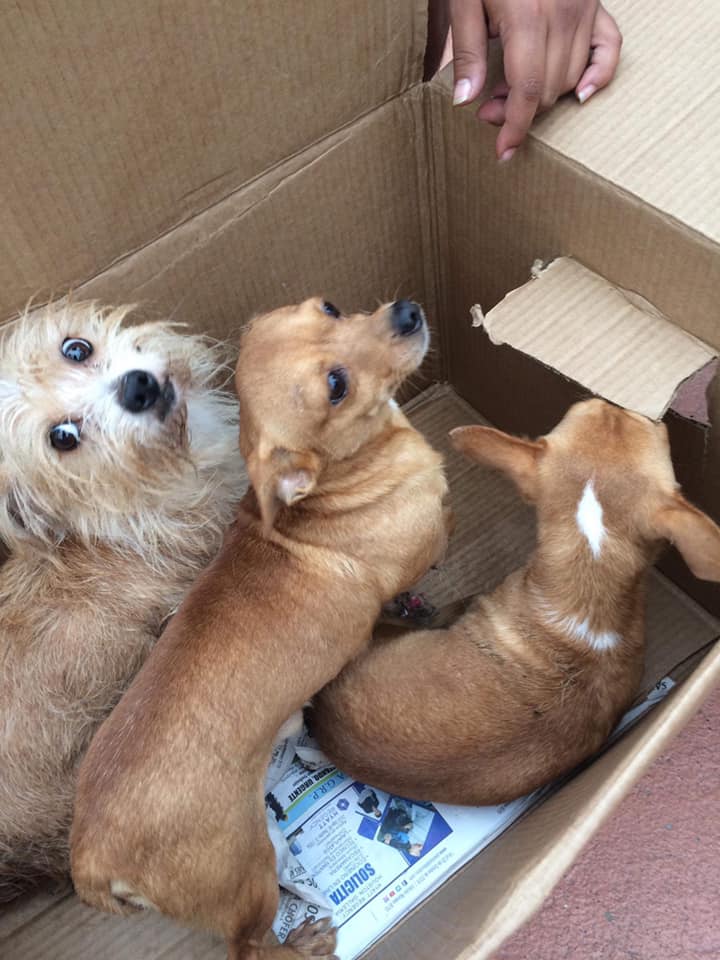 As the owner waited for the seven dogs to be checked in -six adults and one puppy, the volunteer who had been at the shelter to pick up another dog, called Rescue Dogs Rock NYC co-founder Stacey Silverstein for help. 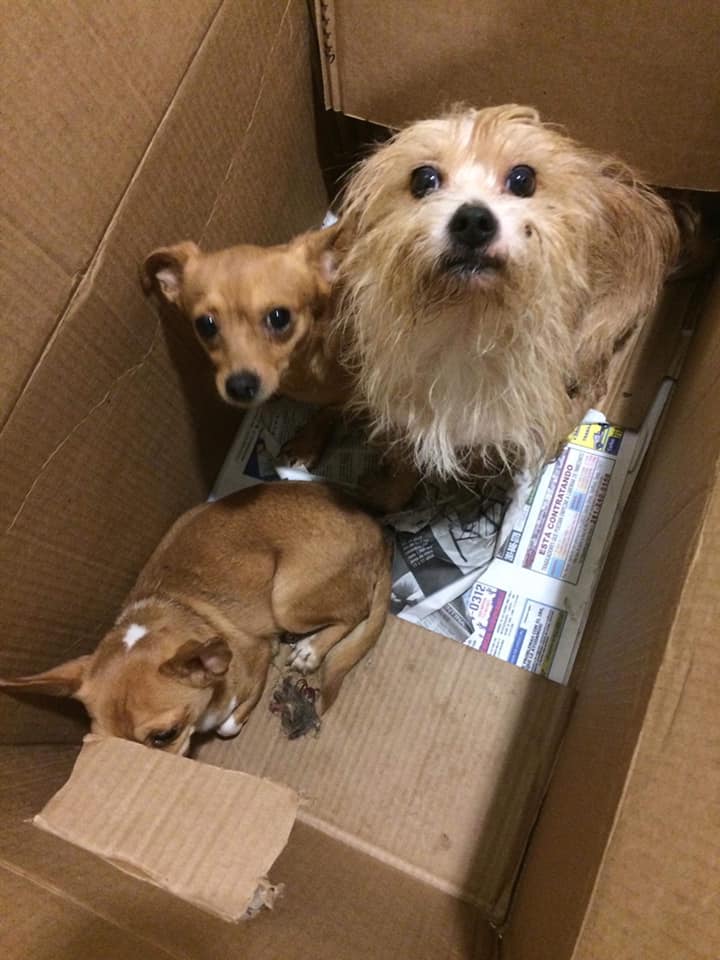 “… called me immediately to see if we could help. As I was deciding as 7 additional dogs are a major undertaking for the rescue, our volunteer was stating the shelter staff were ready to scan and take them in,” Stacey said. “So knowing what will happen to them most likely and looking at these precious faces being hauled around in a cardboard box, we just could NOT turn our backs on them.” 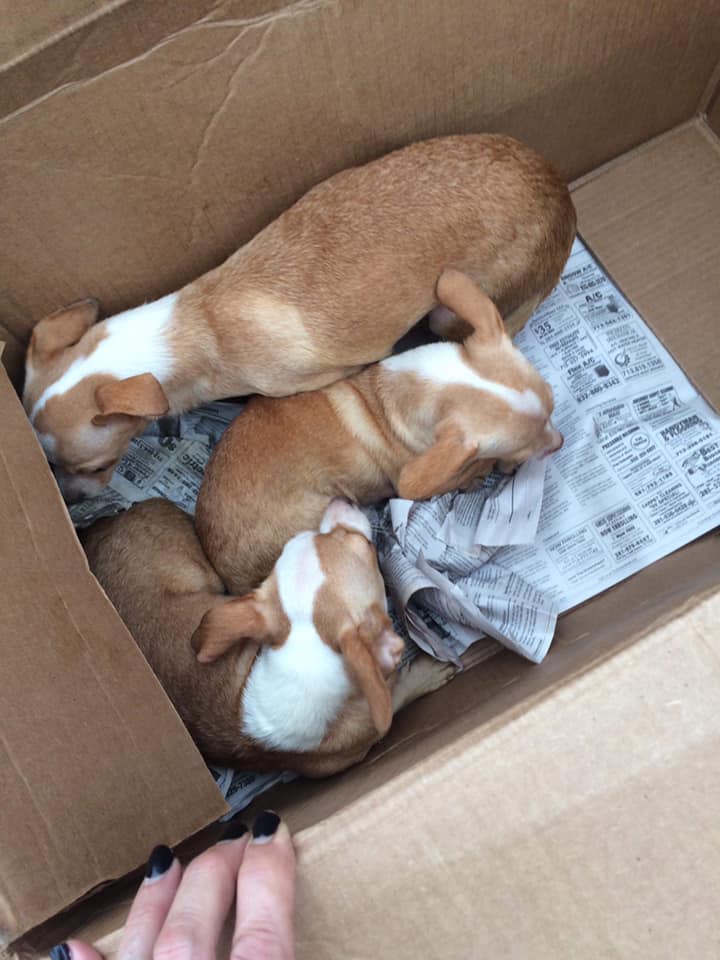 And in a split second, Stacey agreed. All seven dogs are safe and receiving medical care. All but one of the dogs tested positive for heartworms which means the dogs all lived outside their entire lives. Each dog’s treatment will cost $600. In addition they will all need necessary vaccinations, spaying, neutering and whatever else shows up. 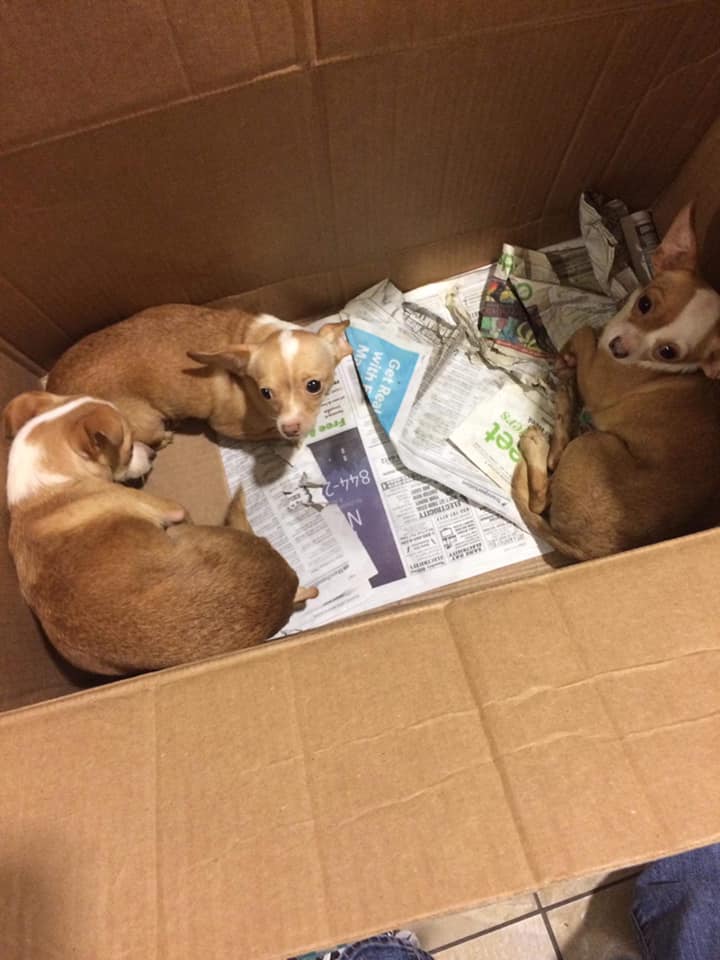 When they are all well, they will be made available for adoption.