Some people might have felt ashamed for taking a family member to prom after not being able to find a date, but not Sam.

Sam Steingard of Germantown, Maryland was quite proud to have Ruby on his arm.

That’s because Ruby isn’t his cousin or even his sister. Ruby is the family cat and he knew that she would be the purrfect prom date. And when prom night came around, Ruby was dressed to the nines and ready to party.

“My brother took our cat to the prom… My mom (Joanne) decided to buy our cat a dress and a sparkly collar so my brother would have someone to take pictures with,” Sam’s sister Caroline Steingard told Love Meow. 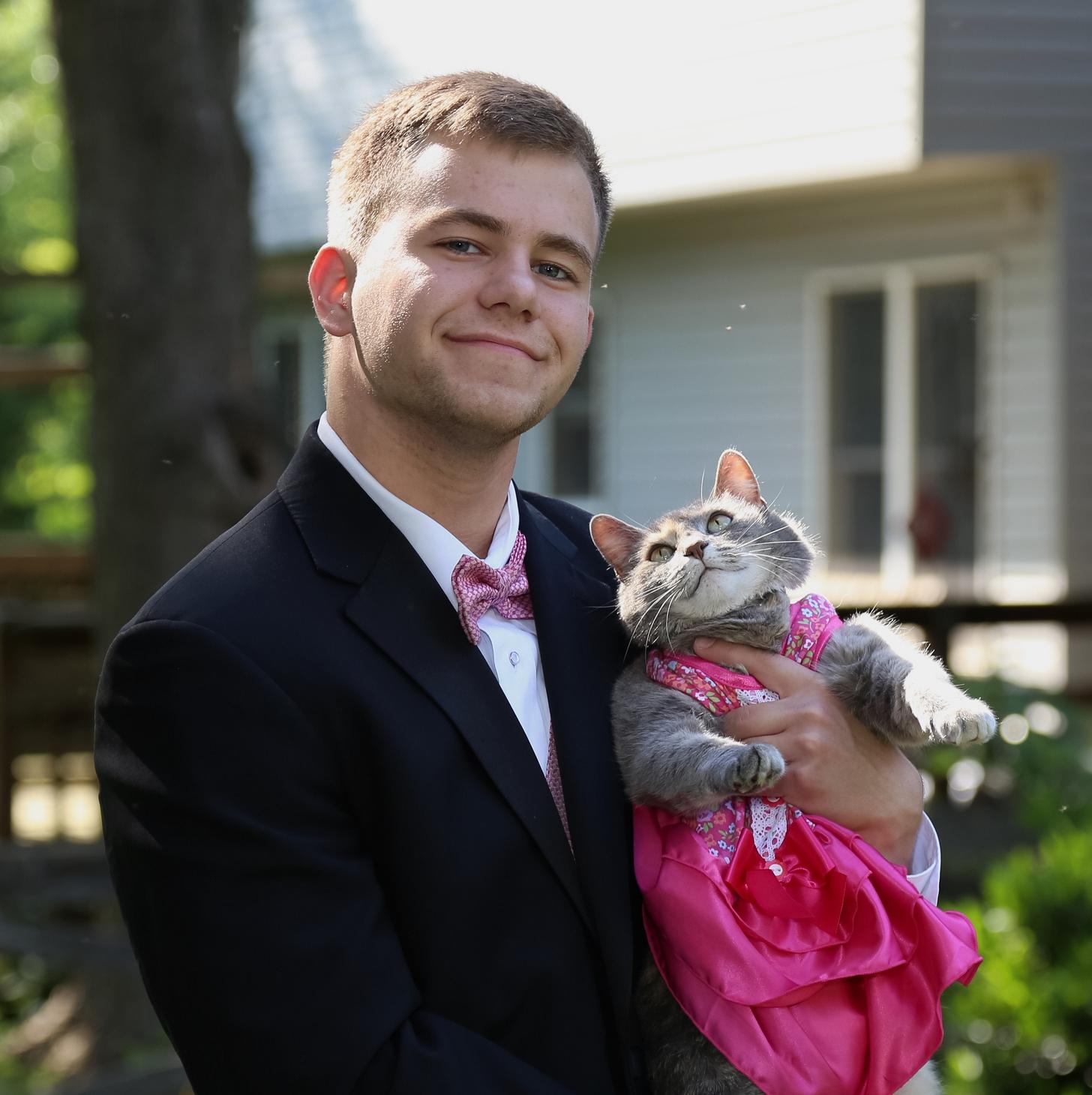 Sam told BuzzFeed that he chose Ruby as his prom date because he wasn’t planning on staying long at the event.

However, he was actually unable to take her along with him.

Caroline ended up sharing the photo on Imgur where it went viral and inspired a Photoshop battle by fans of the photo.

They Photoshopped Sam and Ruby into the prom itself… 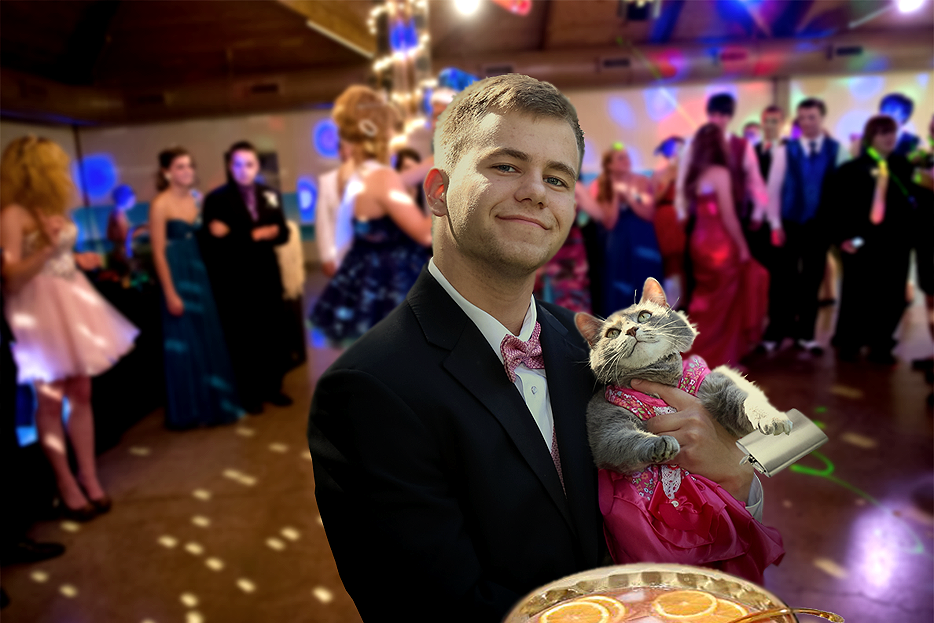 And with a smoochy faced John Travolta… 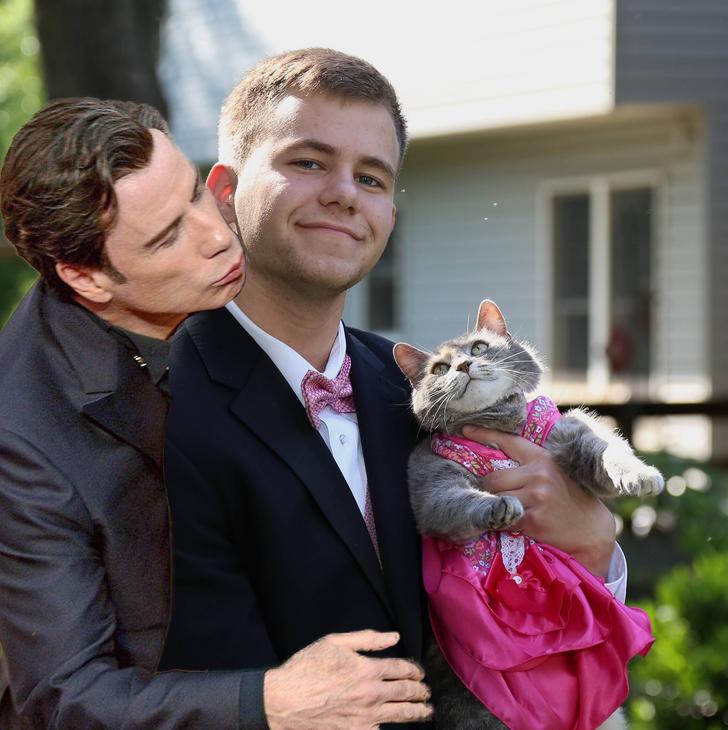 People on the internet were also obsessed with the way this dear cat is so loving looking at Sam in this photo.

“I hope that someday someone will look at me the way she looks at him,” said another.

Ruby’s probably staring at Sam that way because they’ve grown quite fond of each other over the years.

“She loves Sam because he likes to talk to her in a baby voice and he will give her treats once in a while,” Caroline told Love Meow.

“Since being home on summer break Sam did build her a little cat fort out of a cardboard box and an old tee shirt. Even though she has a $40 heated cat bed, she prefers the homemade fort.” 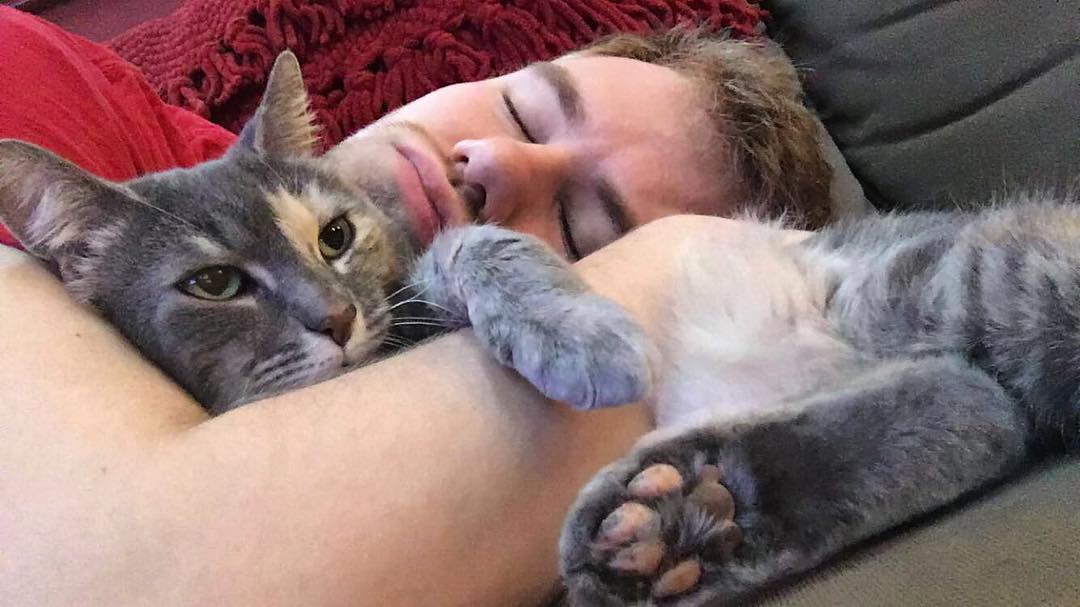 The Steingards found ruby about 10 years ago behind a Ruby Tuesdays which is how she got her name. Ruby loves people and her neighbors.

“When I was younger, she would walk with me to school and then when we arrived she would walk herself home and meet me there after school. She’s a great cat.” Caroline said.

Both Sam and Caroline miss Ruby very much when they are away at college, which is why she gets extra love and cuddles when they come.