What goes up must come down. It’s about as basic as it gets… even Summer the dog knows it.

But what she also understands is one of the basic tenets of aerodynamics: The smaller you are, the higher you’ll go. A few months ago, she was quietly mulling over the principles of Newtonian physics while watching her dad toss her little brother up in the air.

She did some quick calculations and a comparative analysis. And you know how sibling rivalries go: She may be smaller, but for once, that’s to her advantage! He’ll be so jealous when he sees how high she goes… 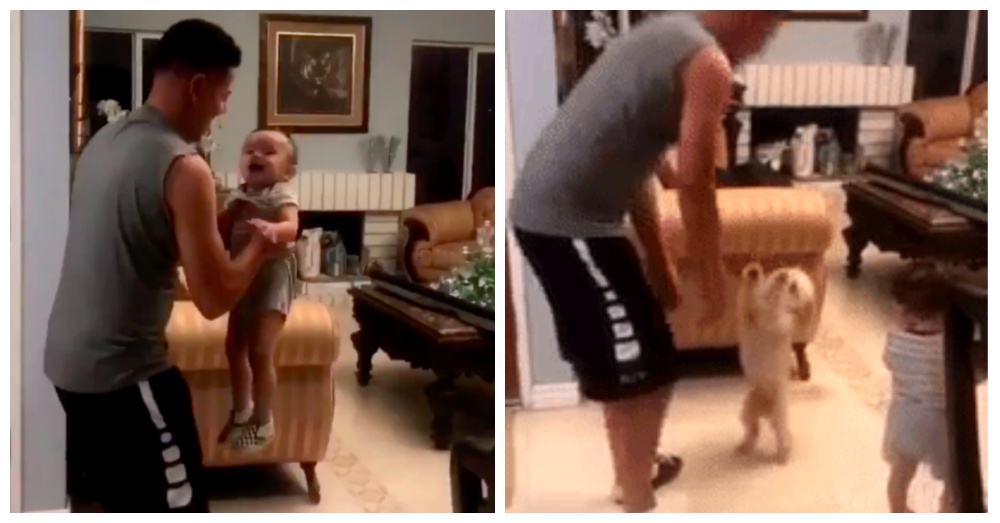 Dad could toss her up to the ceiling if he really wanted to, but of course, he’s as careful with her as he was with his son. She only catches an inch or two of air: 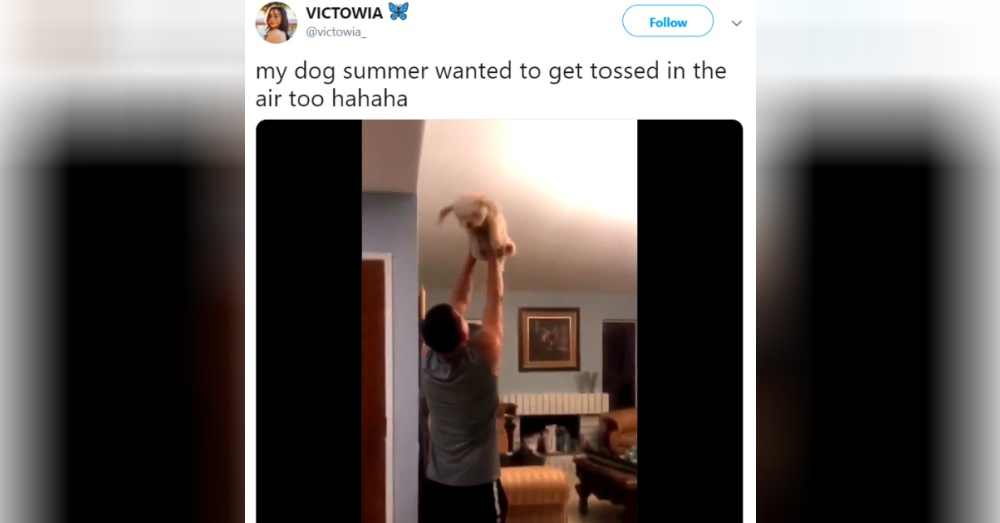 Of course, as soon as Twitter user @victowia_ shared the little gem on the social network, viewers were quick to chime in with adoring comments:

“Baby giggles are the best,” wrote one user, others couldn’t get over how much of an attention hog little Summer is. Inspired by the cuteness overload in the video, another commenter chose to throw caution to the wind saying, “That’s it. [I don’t care] what my landlord says, I’m getting a dog.”

Watch Summer’s flight in the video below, and don’t forget to share to warm more hearts!

my dog summer wanted to get tossed in the air too hahaha pic.twitter.com/ElQTtDFPUq