Nutmeg, a 7-month-old puppy, was a stray who lived outside in Alberta, Canada. On January 14, 2017, she was hit by a car in a hit-and-run accident.

She had to just lie there and hope that people would eventually find her and be able to help. Nutmeg lay in the snow for at least 12 hours before some teenagers spotted her and decided to help. They called security, who got in touch with the Alberta Spay Neuter Task Force.

The organization sent out their dog care and control advisor to pick up Nutmeg, then they brought her to the vet. 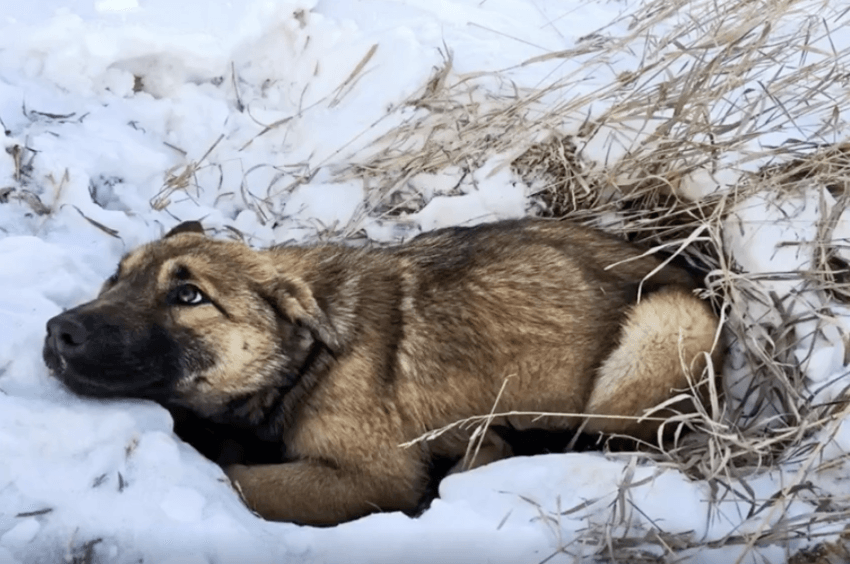 There, Nutmeg was given pain medication and a veterinarian set her pelvis. 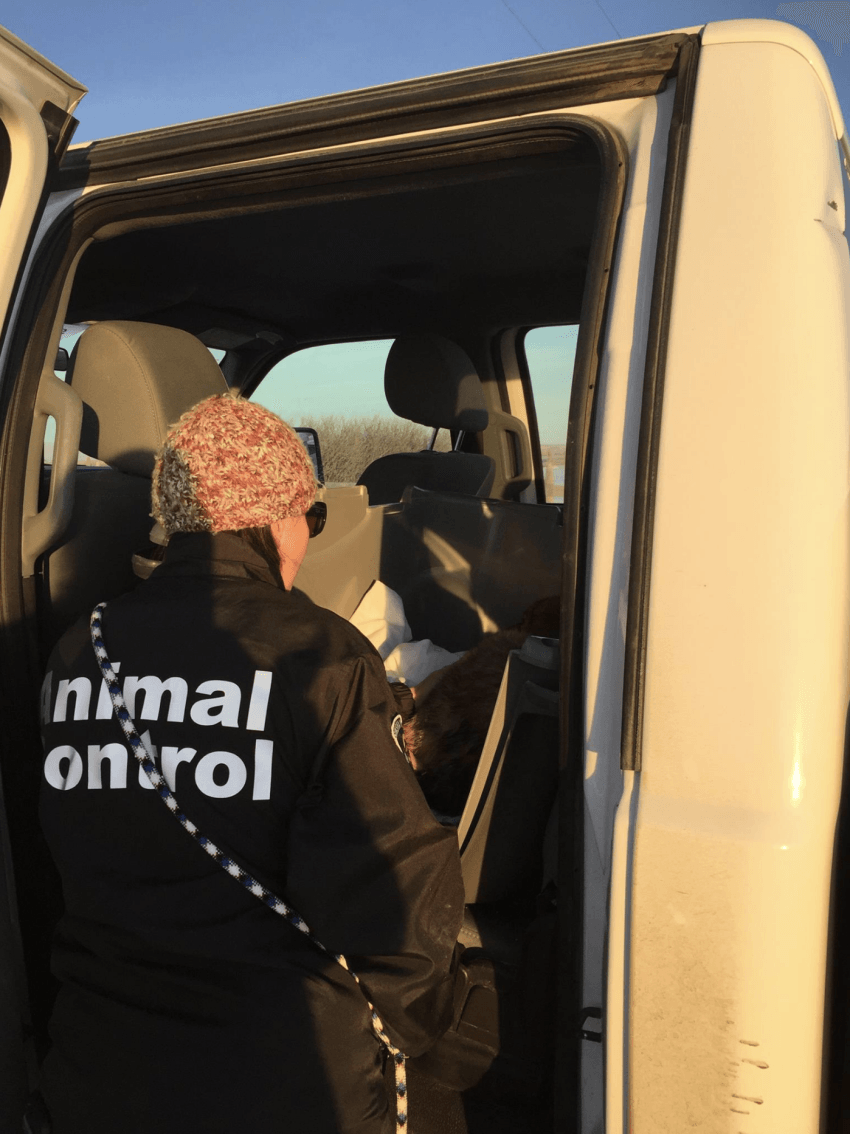 After that, the dog care and control advisor took Nutmeg to the Alberta Animal Rescue Crew Society. 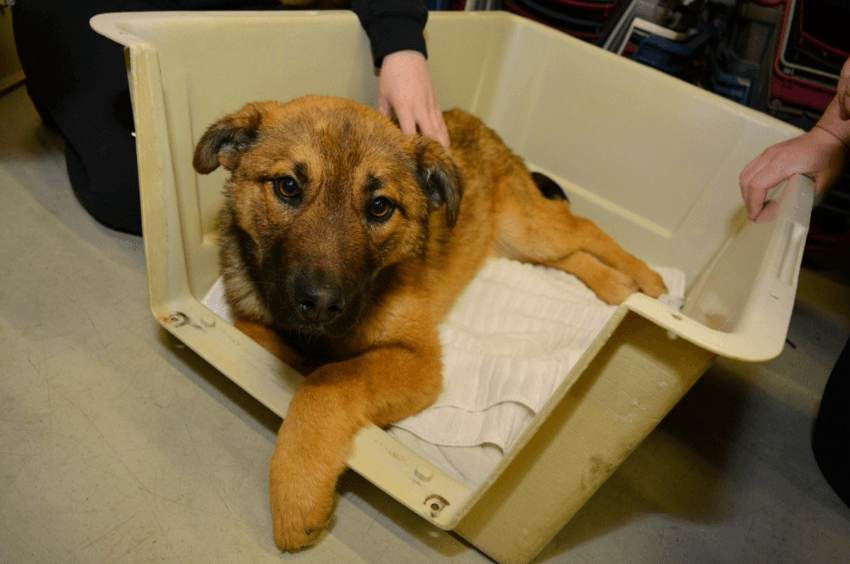 Despite her pain and fear, staff at the AARCS say Nutmeg is “sweet” and “lovey-dovey.” They believe Nutmeg is a German shepherd mix. 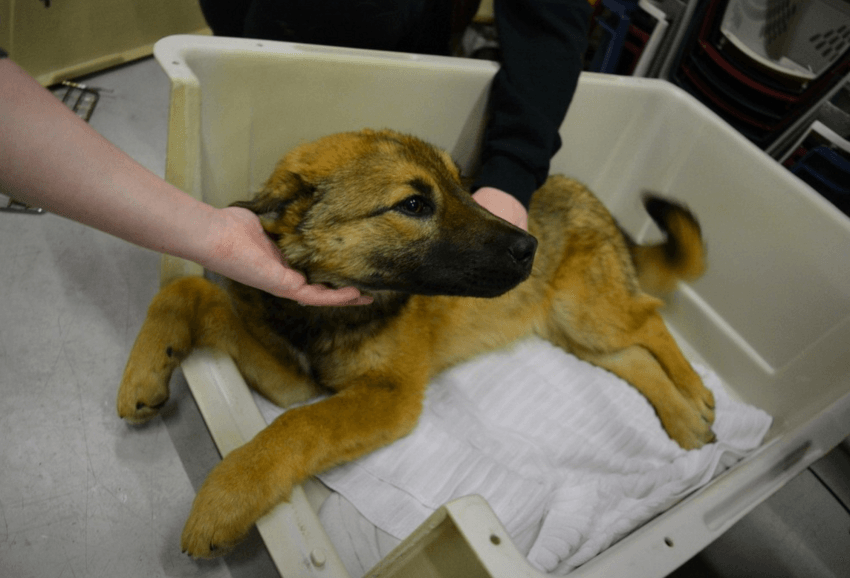 For the next six weeks, Nutmeg will be healing in a foster home, trying to get back to full health. 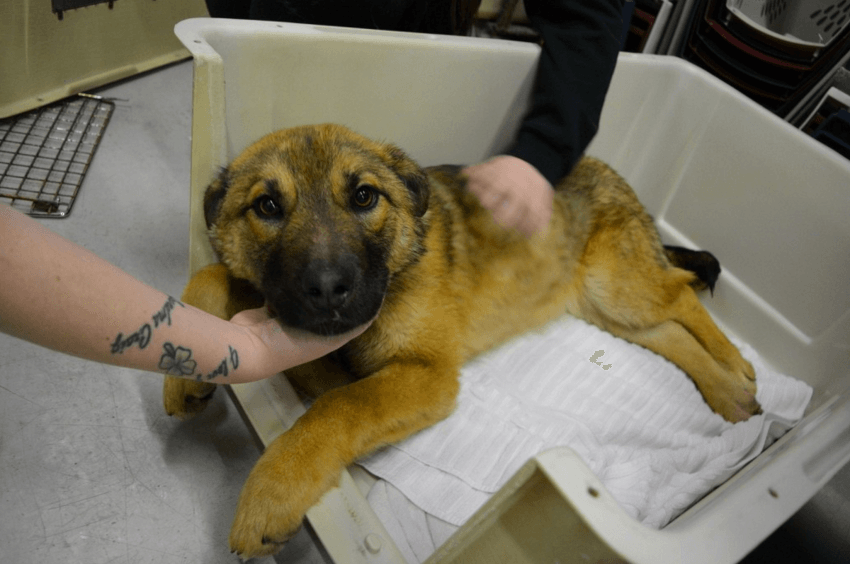 After that, Nutmeg will be available for adoption. Who could resist that little face? 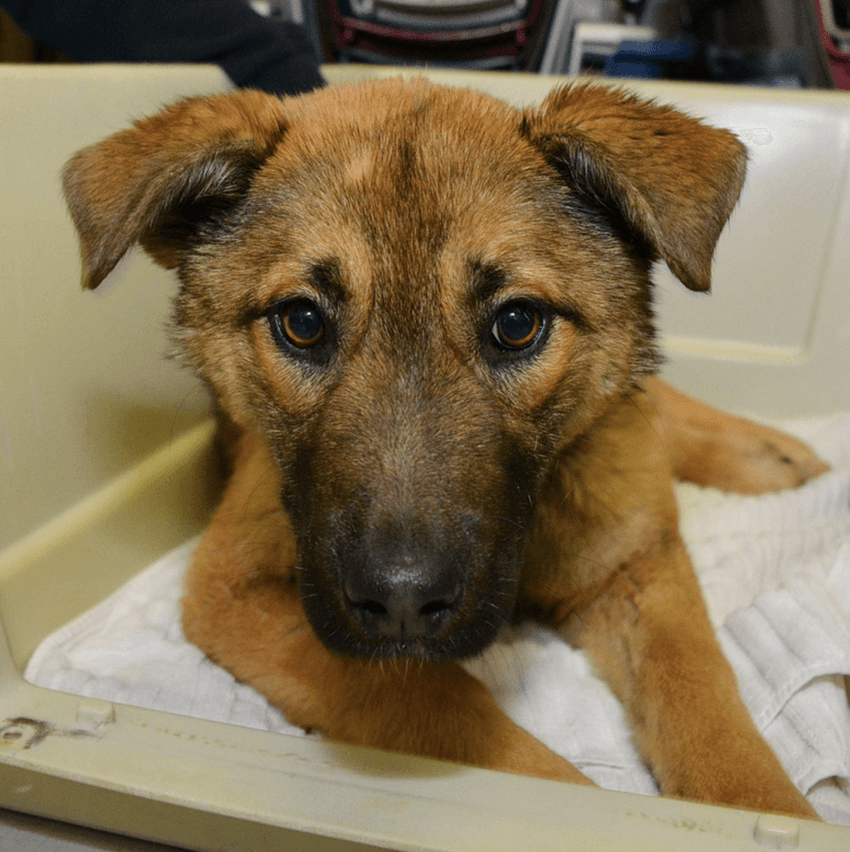 If you love this pup and are so glad rescuers found her, please SHARE this story on Facebook!