When Fritos was found living alone on the streets, his skin was itchy and irritated, and he was missing patches of fur. Luckily, the loving folks at the San Antonio Humane Society took him in, and immediately went about trying to treat him.

A year and multiple tests later, poor Fritos is still living with this itchy “mystery condition,” even though vets have ruled out lots of potential causes for his symptoms. 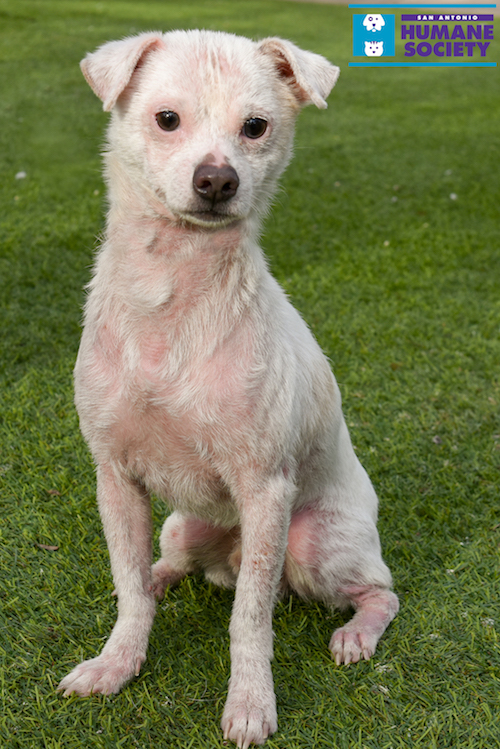 According to the San Antonio Humane Society:

With so many conditions ruled out, there’s really only one likely culprit left.

“A skin biopsy revealed a possible, but unfortunately vague, cause: allergies. But allergic to what? In a shelter environment, with over 150 dogs and cats to care for, it would be difficult to limit Frito’s exposure to whatever allergens were causing him grief.” 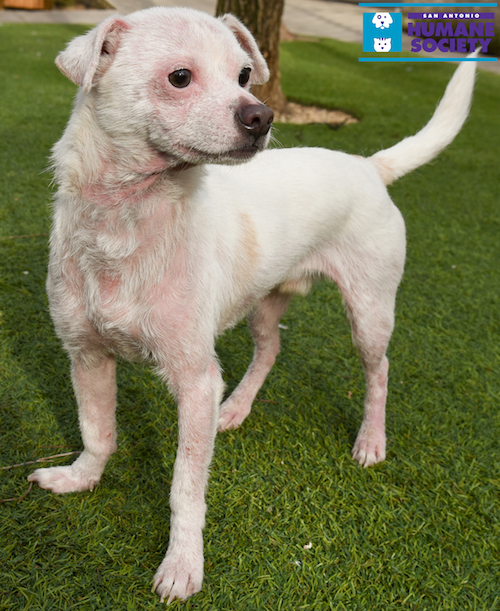 Staffers caring for this docile Chihuahua mix were desperately hoping that sweet Fritos would find a forever family who could give him special attention and relieve him from the stress — and possible allergens — that come with shelter life.

“We’ve come to a point where we believe the best thing for Fritos is a permanent home with a dedicated family committed to treating his condition.”

After being homeless, then spending a year in the shelter with his frustrating condition, Fritos finally got exactly what he’d been hoping for: a forever home! 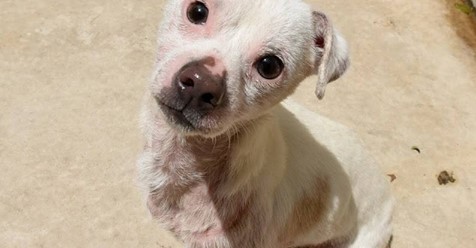 We’re so glad that this family found it in their hearts to give this precious boy a safe and loving home where hopefully, he’ll be able to make a full recovery! 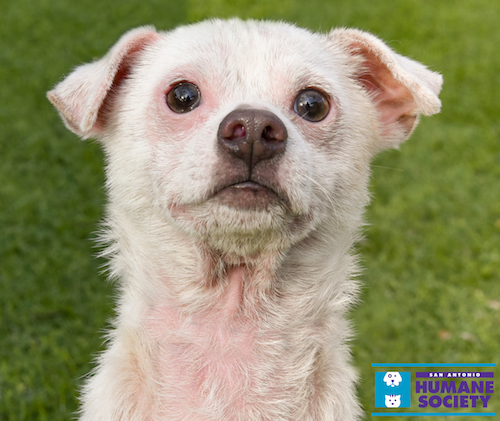 After all, the healing powers of love can be pretty amazing, right?